Hungary fines Ryanair over raising prices to cope with tax 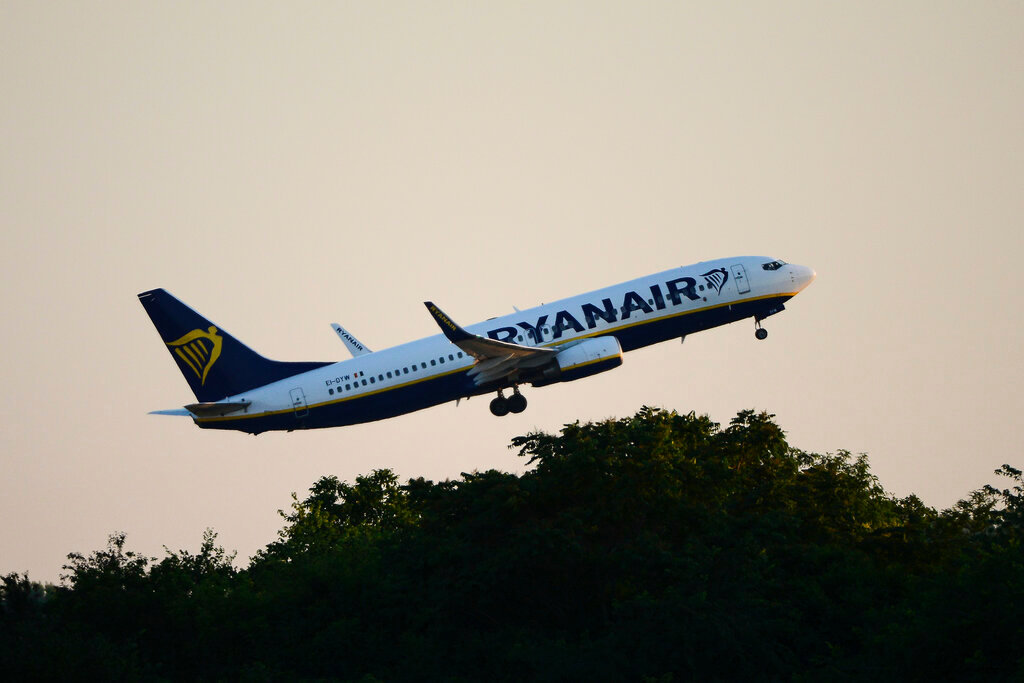 BUDAPEST, Hungary (AP) — Hungary accused Ryanair of consumer protection violations and fined it more than three-quarters of a million dollars after the budget carrier raised ticket prices to cope with a tax on what the government calls “extra profits" of industries ranging from airlines to banks.

Justice Minister Judit Varga wrote Monday on Facebook that an investigation against Ireland-based Ryanair started in June and found “unfair trade practices," triggering a fine of $777,058.

The fine is the first tied to the tax, which led Ryanair and others to increase prices. Hungary has said costs should not be passed along to customers.

Ryanair says it will “immediately appeal any baseless fine" but that it hasn't received notice of one. It pointed to European Union law allowing airlines to set fares for flights within the 27-nation bloc without interference from national governments and says it will appeal to EU courts if needed.

Prime Minister Viktor Orban's right-wing nationalist government says industries from banking to insurance to airlines that have enjoyed “extra profits” arising from soaring demand after the COVID-19 pandemic should contribute to the country's economic recovery. His government blames the war in Ukraine and EU sanctions against Russia for woes like the skyrocketing energy prices, its currency weakening to record levels, and inflation reaching 12.6% in June.

The government has said it hopes the tax will raise $2.1 billion to maintain a program that reduces people’s utility bills and bolsters the military.

The economic problems “require that whichever multinational companies that make extra profit should pay their share of the costs of the overhead protection and the national defense," Varga wrote Monday.

Economists have said some targeted industries like fossil fuels and banking are making higher-than-usual profits, but most are not. Ryanair CEO Michael O’Leary has called the tax “highway robbery” and “idiotic,” calling on the government to end it.

Ryanair, British low-cost airline easyJet and Hungary-based budget carrier Wizz Air, have said they would add around 10 dollars to each ticket to cover the costs of the new tax.

US case against American Airlines and JetBlue heads to court