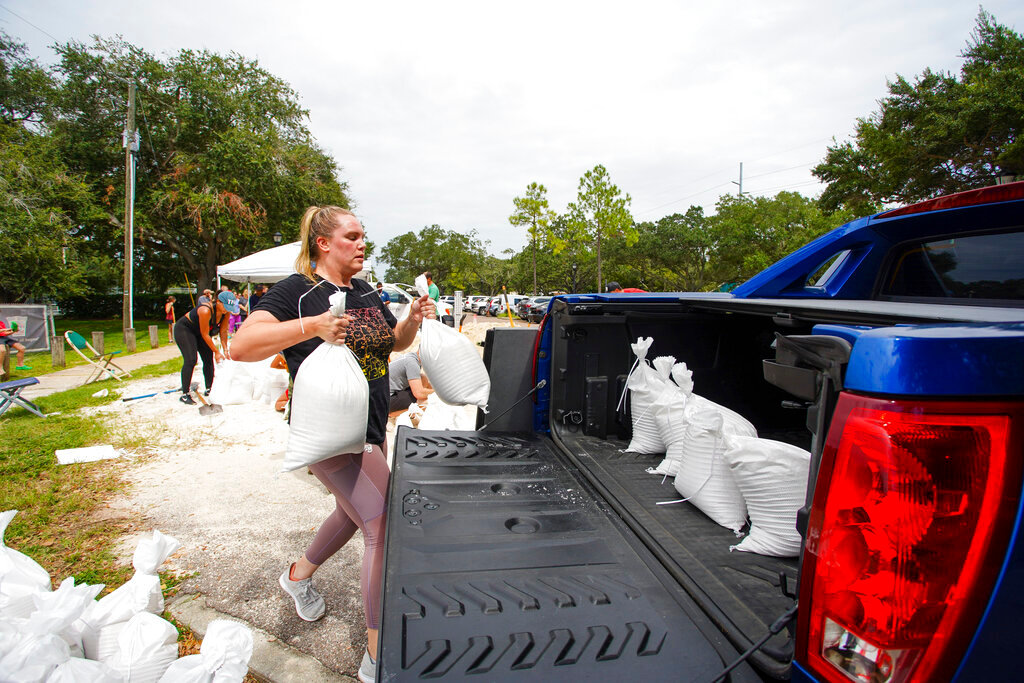 Victoria Colson of Tampa loads sandbags into her truck along with other Tampa residents who waited for more than two hours at Himes Avenue Complex to fill their ten free sandbags Sunday, Sept. 25, 2022, in Tampa, Fla. (Luis Santana/Tampa Bay Times via AP) 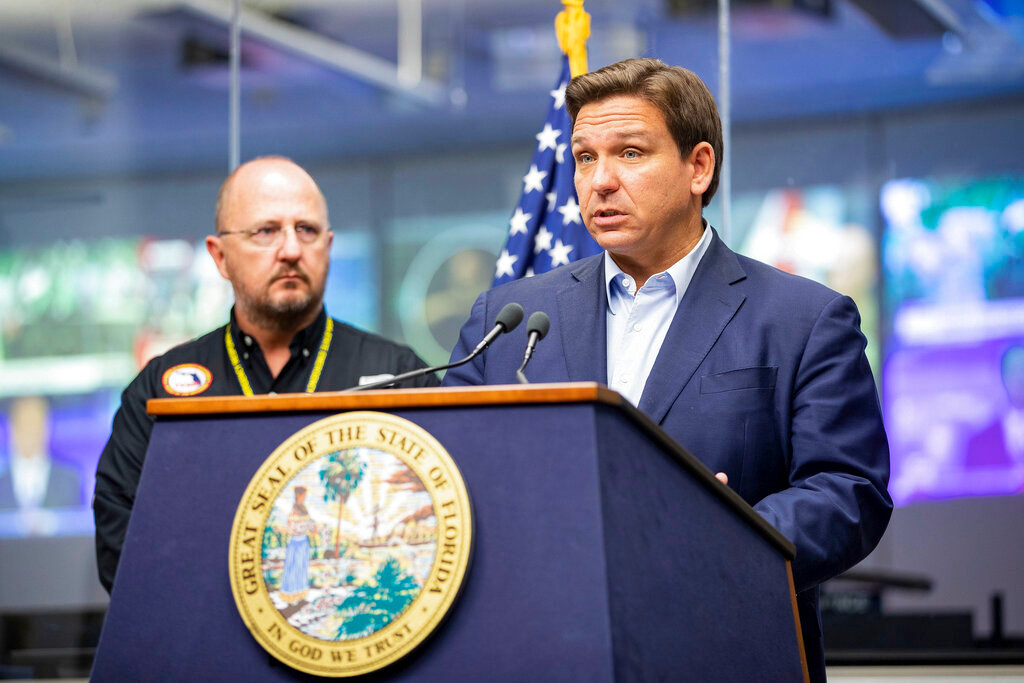 HAVANA (AP) — Hurricane Ian moved near the Cayman Islands and closer to western Cuba early Monday on a track to hit Florida as a major hurricane this week.

Ian was forecast to intensify rapidly and become a major hurricane as soon as late Monday before becoming an even stronger Category 4 hurricane over warm Gulf of Mexico waters before striking the west central coast of Florida on Wednesday.

At 8 a.m. EDT on Monday, Ian was moving northwest at 14 mph, about 90 miles west-southwest of Grand Cayman, according to the center. It had maximum sustained winds of 75 mph.

Cayman Islands Premier Wayne Panton said in a video posted Sunday that members of the government and opposition were working together “to ensure that our people are made as safe as possible -- the supplies, plywood, in some cases sandbags, are distributed so that they can safely weather this storm..... We must prepare for the worst and absolutely pray and hope for the best”

The hurricane center said "Ian is not expected to spend much time over western Cuba, and additional strengthening is likely over the southeastern Gulf of Mexico on Tuesday. Ian is likely to have an expanding wind field and will be slowing down by that time, which will have the potential to produce significant wind and storm surge impacts along the west coast of Florida.”

A surge of up to 8 feet of ocean water and 10 inches of rain, with as much as 15 inches inches in isolated areas, was predicted for the Tampa Bay area. That's enough water to inundate low-lying coastal communities.

Florida residents were getting ready, lining up for hours in Tampa to collect bags of sand and clearing store shelves of bottled water.

A hurricane watch was issued for Florida's central western coast including the Tampa Bay area, where Hillsborough County suspended classes through Thursday to prepare schools to serve as shelters for evacuees. Additional watches for more northern areas along the peninsula’s west coast may be issued, Brown said.

Gov. Ron DeSantis has declared a state of emergency throughout Florida and urged residents to prepare for the storm to lash large swaths of the state with heavy rains, high winds, and rising seas.

“We're going to keep monitoring the track of this storm. But it really is important to stress the degree of uncertainty that still exists,” DeSantis said at a news conference Sunday, cautioning that “even if you're not necessarily right in the eye of the path of the storm, there's going to be pretty broad impacts throughout the state.”