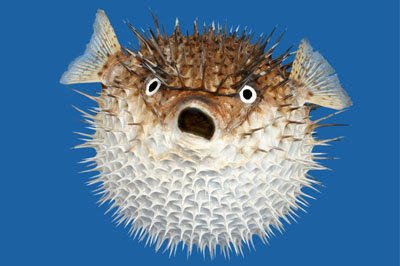 I AM OFFENDED by so many people being offended!

We throw the word “offended” around so much these days that we have obfuscated its meaning.

What Is an “Offense”?

In a biblical sense, “offenses” translates the word skandalon from which we get our English word “scandal.” The word has two basic meanings. On the one hand it refers to causing someone to stumble or sin. On the other hand it refers to considering someone (usually Jesus) or something (usually the Gospel) worthless or undesirable. Neither scenario was considered a good thing.

Today, however, we claim offense when something runs contrary to the way we think it should. We equate an offense with disagreement or dislike.

Was Jesus Ever Offended?

The Bible often refers to the Lord Jesus as “meek.” Biblically speaking, meekness describes power under control and properly focused. The Greek word translated meekness could also refer the nature of a “broken” horse. The horse possesses all the power it ever had, but the power is focused in a productive way. Jesus possessed all of his divine power, but always focused that power to accomplish the Father’s purposes.

Many times, people insulted Jesus and did things that by today’s definition would have offended Him. Yet He never reacted selfishly, but rather responded truthfully and redemptively. Jesus never tried to “get even” or “get ahead.”

Even during the grueling events surrounding His crucifixion, Jesus fulfilled Isaiah’s prophecy of a “sheep silent before its shearers.” (Isaiah 53:7) If anyone had justification for offense, it was Jesus during the time of His crucifixion. Even a casual reading of Jesus’ words during His trial and crucifixion reveal grace not offense.

The Gospels recount two times that Jesus seemed to take an offense. (John 2:13-22 and Matthew 21:12-17) Both times occurred during Passover celebrations and involved those who took advantage of the religious festival for personal financial gain. Jesus did not take personal offense, but rather at what others made of His Father’s most important celebration.

How Should We Respond When “Offended”?

Everyone has an opinion, but how do we respond to people and situations that go against our opinion? The following Scriptures give us a biblical response for when we feel offended by someone or something. Read them slowly and often. Think about ways you can put them to practice in your life. If we all intentionally strive to live by these verses, the world would be a much more peaceful place.

9 Let love be without hypocrisy. Detest evil; cling to what is good.

11 Do not lack diligence in zeal; be fervent in the Spirit; serve the Lord.

12 Rejoice in hope; be patient in affliction; be persistent in prayer.

13 Share with the saints in their needs; pursue hospitality.

14 Bless those who persecute you; bless and do not curse.

16 Live in harmony with one another. Do not be proud; instead, associate with the humble. Do not be wise in your own estimation.

17 Do not repay anyone evil for evil. Give careful thought to do what is honorable in everyone’s eyes.

18 If possible, as far as it depends on you, live at peace with everyone.

19 Friends, do not avenge yourselves; instead, leave room for God’s wrath, because it is written, Vengeance belongs to me; I will repay, says the Lord.

If your enemy is hungry, feed him.

If he is thirsty, give him something to drink.

For in so doing

you will be heaping fiery coals on his head.

21 Do not be conquered by evil, but conquer evil with good.

Maybe we can stop being offended so much and start being proactive to make our world a more peaceful place. Let’s get over ourselves and put our offenses to rest.