I refuse to sanitize my language 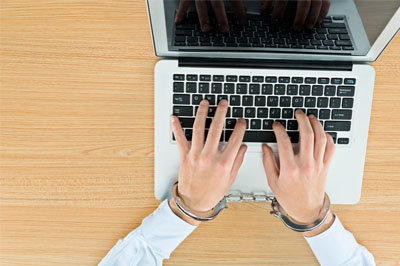 I would like to learn how to become a better writer, but I am resistant, maybe even vehemently opposed, to the latest guidelines provided by the 2017 Associated Press Stylebook. Typically, a stylebook tells journalists how to construct sentences, how to use punctuation marks, what to capitalize and how to be grammatically correct.

However, in recent years the AP Stylebook seems to be more interested in getting America’s journalists to focus on political correctness rather than grammatical correctness. The Associated Press has become masterful manipulators of words. They have identified words and phrases they claim are no longer acceptable in polite, refined, sophisticated circles. And, they have conjured up new words which are politically correct and more palatable to our depraved, secular society.

I ain’t buying it!

According to the 2017 AP Stylebook words and phrases that conservatives would prefer are being censored and replaced with left-leaning substitutes. They claim they are seeking to achieve neutrality, but, in fact, are pushing a liberal agenda. Furthermore, these ideologues demonize anyone who disagrees with their views.

The Stylebook insists, for example, that the word “they” should be used to describe a single person who does not want to be identified as male or female. This is ridiculous, because these editors and writers are demolishing hundreds of years of proper grammar by making a third person plural pronoun a first person singular pronoun. How can you justify one person becoming a “they”?

How can you eradicate a millennia of proper English grammar because someone can’t identify his/her own sexuality? Doing this kind of violence to the English language is like imploding a skyscraper because a light bulb went out on the 60th floor. It’s like giving someone a heart transplant when a Tums would resolve the problem.

The AP Stylebook says we need to sanitize our language so that we do not offend people. I know that words, like sticks and stones, can wound, injure, and exclude. Proverbs 15:4 declares, “The tongue that heals is a tree of life, but a devious tongue breaks the spirit” (Holman Christian Standard Bible).

We need to be careful to speak with grace and understanding, but we cannot change words around to appease guilty consciences, coddle sin, and soft-pedal iniquity.

However, I maintain that you do not change the content of a bottle of strychnine by changing the label so that it reads “essence of peppermint."

Marsha West, writing for Renew America, states, “Liberal ideologues redefine words to help advance a religious, political, environmental, scientific, or social agenda. Never mind that to do so is to pervert the truth.

“Their motto is ‘The end justifies the means’ or to be more precise: do whatever it is you must in order to get the result you want, regardless of the methods used. It does not matter whether these methods are legal or illegal, fair or foul, kind or cruel, truth or lies, democratic or dictatorial, good or evil.”

I read George Orwell’s novel 1984 when I was in college. Orwell specifies that the redefinition of common political terms can lead to slavery when it is allowed to pass unchallenged by apathetic citizens.

Careless or naïve journalists must ignore the promoters of politically correct semantics and think truthfully and responsibly. Also, the lethargic populace must come out of their stupor and insist that words mean what they were originally intended to mean.

We are living in the kind of day God’s prophet described in Isaiah 59:14: “And judgment is turned away backward, and justice standeth afar off: for truth is fallen in the street, and equity cannot enter.” Hopefully, the day will soon come when perverted semantics, fake news, and political correctness will be a thing of the past and there will be a hunger for the truth.