IMB board Executive Committee votes for Meador to be interim president 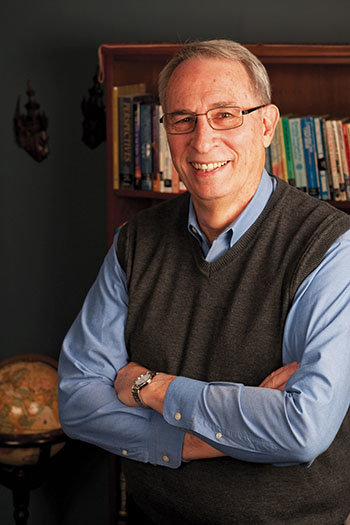 Clyde Meador has been named interim president of the International Mission Board, effective Sept. 27. IMB/Special

The IMB Executive Committee of the Board of Trustees voted Sept. 13 for Meador, who has served 42 years with the International Mission Board as a missionary, advisor to three IMB president, and executive vice president, to become the agency’s interim president. The final decision will come pending full board approval, said a statement from the IMB.

Current IMB President David Platt’s resignation will become official at the Sept. 27 trustee meeting, the same day Meador’s interim tenure will begin. Platt, whose presidency began Aug. 27, 2014, asked the agency’s trustees on Feb. 12 to begin searching for his successor. In addition to IMB president, Platt had also been serving as a pastor/teacher at McLean Bible Church in Washington, D.C. since September 2017.

"Clyde Meador brings a breadth of experience and depth of knowledge that uniquely prepare him to serve as our interim president," said John Waters, pastor of First Baptist Church in Statesboro. "His service in the field and his commitment to IMB’s mission allow him to navigate this season of transition with humility, expertise, and confidence. Widely respected at all levels of the IMB, Clyde will enable Southern Baptists to continue our global mission with an eye toward the future.

"As a trustee of the Board, I respect and support Clyde without reservation, and I can think of no better person to lead us during this transitional phase."

"I am very grateful for the leadership David Platt has given to the IMB. The Executive Committee of our trustees has made an important decision and I believe the trustees as a body will fully support Clyde Meador as an interim," said Ricketts, pastor of the Athens's area Prince Avenue Baptist Church for more than 43 years. I for one can gladly support him for this very important position. He is a faithful servant of the Lord and totally committed to the fulfillment of the Great Commission. His passion is missions and he and his wife have given their lives to spread the gospel and reach the lost.

"He is a tremendous fit for this role. Throughout his life he has been a strong supporter of the SBC and the IMB. He will definitely have my support. Please continue praying for the Presidential Search Committee."

Appalachee Baptist Association missions strategist Allen Hill concurred. The search for the next IMB president, he said, isn't something that needs to be done in a hurry.

"I am grateful for the service of David Platt during his tenure as president at IMB. At the same time I support the decision made by the Executive Committee to accept his resignation and to move forward with interim leadership. Clyde Meador will do a great job as interim president with his history of leadership at IMB through many years of service.

"I urge all Southern Baptists to continue to pray for our Search Team as they continue to seek God's man for this important position. They have made it their desire to take the time needed to get this responsibility done. I have shared personally with them that it is more important to find the right leader than to be pressured to get the task done quickly. So this decision takes some of the pressure off and gives the trustees time to make this decision with godly direction and wisdom."

Morgan Kerr, pastor of Pine Forest Baptist Church in Macon, credited Platt and the search team in identifying the logistics, time constraints, and need for an interim president.

"While we continue to support David’s leadership as president of the IMB, many of us realize the significant sacrifice of time and energy that pastoring requires, in addition to the many other demands we may face by serving in other capacities. Therefore, I am grateful for the wisdom of the Executive Team of the Board of Trustees and David Platt in this mutual decision. I believe that under Clyde Meador’s capable leadership, there will be an unbroken chain of leadership until the next president of the IMB shall be chosen."

Move into a transitional period

In his February announcement, Platt requested Board members begin a search for his replacement immediately. However, he said he’d continue serving during the search process. 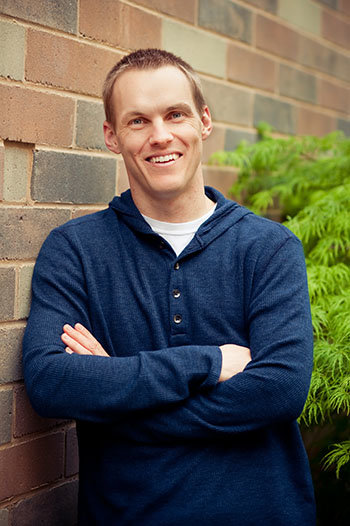 David Platt has served as president of the International Mission Board since Aug. 27, 2014. IMB/Special

Platt, stated Board chairman Rick Dunbar, continued to serve “with resolute steadfastness, and has not wavered in his commitment to the Lord, to the IMB, staff, field personnel, and Southern Baptists as a whole.”

“Trustee officers recently discussed with David the possibility of the need for an organizational transition to an interim time as the presidential search continues,” said Dunbar, a member of First Baptist Church Madison, MS. “The Board’s Executive Committee met, and after prayer and discussion decided to release David from his commitment to the IMB in order to allow him to focus full time on his new role in gospel ministry at McLean Bible Church, and for the IMB to move forward into a transition period.”

Meador currently serves as executive advisor to the president, a role he’s held since January. From August 2010 to March 2011 he led the IMB as interim president. Meador’s history with the agency began as a missionary to Indonesia in 1974 with his wife, Elaine. As missionaries the couple also served in South Asia, Southeast Asia, and Central Asia before taking leadership positions with the agency in 2001.

“Clyde’s walk with the Lord, humility, wisdom, broad experience and steady leadership will prove valuable during the time of transition,” Dunbar said.

Click here to read the full press release, with statements from Platt and Dunbar.

Pre-pandemic sized crowds descend on US airports for holiday