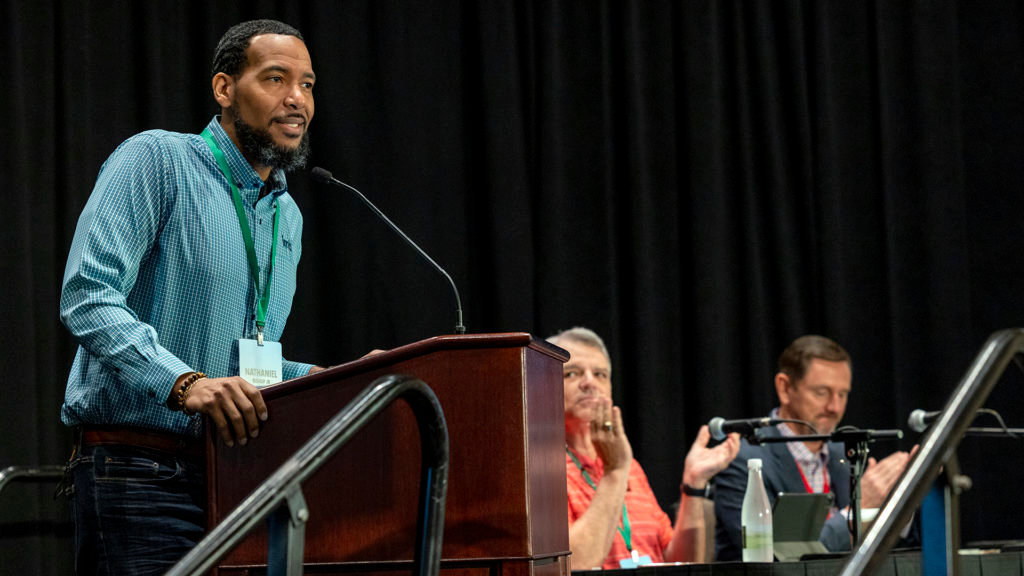 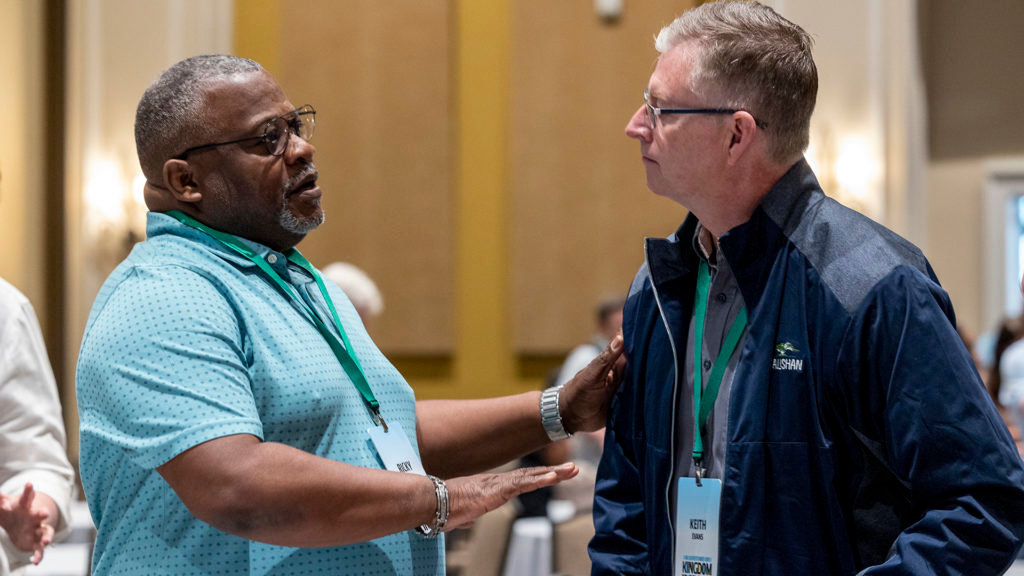 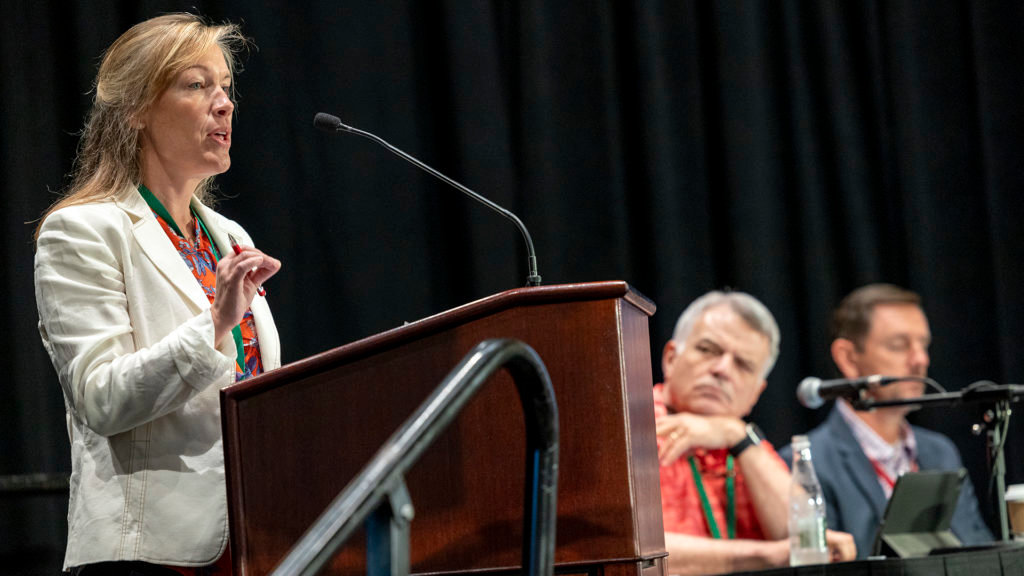 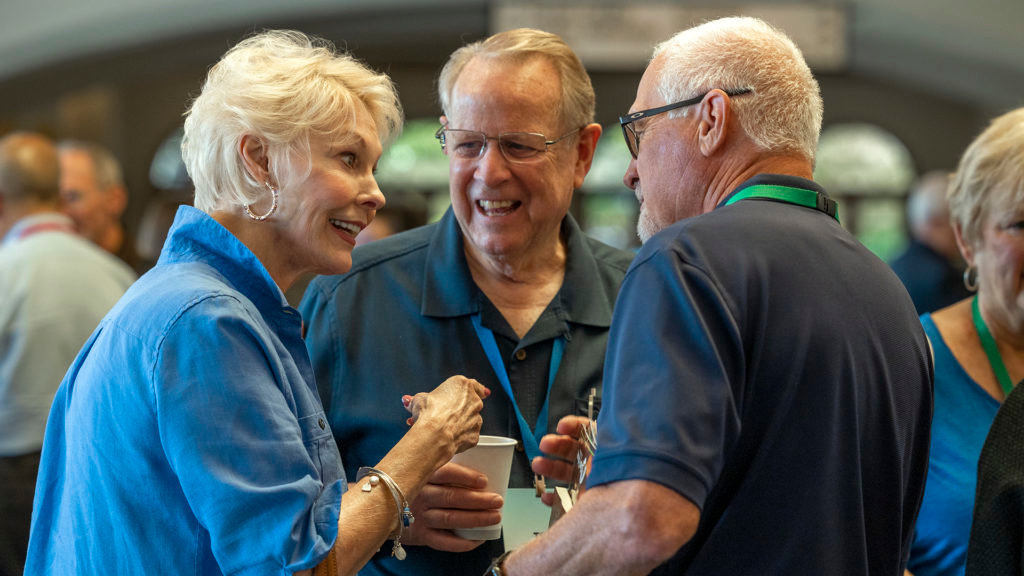 Former IMB President Tom Elliff, center, and his wife, Diana, greet trustees at the May 19 meeting in Orlando, Fla. (IMB Photo)
Previous Next
Posted Friday, May 20, 2022 9:25 am
By LESLIE PEACOCK CALDWELL, International Mission Board

ORLANDO, Fla. -  International Mission Board trustees approved 56 new fully funded missionaries for appointment during their meeting Wednesday and Thursday in Orlando, Fla. The meeting was conducted in conjunction with the Celebration of Emeriti event held every five years to recognize retiring missionaries who have completed their service with the IMB.

New missionaries approved for appointment will be recognized during a Sending Celebration at the Southern Baptist Convention’s annual meeting in Anaheim, California. Each missionary is crucial to IMB’s goal to send an additional 500 missionaries by 2025. Accounting for missionaries who complete their service, approximately 400 new missionaries are needed each year to meet the strategic objective of growth in the total mission force.

The meeting was opened in prayer by trustee Nate Bishop, second vice president, from Kentucky.

“There’s not a meeting of minds and hearts more important than this one,” Elliff said. He thanked trustees and IMB staff for their hard, but eternally significant, work. “My heart safely trusts in you,” he said.

Elliff, who served as a missionary in Zimbabwe, is now a lecturer, facilitator and mentor at the Tom Elliff Center for Missions at Oklahoma Baptist University.

IMB President Paul Chitwood spoke of his enjoyment of recent meetings with new missionaries, field leadership and trustees. He also celebrated the 800 gathered emeriti, whom he called “heroes of the faith.”

His report continued with highlights of the current state of the IMB:

Chitwood also reported on other significant investments of the IMB, including: Church Connections, the strategy to connect every Southern Baptist church with a missionary; growth of the ministry advancement team to build relationships with individual givers; Go Method, a volunteer screening process for volunteers; GO IMPACT, the student-sending pathway; a newly structured mobilization team; and a new marketing and communications department to elevate IMB’s brand. Chitwood announced that a new IMB brand would be launched at the SBC annual meeting in June.

“More people will die lost today than on any other day upon which the sun has risen in human history,” Chitwood said. “Yet to this problem, the world’s greatest problem — the problem of spiritual lostness — God has given us a solution. We are stewards of the good news of His Gospel. And through a sustained missionary presence, we are taking that Gospel to the very ends of the earth. And we are doing it together.”

The next IMB board of trustees meeting will be Sept. 28-29 in Richmond, Virginia.