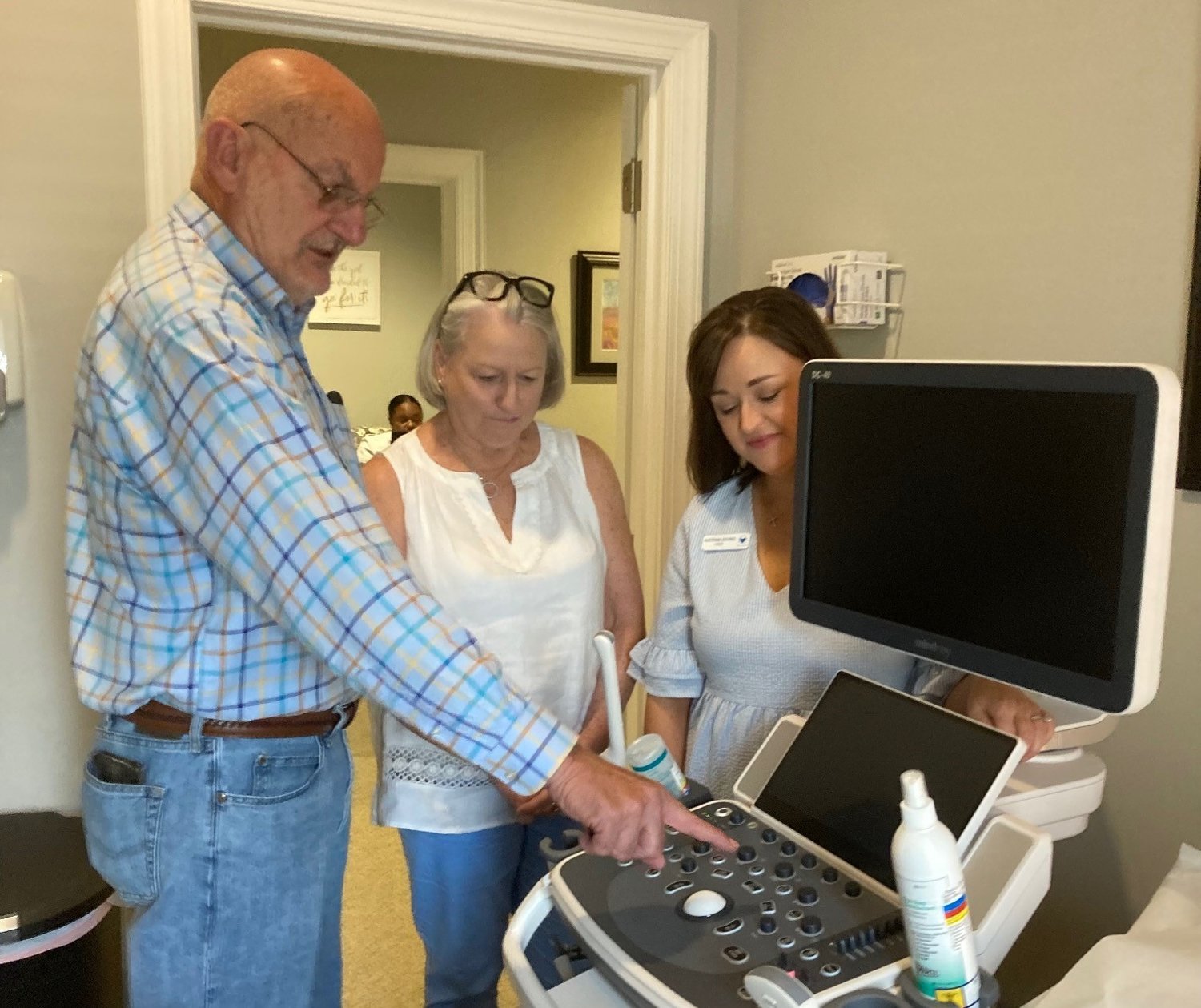 Crisis pregnancy centers across Georgia are ready to assist women in the wake of the Roe v. Wade reversal. In this photo, Moultrie Pastor Stanley Norman, his wife Nancy, center, and Hope House director Katrina Bivins take a look at the new ultrasound machine at the crisis pregnancy center in Moultrie. (Index/Roger Alford)
Posted Wednesday, June 29, 2022 12:17 pm
By ROGER ALFORD, The Christian Index

DULUTH, Ga. – Abortions continue in Georgia nearly a week after the U.S. Supreme Court overturned the Roe v. Wade decision that legalized the procedure 50 years ago.

Georgia Attorney General Chris Carr filed a brief in the 11th Circuit Court of Appeals on Friday, asking that the state’s law banning abortions after a heartbeat is detected be allowed to take effect immediately.

That law, if allowed to take effect, is expected to stop close to 90 percent of Georgia’s abortions.

“We cannot predict when the court will rule in the matter or what the ruling will be,” said Tom Duvall, attorney for the Georgia Baptist Mission Board. “We can only hope there will be a good outcome.”

Meanwhile, some Georgia lawmakers are signaling that they intend to push for legislation that would ban abortion entirely the next time they convene. That’s on the calendar for January, though some lawmakers have been urging Gov. Brian Kemp to call them back into session sooner.

In states across the country, judges are being asked to weigh in on the abortion issue.

Since Friday, judges have agreed to allow bans or other restrictions to take effect in Alabama, Ohio, South Carolina and Tennessee.

Roughly half the states have bans or other restrictions on the books, many of which had been designed to come into play only if Roe v. Wade were to be reversed. That reversal, delivered Friday, triggered a barrage of lawsuits and legal briefs across the country.

In the Georgia Baptist community, Friday’s Supreme Court decision was met with celebration.

"With this ruling, the Supreme Court has corrected a heart-wrenching injustice,” said W. Thomas Hammond, executive director of the Georgia Baptist Mission Board. “Regrettably, it has taken nearly 50 years for this day to arrive, and at a cost of more than 63 million innocent lives.”

Hammond said Georgia’s churches and their network of pregnancy centers “stand ready to provide the love and support mothers and their babies will need.”