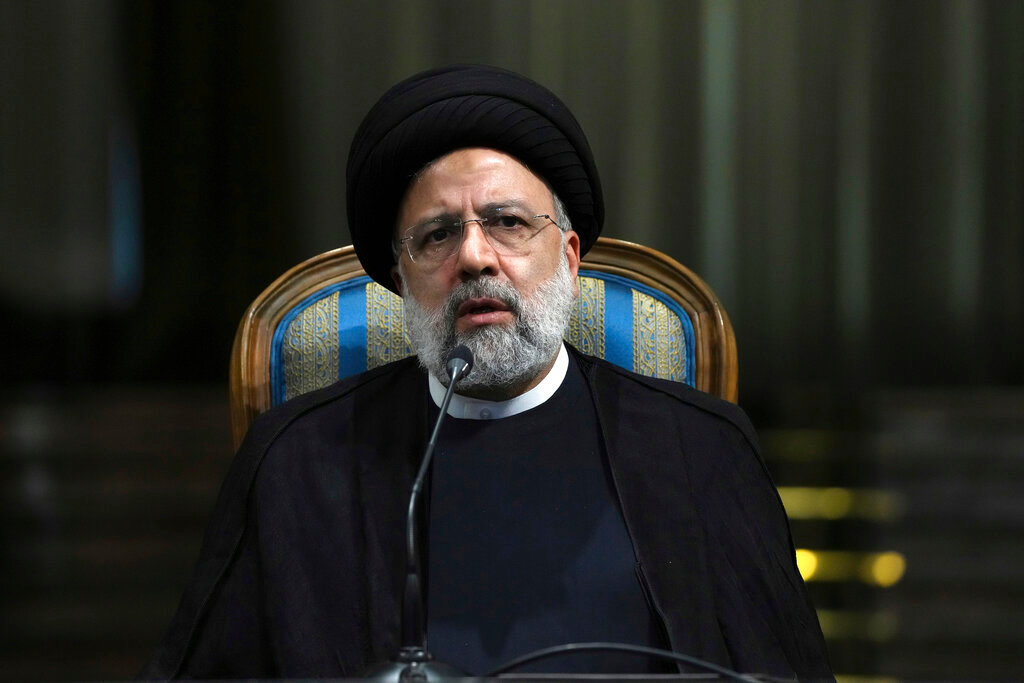 DUBAI, United Arab Emirates (AP) — Iran said Tuesday it submitted a “written response” to what has been described as a final roadmap to restore its tattered nuclear deal with world powers.

Iran's state-run IRNA news agency offered no details on the substance of its response, but suggested that Tehran still wouldn't take the European Union-mediated proposal, despite warnings there would be no more negotiations.

Tehran under hard-line President Ebrahim Raisi has repeatedly tried to blame Washington for the delay in reaching an accord. Monday was reported to have been a deadline for Iran's response.

Nabila Massrali, a spokesperson for the EU on foreign affairs and security policy, told The Associated Press that the EU received Iran's response on Monday night.

“We are studying it and are consulting with the other JCPOA participants and the U.S. on the way ahead,” she said, using an acronym for the formal name for the nuclear deal, the Joint Comprehensive Plan of Action.

From Washington, State Department spokesman Ned Price said the U.S. would share its own response to the EU.

“We do agree, however, with (the EU's) fundamental point, and that is that what could be negotiated has been negotiated,” Price said.

He added that Iran had been making “unacceptable demands” going beyond the text of the 2015 nuclear deal, which saw Iran drastically limit its enrichment of uranium in exchange for the lifting of economic sanctions.

As of the last public count, Iran has a stockpile of some 8,400 pounds of enriched uranium. Under the deal, Tehran could enrich uranium to 3.67% purity, while maintaining a stockpile of 660 pounds of uranium under constant scrutiny of surveillance cameras and international inspectors.

Iran now enriches uranium up to 60% purity — a level it never reached before and one that is a short, technical step away from 90%. Nonproliferation experts warn Iran now has enough 60%-enriched uranium to reprocess into fuel for at least one nuclear bomb. Meanwhile, the surveillance cameras have been turned off and other footage has been seized by Iran.

However, Iran still would need to design a bomb and a delivery system for it, likely a monthslong project. Tehran insists its program is peaceful, though the West and the International Atomic Energy Agency say Iran had an organized military nuclear program until 2003.