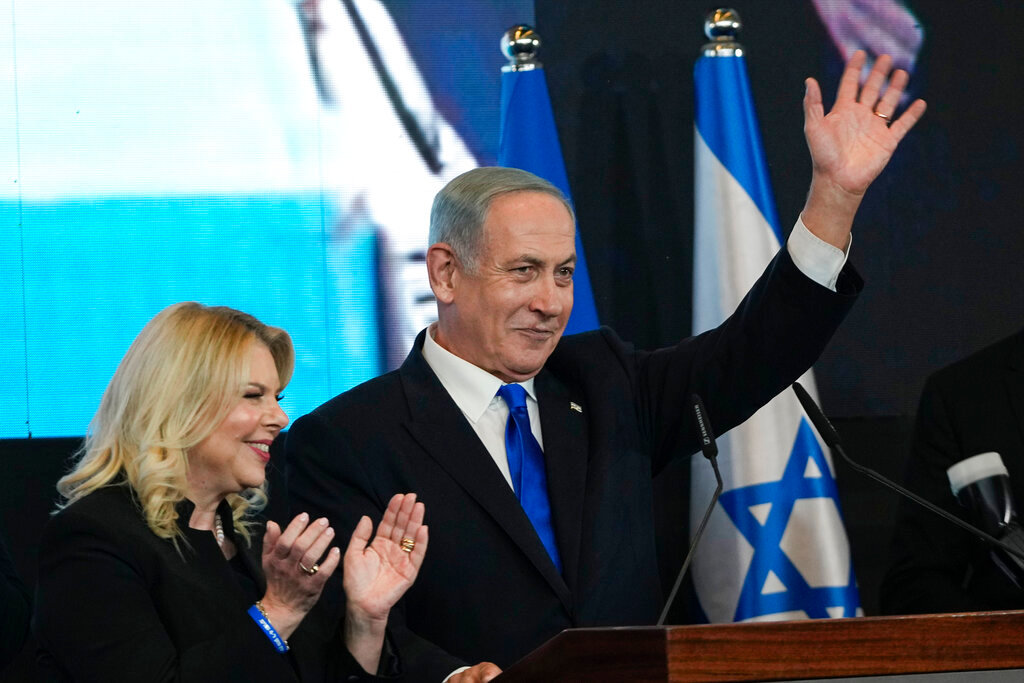 A last-minute surprise is still possible, if a small dovish group is able to sneak past the electoral threshold needed to enter parliament and hold back the size of Netanyahu’s majority. But the likelihood was small, and members of Netanyahu's expected coalition were already jockeying for portfolios in  Israel's next government.

Israel held its fifth election in four years on Tuesday, a protracted political crisis that saw voters divided over Netanyahu's fitness to serve while on trial for corruption. Some 90% of ballots were counted by Thursday morning and final results could come later in the day.

As it stands, Netanyahu and his allies are expected to secure 65 seats in Israel's 120-seat parliament, or Knesset. His opponents in the current coalition, led by caretaker Prime Minister Yair Lapid, were expected to win 50 seats.

After the results are formally announced, Israel's ceremonial president taps one candidate, usually from the largest party, to form a government. They then have four weeks to do so. Netanyahu is likely to wrap up talks within that time.

Netanyahu, Israel's longest-serving leader, was ousted in 2021 after 12 consecutive years in power by an ideologically-diverse coalition that included for the first time in Israel's history a small Arab party. The coalition collapsed in the spring over infighting.