It’s official: Charlotte out as host of next year’s SBC annual meeting 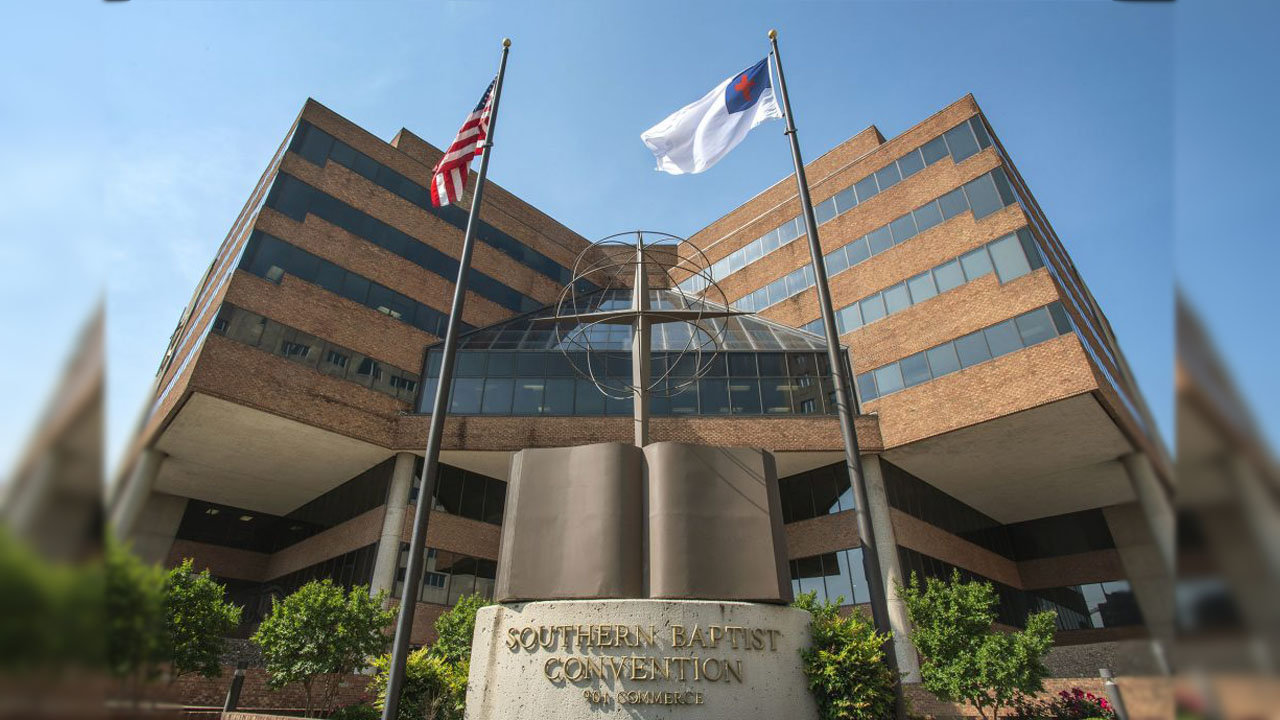 Flags fly outside the SBC offices in Nashville where the Executive Committee voted on Thursday to move next year's annual meeting from Charlotte to New Orleans.
Posted Sunday, May 1, 2022 9:00 pm

The Executive Committee’s vice president for communications, Jonathan Howe, said the decision was “simply a matter of math.” The Charlotte Convention Center isn’t large enough to accommodate the projected crowd of 15,000.

Charlotte was initially selected in 2016, but since then attendance at SBC’s annual meetings has grown.

Making the decision more than a year out saved costs that could have occurred had the decision come closer to the annual meeting, said Bill Townes, the Executive Committee’s former chief financial officer. As it stands, costs to fulfill contracts and obligations to Charlotte as well as secure new contracts in New Orleans “may range from $150,000-$230,000,” according to Townes.

Howe noted that remaining in Charlotte could have cost the Convention more than $900,000 in lost revenues and sponsorships due to space constraints.

The Executive Committee made the move official in a meeting Thursday.

North Carolina Baptist Convention Executive Director Todd Unzicker told Baptist Press in a written statement, “We have been in frequent conversations with our national leaders over the past several weeks to try to find a workable solution that would enable our state to host next year’s meeting. I can assure N.C. Baptists that we left no stone unturned in these efforts. However, our national convention has specific criteria in its constitution regarding the selection of host cities and changes to times and locations.”

Unzicker said North Carolina Baptists had been looking forward to hosting the annual meeting. “However, we understand the challenges presented by the ever-growing number of attendees that led to today’s vote by the SBC Executive Committee to change the location of the 2023 meeting,” he said.

The majority of the nearly two-hour meeting concerned the cost of the investigation into the Executive Committee’s handling of sexual abuse allegations. More than $1.6 million has been paid to Guidepost Solutions, the outside firm leading the investigation.

Townes said the Executive Committee has close to $7.3 million available, including contingency and operation reserves, to cover the cost of the investigation. The total paid to Guidepost Solutions since Oct. 1 totals $1,661,530. Another $17,478 has been used to cover the cost of travel and meetings for the Sex Abuse Task Force.

In September, the Executive Committee voted to allocate up to $1.6 million for the work of Guidepost Solutions. In February, they voted to increase the allocation to $2 million for the investigation or the “coverage of any other direct expenses without further approval.”