Jekyll Island visitors shouldn't have to Pay to Pray 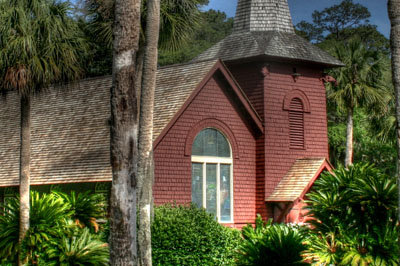 For seven decades Georgians have been able to enjoy a beach vacation at Jekyll Island State Park. Many thousands of our Baptist youth and leaders have been introduced to the island through the SuperWow camps, which began in the early 1980s.

For nearly that long, another spiritual experience has been readily available to visitors: prayer and meditation at the beautiful shingle-style Faith Chapel, located in the island’s historic district. That opportunity will likely be greatly diminished on Feb. 1.

In recent years the park’s simple, serene atmosphere has evolved into a resort-style development, like so many other coastal venues. This shift in character has taken place largely because the Jekyll Island Authority (JIA) – the island’s governor-appointed governing body – has pushed a revitalization program that includes upscale lodging and shopping.

Visitors who haven’t been to their state park in recent years get quite a different impression when they enter the island, as they are greeted by a five-story luxury hotel flanked by rows of retail shops. It appears that the tiny chapel on the riverside of the island will soon fall victim to this commercialization. 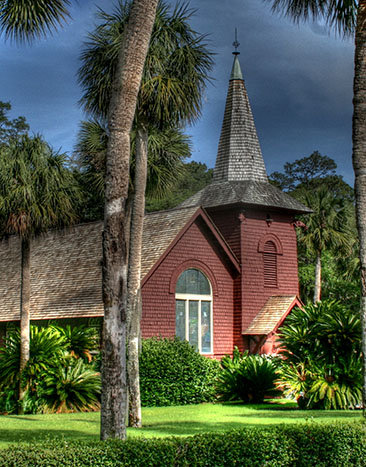 The Faith Chapel on Jekyll Island has been freely visited by those wanting to stop and pray within its walls, something that is slated to change on Feb. 1.

Currently, Faith Chapel is open daily from 2-4 p.m., free of charge to all who would like to come and pray. Volunteers from local churches serve as docents. Under the new proposal, visitors will have available to them a JIA guide who can apprise them of the chapel’s rich history.

But in order to experience Faith Chapel, visitors will have to purchase a tour ticket and be part of an official tour or pay a $5 admission fee at the door. Those who simply wish to come and sit quietly and contemplate will now have to pay to pray.

A letter from Jones Hooks, director of the Jekyll Island Authority, says that island leadership will “compromise” and allow the chapel to be open free to the public for prayer and reflection ­– for two hours on Sunday morning only.

Obviously, it takes revenue to maintain a historic structure. But wouldn’t it be possible to include the chapel on fee-based tours (for those who want the historical experience), and also keep the chapel free for those who need no guide and simply want the spiritual experience?

Jekyll Island is a state park; it belongs to the people of Georgia. As a Georgia pastor and long-time Jekyll visitor, I urge you to contact the Jekyll Island Authority and the governor and ask them to abandon the idea of charging a $5 entry fee for those who simply want the spiritual experience Faith Chapel provides.

You shouldn’t have to pay to pray.