John Dawson survived three wars, but murdered in his home at age 92 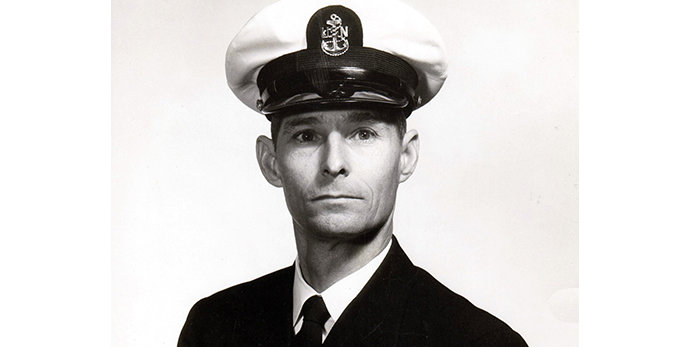 Posted Friday, October 5, 2018 9:42 am
Gerald Harris
COLUMBUS - Georgia Baptist layman, John Dawson, was mercilessly murdered and his wife, Virginia, brutally attacked in their Columbus home less than 24-hours after attending services at Northside Baptist Church in Columbus. At the invitation of Pastor Jerry Speer, I had the privilege of preaching at Northside Baptist Church on the day prior to Mr. Dawson’s senseless murder. I met the 92-year-old American patriot on the Sunday before his death. He was dressed in a dark suit with a dapper tie. On his lapel there was a pin with the American flag attached. 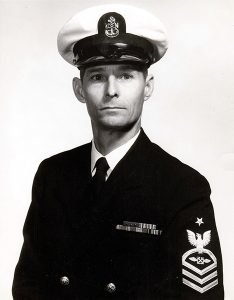 John Dawson, Jr. was in the U.S. Navy for 26-years and served his country in three different wars, earning the National
Defense Service Medal, Vietnam Service Medal, and upon his retirement was awarded the Good Conduct Medal.
Mr. Dawson’s wife, Virginia, to whom he had been married for 72 years, stood behind him while we conversed. I imagined them as prototypical examples of faith, fidelity and familial love. I was glad the gracious Mr. Dawson was kind enough to welcome me to the church and make my acquaintance. After the sermon he spoke to me again as he made his exodus from the church and impressed me as an affable, gracious Christian gentleman. I later discovered that Mr. Dawson was a native of Dothan, Alabama and had served in three wars on five different ships with the United States Navy. He was in the Pacific Theater of World War II, the Korean War, and the Vietnam War. He retired with multiple service decorations after twenty-six years as a Senior Chief Petty Officer. He dedicated much of his life to serving his country and his fellow veterans. Mr. Dawson diligently aided veterans less fortunate than himself for most of his life prompting the state of Alabama to honor his efforts by naming him Veteran of the Year in 2011. For the past twenty years the Dawsons had been faithful members of Northside Baptist Church. He was known to embody the spirit of Christ in his life. In the memorial service Pastor Jerry Speer noted, “John Dawson’s life was marked by faith and faithfulness. He was faithful to his country… He faithfully stood for our flag, fought for our flag, and still led others in the Pledge of Allegiance to our flag at our senior adult meetings. 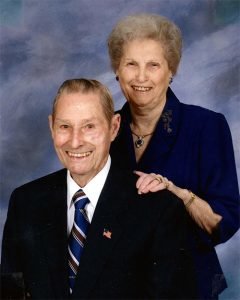 John and Virginia Dawson were married for more than seven decades and had a marriage worthy of emulation.
“He was faithful to his girl. He met Virginia one day when he was riding a bicycle while on leave to visit his mother. They were married for over seventy years and were still madly in love. They would drive to church, hold hands crossing the parking lot, and kiss before going to separate Sunday School classes. Their marriage was a true love story.” John Dawson was also faithful to his church. Pastor Speer continued, “There was a time when he realized he was a sinner and needed a Savior. He invited Jesus to save his soul and forgive his sins. “He took that commitment seriously and made church a priority. He became part of our Northside Baptist family in 1995 and with very few exceptions attended worship and Sunday School every Sunday, including the Sunday prior to his death. His stand for the Lord marked his life and it should mark yours,” Speer noted. The Northside pastor added, “The Scripture tells us, ‘God is our refuge and strength, a very present help in time of trouble.’ That verse reminds me of John Dawson. John was a refuge. When (anyone in the family) had a difficulty, they could run to John and find a refuge, a comfort and safe haven. “The Marines have a motto, Semper Fidelis, meaning ‘ever faithful.’ The Navy has a motto as well - Semper Fortus, meaning ‘ever strong.’ That was John Dawson – strong in faith, strong in character, and though small in stature he was strong in body. It was in that strength that he led his American Legion Post to not allow alcohol. He had personally seen the damage alcohol could cause and he wanted to protect his fellow veterans. Respecting his strength, his post stood with him, a rarity in American Legion Posts. “In his strength, he died as he lived, fighting to protect his bride and in strength he saved her life.” He apparently stood between the intruder and his wife and got the brunt of the invader’s attack. According to WLTZ television news, “The suspect armed with a paring knife, turned his wrath towards her husband, . . . and the retired Navy Senior Chief who had survived three wars was dead on the scene.” However, we can be certain that his legacy will live on in the lives of his two children, seven grandchildren, sixteen great grandchildren and six great-great grandchildren.