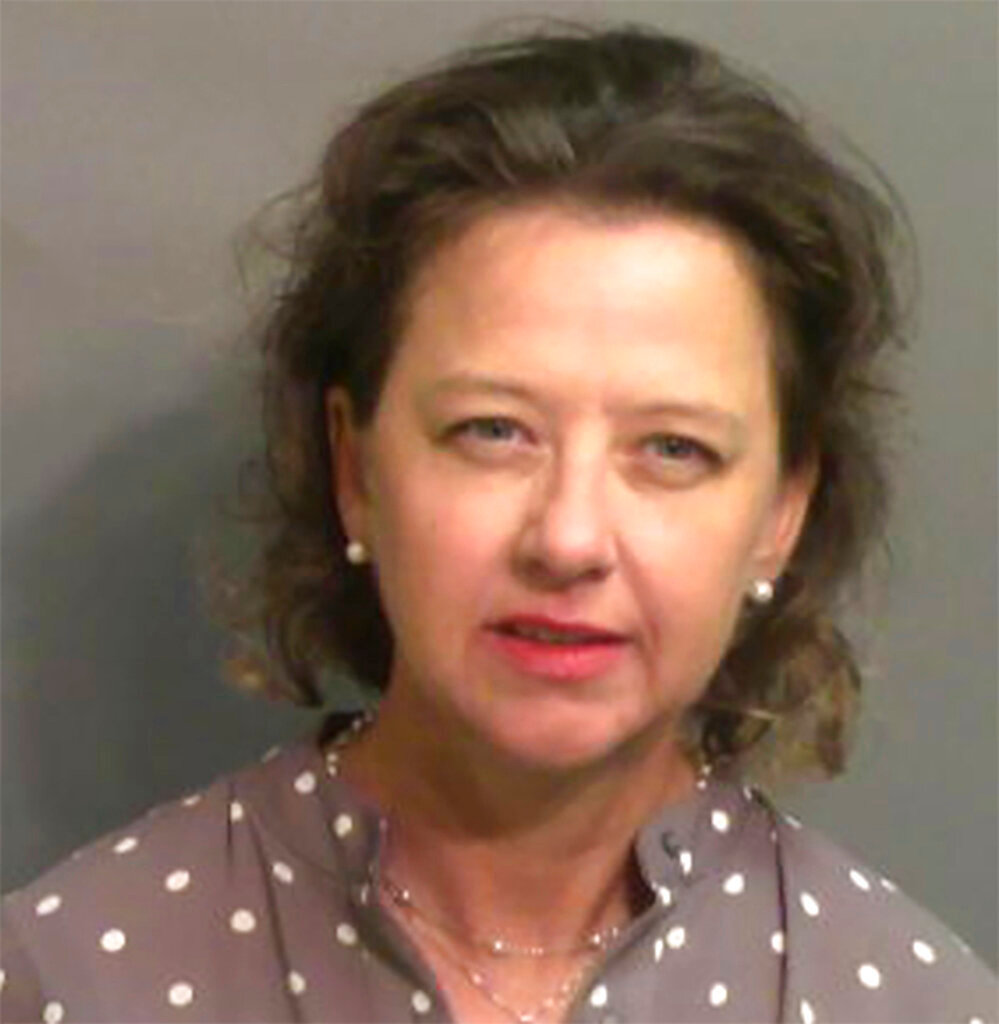 SAVANNAH, Ga. (AP) — A former Georgia prosecutor charged more than a year ago with hindering the police investigation into the 2020 killing of Ahmaud Arbery has been ordered to appear before a judge next month for her first court appearance.

Superior Court Judge John R. Turner on Tuesday scheduled a Dec. 29 arraignment for former Brunswick Judicial Circuit District Attorney Jackie Johnson, who will have a chance to enter a plea after the charges are formally presented in court.

The judge said he will also take up any pending legal motions, which include a request by Johnson's defense attorneys to have one of the charges dismissed.

Johnson served as the top prosecutor for coastal Glynn County when three white men chased and killed Arbery after they spotted the young Black man running in their neighborhood just outside the port city of Brunswick on Feb. 23, 2020.

One of Johnson's former employees, Greg McMichael, initiated the fatal pursuit and his adult son, Travis McMichael, fired the shotgun blasts that left 25-year-old Arbery dead in the street. A neighbor, William “Roddie” Bryan, joined the chase and recorded cellphone video of the killing.

More than two months passed before the McMichaels and Bryan were arrested on murder charges in Arbery's death, which happened after Bryan's graphic video was leaked online and the Georgia Bureau of Investigation took over the case from local police.

A grand jury indicted Johnson in connection with Arbery's death in September 2021. She was charged with a felony count of violating her oath of office and with hindering a law enforcement investigation, a misdemeanor.

Georgia Attorney General Chris Carr's office is prosecuting the case. The indictment alleges that Johnson used her office to try to protect the McMichaels and told Glynn County police officers the day of the shooting that they should not arrest Travis McMichael.

Johnson has denied wrongdoing, saying she immediately recused herself from the case involving Arbery's death because Greg McMichael had worked for her as an investigator. Her defense attorneys filed a legal motion in March asking the judge to dismiss the charge of hindering police, arguing there was “not a scintilla of evidence” to support it.

Prosecutors responded in May with a court filing that listed 16 calls between phones belonging to Johnson and Greg McMichael in the days and weeks following the shooting. One of the calls lasted 21 minutes, according to the court document.

By the time she was indicted, Johnson had already been voted out of office. She has said that controversy over her handling of Arbery's killing played a role in her losing reelection in 2020.

Johnson's initial court appearance will come nearly 15 months after she turned herself in at the Glynn County jail following her indictment. She was released without having to pay a cash bond.

While Johnson's case has idled, Arbery's killers have been convicted and sentenced in state and federal courts.

The McMichaels and Bryan were found guilty of murder a year ago in Glynn County Superior Court, where a judge sentenced them to life in prison. This year, a jury in U.S. District Court convicted all three of federal hate crimes. The McMichaels each received a second life term during sentencing in August, while Bryan got an additional 35 years in prison.