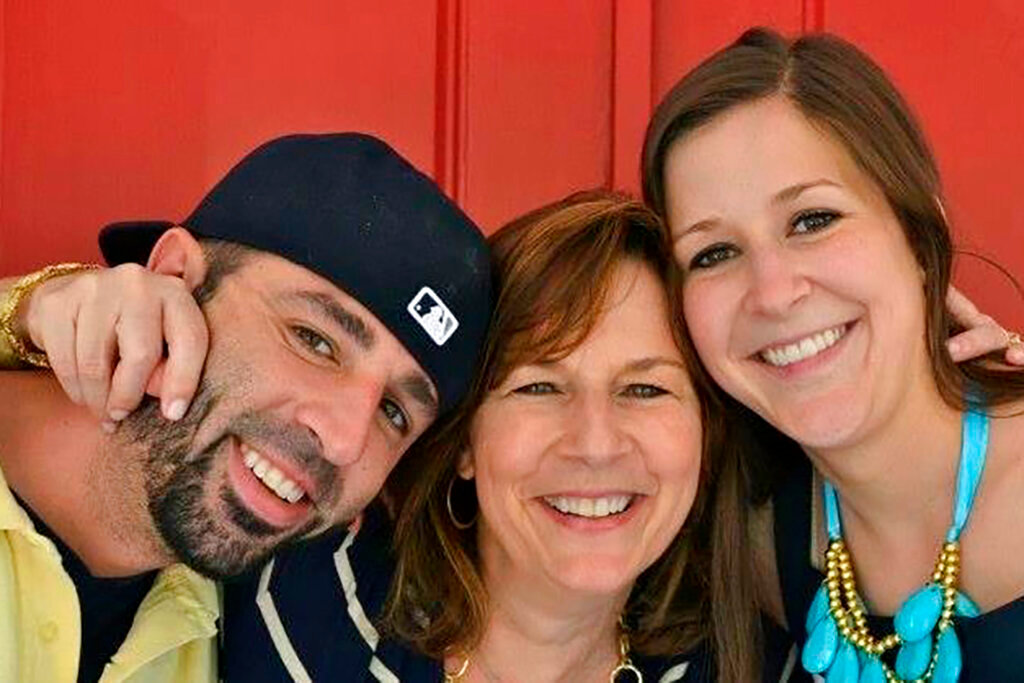 ATLANTA (AP) — Nick Carusillo died when he was hit by multiple vehicles on a Georgia interstate, just days after he was abruptly discharged from an addiction treatment center. Now his parents hope a substantial jury verdict in their favor will prompt change that helps others suffering from mental illness and substance abuse.

Carusillo died on Sept. 22, 2017, and his parents filed a wrongful death lawsuit in 2019 against the facility that released him and several people who were responsible for his care there. A jury just outside Atlanta awarded them a total of about $77 million last week — $10 million for their son's pain and suffering, $55 million for the value of his life, $1 million in punitive damages and the remainder for attorneys' fees and expenses.

“This verdict, for us, is validation,” Tina Carusillo told The Associated Press in a phone interview Wednesday.

“It wasn't his fault. He was caught up in a bad system,” she said. “I'm hopeful that the size of this verdict makes a lot of people pay attention, from insurance companies to facilities to parents to loved ones to people seeking treatment.”

Heather Saum Ware, a lawyer for the facility that released Carusillo — Metro Atlanta Recovery Residences, or MARR — said in an email that they “plan to appeal and are not commenting further about the ongoing litigation.”

Carusillo struggled with substance abuse from the time he was a teenager growing up in North Carolina. He began to show signs of bipolar disorder in his late teens, and his diagnosis was confirmed by the time he was 20, his father said. He was 29 years old and had been in and out of treatment facilities when he was admitted to MARR on Aug. 29, 2017.

He was managing his bipolar disorder with a combination of lithium and Seroquel and was medically stable when he arrived there, his family's lawyers said in a court filing. A week later, on Sept. 5, 2017, a doctor at MARR took him off lithium, despite having been warned by Carusillo's family and longtime therapist that he should remain on his medications, the filing says.

Carusillo's condition deteriorated and he was forced to leave the facility two weeks later, on Sept. 19, 2017, after staff said he had a cell phone, which wasn't allowed.

His whereabouts were unknown until he lay down naked on Interstate 85 outside of Atlanta and was hit by several vehicles early on Sept. 22, 2017, according to a statement from lawyers Natalie Woodward and Dax Lopez, who represent his family. He had no illegal drugs or alcohol in his system.

Lawyers for MARR wrote in a court filing that a doctor discontinued Carusillo's lithium treatment after he complained of side effects. Carusillo knowingly violated multiple rules at the facility and had been told that he would be discharged for any further violation, they wrote. The next morning, facility staff discovered he had a cell phone. During a phone conference with facility staff and his parents, Carusillo refused to go to a more intensive treatment facility and only agreed to go to a sober living house, the filing says.

Mike Carusillo said he hopes his son's death and the large jury verdict help prompt legislation to ensure proper staffing and guidelines at treatment facilities. The Carusillos have been open about discussing their son's struggles in hopes of publicizing available resources and reducing the stigma attached to mental illness, Tina Carusillo said.

She described her son — who had his own son who was 5 when his father died — as a beautiful, funny, bright, generous person. He was a talented athlete and had been the kicker on his high school football team.

“I have to say, he was probably the best hugger that I ever knew, and I really, really miss that,” Tina Carusillo said. “He was a generous, kind soul and we miss him.”