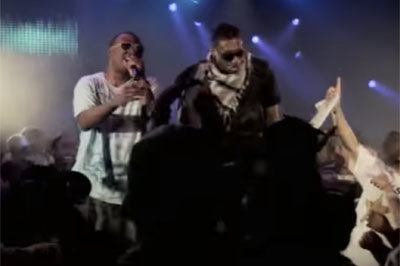 Flame, whose actual name is Marcus Gray, is a graduate of Boyce College and Southern Baptist Theological Seminary. Gray and two co-authors first sued for copyright infringement five years ago.

While "Dark Horse" appears on what is technically Perry's fourth album, "Prism," her first in 2001 titled "Katy Hudson" featured Christian rock and contemporary Christian music. Her second album – 2008's "One of the Boys" – marked Perry's decidedly secular shift as exemplified by the breakout single "I Kissed a Girl."

Produced by Capitol Records, "Dark Horse" sold more than 13 million copies worldwide and became Perry's 10th digital number 1 single. It topped the Billboard Hot 100 on Jan. 29, 2014, becoming Perry's ninth number 1 single in the U.S., and was performed during halftime of the 2015 Super Bowl.

In addition to plagiarism, Flame and the other plaintiffs also said Perry's song tarnished their production by including elements associated with black magic and witchcraft in "Dark Horse."

The jury will now proceed this week in determining the amount of monetary damages to be awarded.