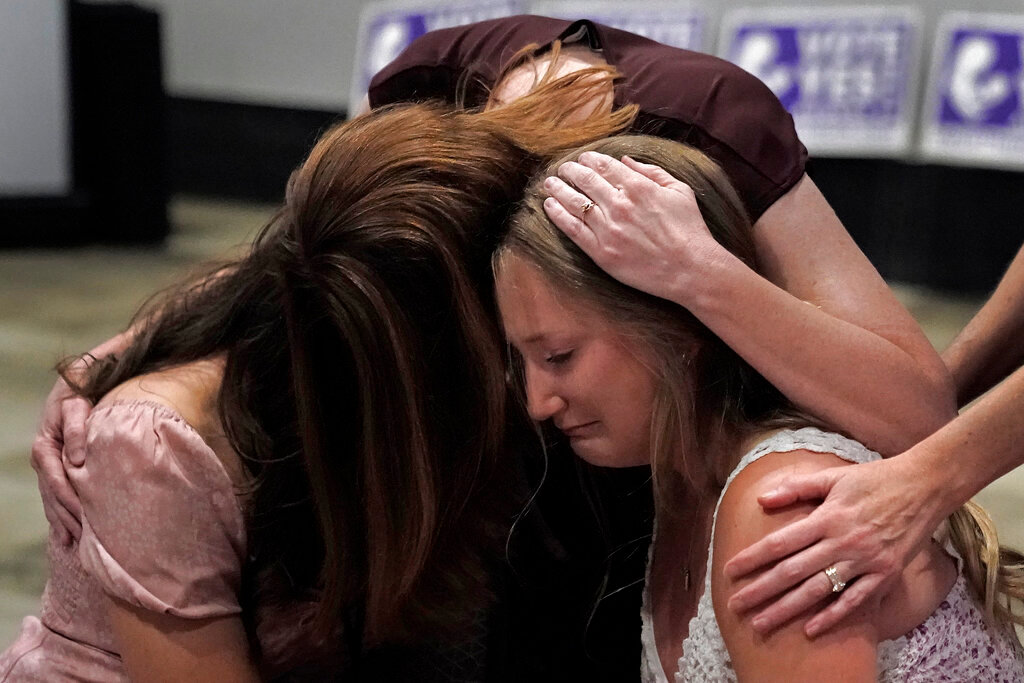 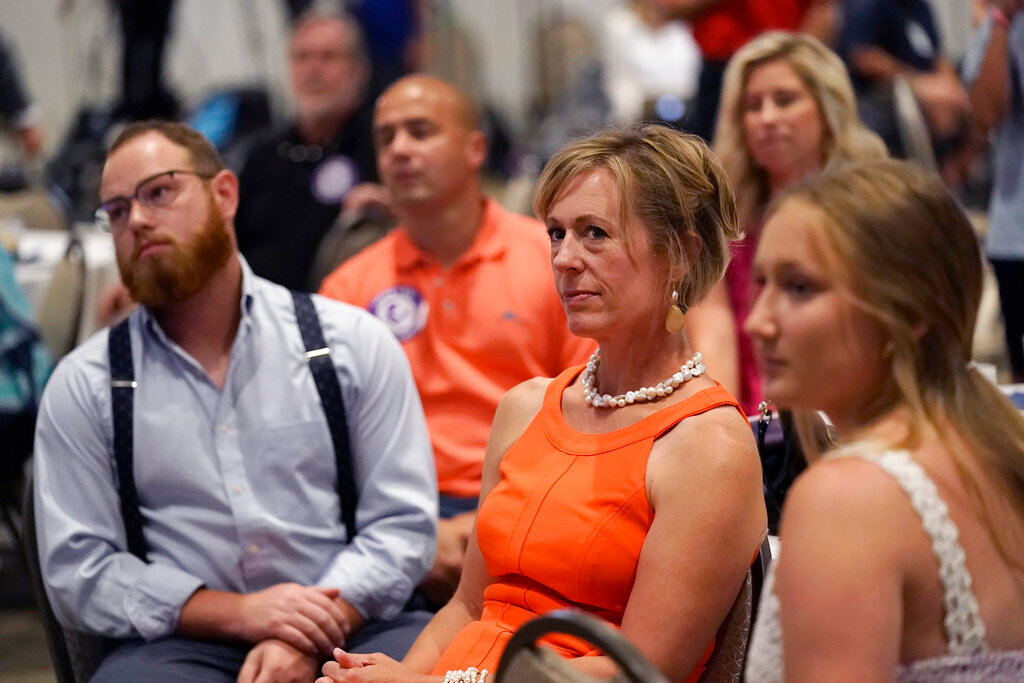 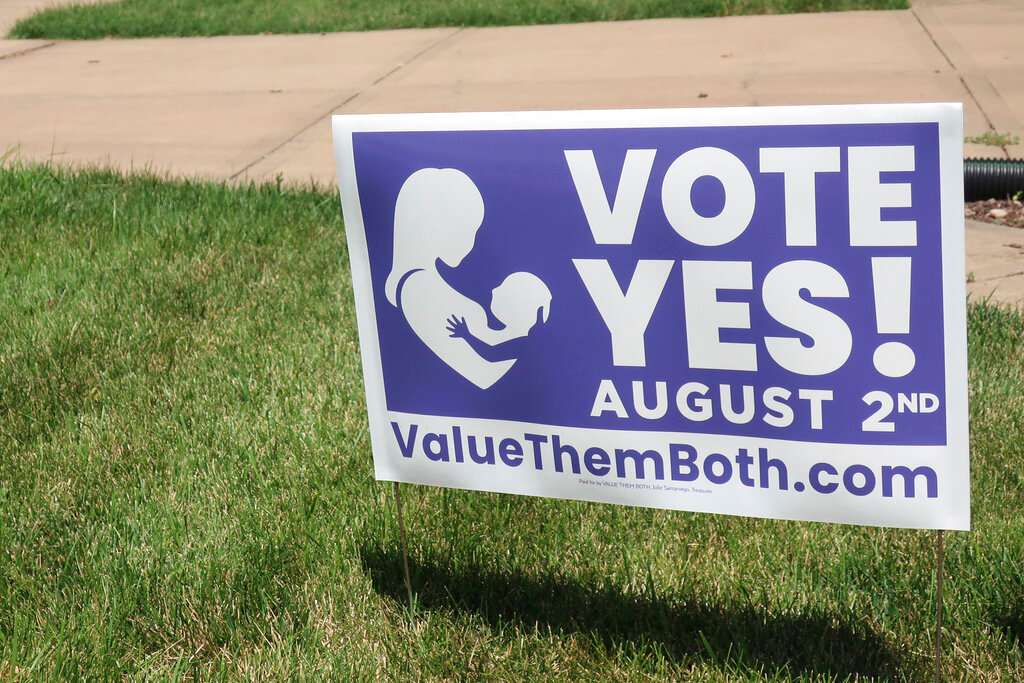 A sign in a yard in Olathe, Kansas, July 8, 2022, promotes a proposed amendment to the Kansas Constitution to protect both unborn children and the women carrying them. (AP Photo/John Hanna, File)
Previous Next
Posted Wednesday, August 3, 2022 4:08 pm
By TOM STRODE, Baptist Press

NASHVILLE (BP)—Pro-life advocates expressed disappointment but resolve in response to the rejection by Kansas voters of an amendment to affirm the state constitution does not protect the right to abortion.

Kansans defeated the Value Them Both Amendment by 59-41 percent Tuesday in the nation’s first statewide vote on abortion since the U.S. Supreme Court reversed the Roe v. Wade ruling. In its June 24 decision in Dobbs v. Jackson Women’s Health Organization, the high court returned abortion policy to the states by overruling the 1973 opinion that legalized abortion nationwide.

The defeat of the Kansas amendment came amidst frequent actions in the post-Roe era by courts that have been both favorable and unfavorable to state bans and by the Biden administration to try to protect abortion rights.

The Value Them Both Coalition, the state organization backing the amendment, said in a written statement, “This outcome is a temporary setback, and our dedicated fight to value women and babies is far from over. As our state becomes an abortion destination, it will be even more important for Kansans to support” pregnancy resource centers and other entities that offer care to women experiencing unplanned pregnancies.

Michael New, a researcher and associate scholar with the Charlotte Lozier Institute, sought to encourage pro-life advocates on Twitter. “Please do not despair, this was going to be an uphill battle” for pro-lifers, he wrote.

Historically, for pro-lifers to prevail in a statewide initiative, the “policy change must be incremental and difficult to caricature or demonize. The implications of ‘Value Them Both’ were unclear and that made it easier for our opponents to distort the measure,” New tweeted. “[A] narrower ballot proposition” in the future “would be much easier for pro-lifers to win. Tonight might not have been our night, but the future is still ours!”

The Kansas vote came amid other actions in the battle over abortion across the country:

Nearly half of the 50 states already have laws prohibiting abortion either throughout pregnancy or at some stage of pregnancy, although courts have blocked the enforcement of some.