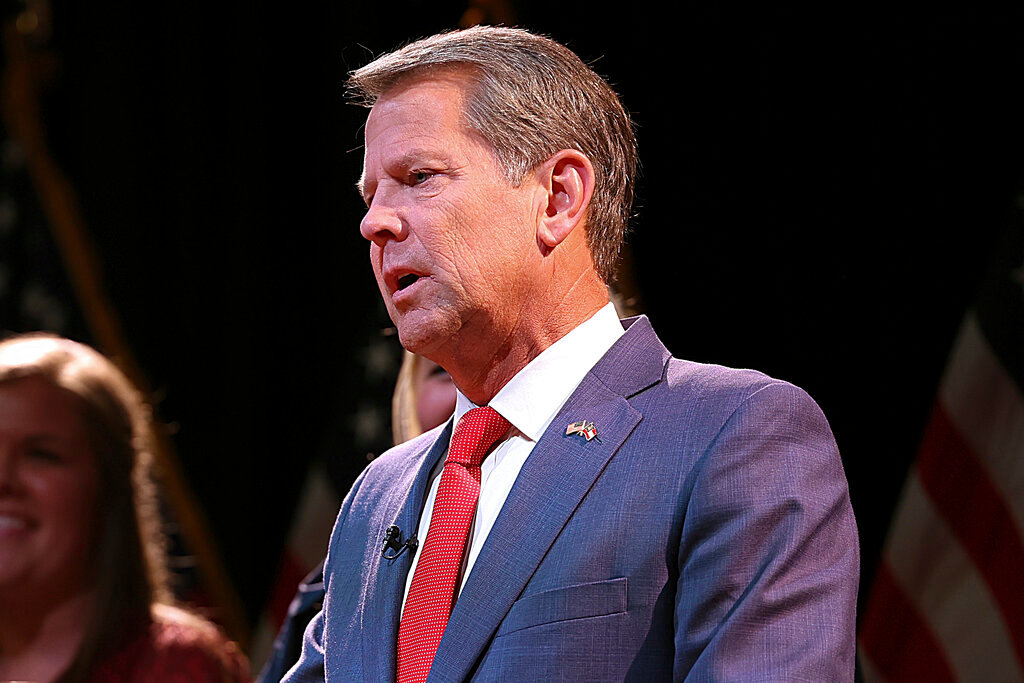 A month after winning reelection, the Republican governor signed an order to continue withholding the tax of 29.1 cents per gallon until Jan. 10.

“This will allow Georgia families to use those savings on holiday purchases and the extra costs of this season,” Kemp said.

The tax break has cost the state an estimated $1 billion in revenue since it took effect in March, and Kemp suggested during a state Capitol news conference that he won’t extend it further.

Instead, he said his focus will turn to seeking legislative approval of another round of income tax rebates and a property tax break — a pair of campaign promises expected to cost another $1 billion apiece.

After 10 months of tax relief at the gas pump, Kemp said, “we’re going to transition away from that temporary program.” He added: “We can’t continue to pay what we’re doing on the gas tax suspension.”

According to motorist group AAA, Georgia's average price for a gallon of regular gasoline was $2.93 on Thursday. That's the eighth lowest in the U.S., and 24 cents below what it was a year ago. The average price nationally Thursday was $3.33 per gallon.

Kemp had broad bipartisan support in March when he signed a law suspending the fuel tax through May 31 amid soaring prices at gas pumps and grocery stores. Since then he has ordered seven separate extensions of the tax break, which state law allows as long as lawmakers ratify the action when they reconvene in 2023.

At his news conference in Atlanta, the governor was flanked by three fellow Republican leaders: incoming Lt. Gov. Burt Jones, House Speaker Jan Jones of Milton and House Majority Leader Jon Burns of Newington, whom GOP lawmakers have nominated to become the new speaker when the legislature convenes in January.

Each of them pledged support for Kemp's tax relief priorities, which would be funded out of a roughly $6.6 billion budget surplus.

“We stand in strong support and shoulder to shoulder with Gov. Kemp,” said Jones, who temporarily inherited the speaker's gavel following the death of David Ralston last month.

During the next legislative session, Kemp will seek a second round of income tax rebates like the $1.1 billion in payments issued this year. The rebates gave dual-earner households $500, single adults with dependents $375 and single adults $250.

The governor also hopes to revive a property tax break that was allowed to lapse in 2009 amid a state budget crisis caused by the Great Recession. Kemp has proposed spending another $1 billion to save what he says will be about $500 a year for taxpayers with homestead exemptions.