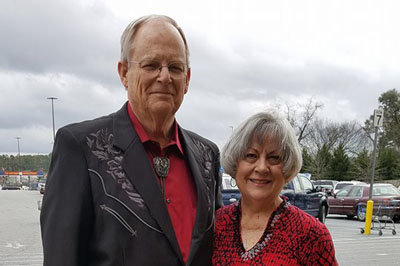 FORT GAINES — Ken Cloud, associational missionary for the Bowen Baptist Association, has been accused of snake handling as a form of worship.

I got a text message from Regional State Missionary Mike Everson Sunday stating: “Just wanted you to know that we have an associational missionary propagating false doctrine.” He mentioned something about a copperhead and said he was reporting Ken Cloud for snake handling. Coming from Everson, it was a semi-serious indictment. 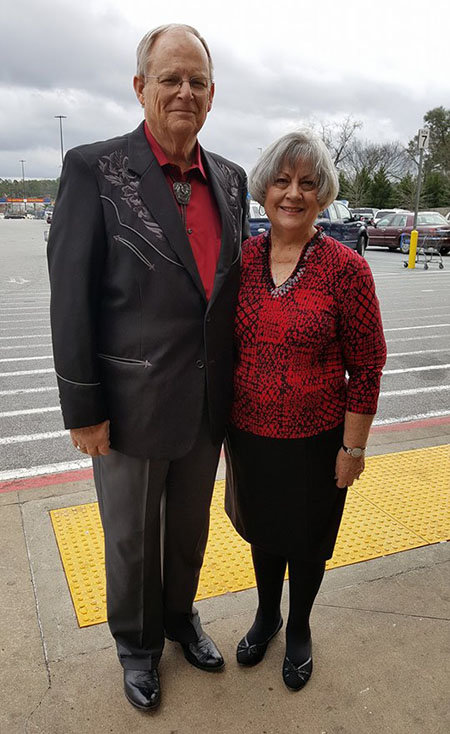 Ken and Brenda Cloud often stay in their camper when Ken has preaching engagements requiring an overnight stay. KEN CLOUD/Special

The truth is that Everson had already reported him to Georgia Baptist Executive Director J. Robert White, who called Cloud and indicated that an intervention might be required as well as a meeting with the Executive Committee, which would serve as a tribunal to adjudicate the aberrant practice and doctrinal offense.

I discovered that Cloud was preaching in a revival in Fort Gaines and began to see if that church had any history of snake handling or if this was something new Cloud was adding to his ministry repertoire.

The history of the First Baptist Church in Fort Gaines indicates that it was established in 1845, the same year the Southern Baptist Convention was founded. A quick review of the church’s background indicated that its history is rich, thoroughly baptistic, and theologically sound – with absolutely no history of snake handling.

Checking Cloud’s history was not as easy, but he has the reputation of being a solid, sound, saintly, sanctified, Spirit-filled, scripturally-grounded preacher of the Gospel. In fact, this is the fourth time Cloud has been invited to preach the church’s revival meeting.

When I first called Cloud’s cell phone number I didn’t get an answer, so initially I wasn’t able to verify the truth of the report although there are photos that give credence to the story. “Surely,” I thought, “the people in that lovely community in southwest Georgia haven’t taken up the worship practices of the folks in the Appalachian Mountains."

Worship services in the mountains of Tennessee and Kentucky have sometimes been characterized by the sound of thumping tambourines, dancing which could be more accurately described as frantic prancing, squealing, shouting, and handling snakes.

Those who engage in such bizarre worship services contend that Mark 16:18 justifies their strange practice. In that passage Jesus reportedly said, “They shall take up serpents; and if they drink any deadly thing, it shall not hurt them; they shall lay hands on the sick, and they shall recover.”

The Apostle Paul’s experience on Melita also motivates some to participate in the handling of venomous, slithering reptiles (See Acts 28: 1-6).

Baptists typically believe that the signs mentioned in Mark 16 were no longer necessary after the New Testament was completed – that God’s Word is sufficient and no longer depends upon signs and wonders for its verification.

At some point, this water snake crept into the camper of Ken and Brenda Cloud, making itself at home in Ken's trousers before he prepared to preach that night. KEN CLOUD/Facebook

While I was waiting for a call from Cloud, the story was being greatly embellished as it traveled through the Baptist grapevine. At one point it was 20-feet long, with deadly venom comparable to the Inland Taipan and like a monster from a horror movie.

When Cloud finally called, he explained that the snake was not a copperhead, but a water snake. The pesky serpent had mysteriously entered their camper, which they had driven to the Fort Gaines church. It was not 20 feet long, but 41 inches long. The snake fell out of his pants when he picked them up to dress for the day.

Cloud did not handle the snake as a part of some religious ritual, but when the revival preacher pinned the snake’s head to the floor, the beast coiled itself around his arm. However, with the aid of Brenda, his wife, who handed her husband a knife, he managed to severe the reptile’s head from its body.

Undeterred by the incident Cloud preached both morning and evening at the Fort Gaines church and God mightily blessed. On Sunday night he and Brenda went back to their camper and slept the whole night through without fear of snakes or hindered by nightmares.

If a snake had entered my sleeping quarters one night I would have spent the next night standing on a chair with a spotlight in one hand and a shotgun in the other. Actually, I would have gone to the nearest Holiday Inn Express for a night of rest and their breakfast cinnamon rolls.