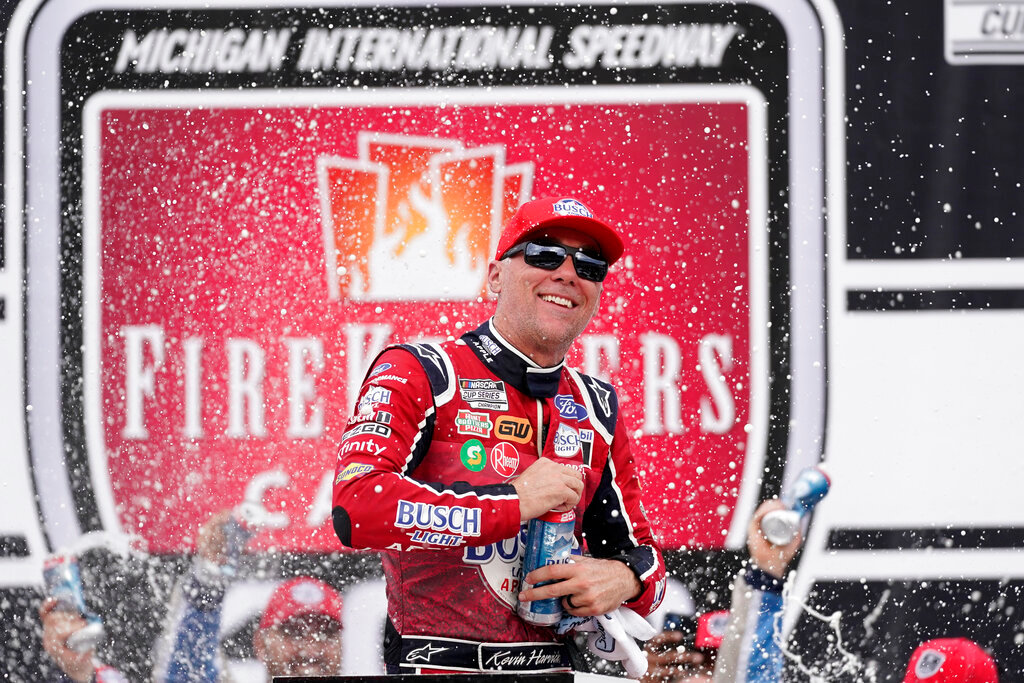 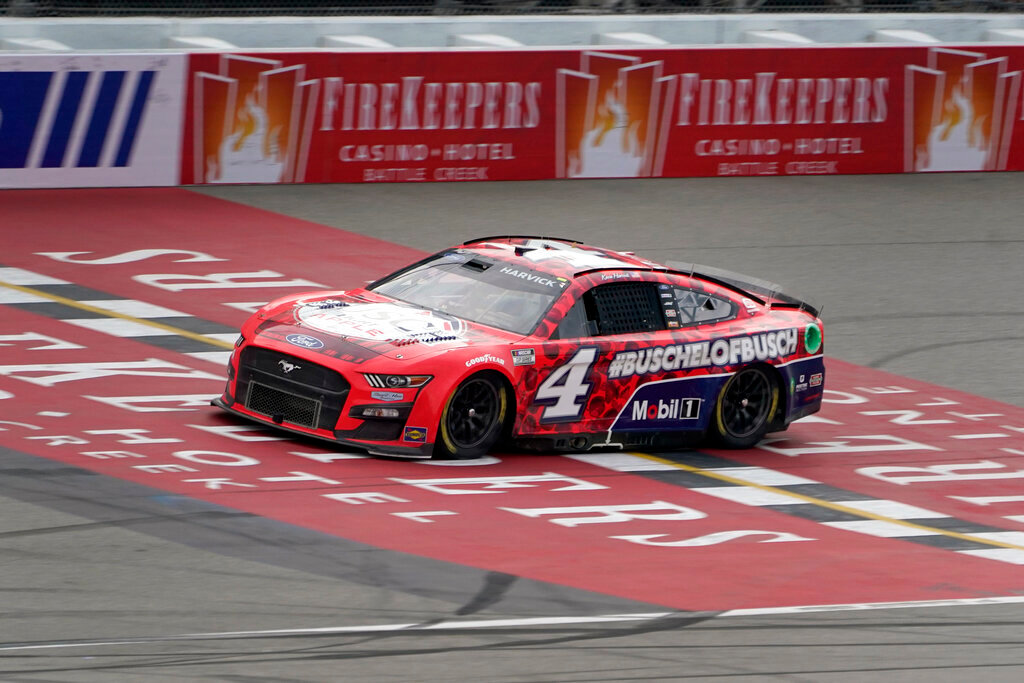 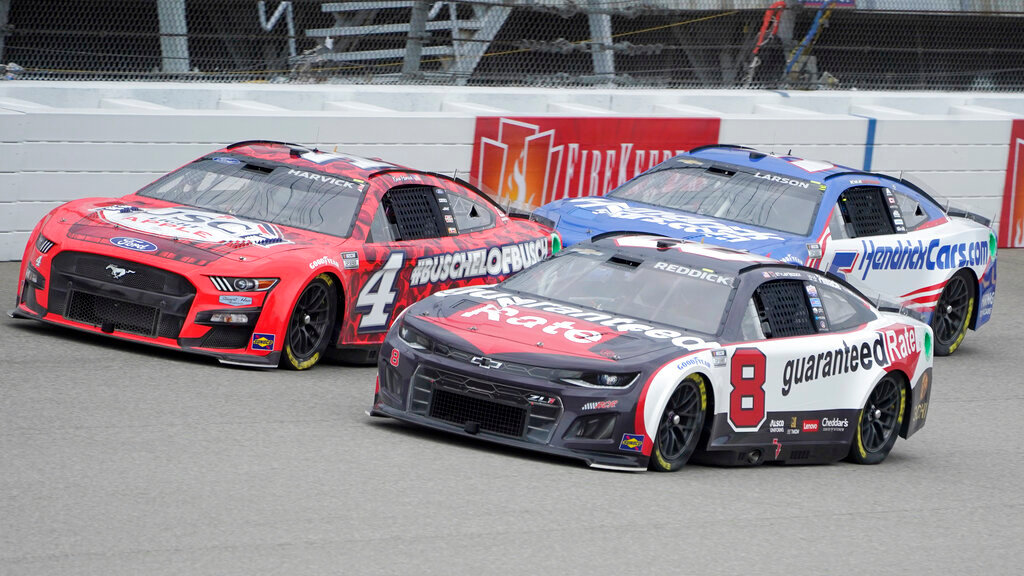 BROOKLYN, Mich. (AP) — Kevin Harvick got his groove back, fittingly at one of his favorite tracks.

Harvick’s win shakes up the playoff race with just three races remaining in the regular season, leaving little time for drivers to earn a spot in the 16-car postseason, and gives a boost for a veteran that entered the weekend No. 17 in points.

“Everybody that doubted us doesn’t know us,” he said.

NASCAR has had 15 different Cup winners this season. If there are two new winners over the last three races, a driver with one win will be eliminated from the 16-car playoff with a tiebreaker based on points. Ryan Blaney and Martin Truex Jr. are top-10 drivers in points, but they have not finished first to put their postseason positioning in peril.

Harvick's No. 4 Ford pulled away from Bubba Wallace and the rest of the field following a restart with 35 laps to go at the FireKeepers Casino 400. The Stewart-Haas Racing driver took advantage of clean air, helping him coast to his 59th victory, including five wins since 2018 on the two-mile oval in the Irish Hills region of southern Michigan.

Harvick had not won since claiming a NASCAR Cup Series postseason race on Sept. 19, 2020, at Bristol Motor Speedway.

“It's been a while," he acknowledged. “Michigan has been a great place for us."

Wallace finished second in his No. 23 Toyota — 2.9 seconds behind Harvick — followed by Denny Hamlin in his No. 11 Toyota.

“Seconds not good enough for the playoffs," said Wallace, who needs to win one of the final three regular-season races to earn a spot in the postseason.

Austin Cindric, who won the Daytona 500 for his first career victory, started the day No. 15 in points and finished last in the 37-car race after his No. 2 Ford hit the wall head-on in a nine-car crash that knocked Kyle Busch out of the competition.

“It was a complete mess,” he said.