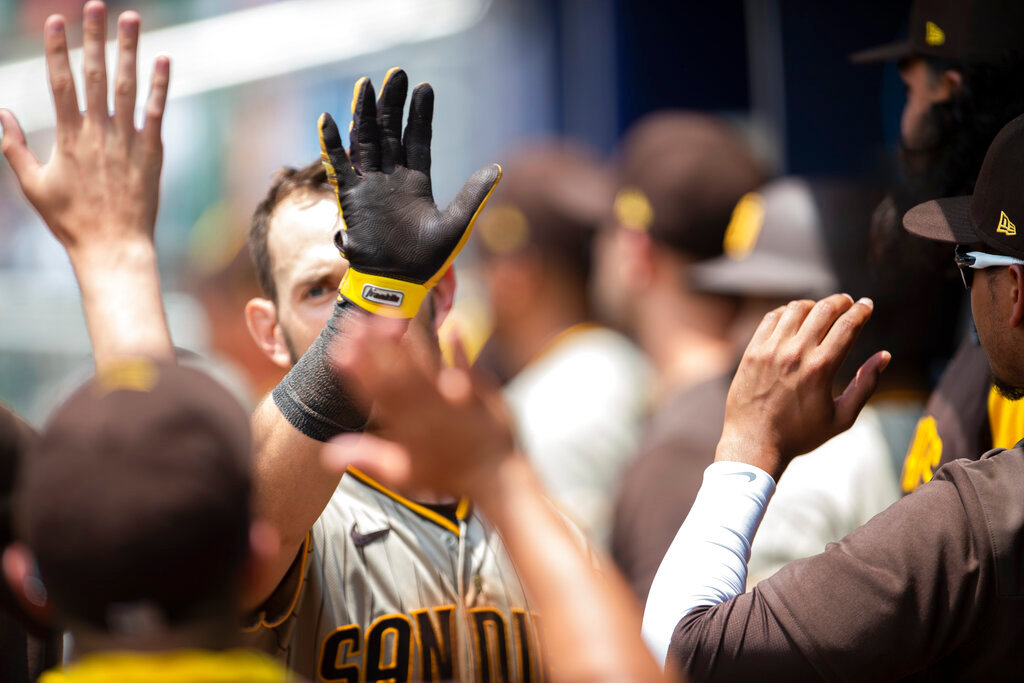 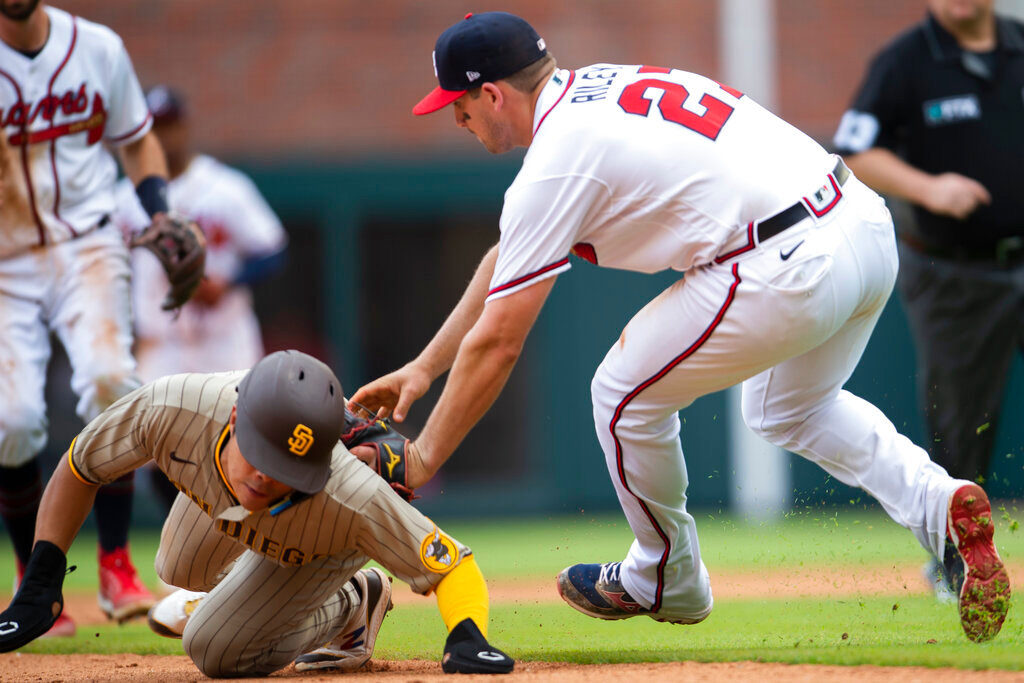 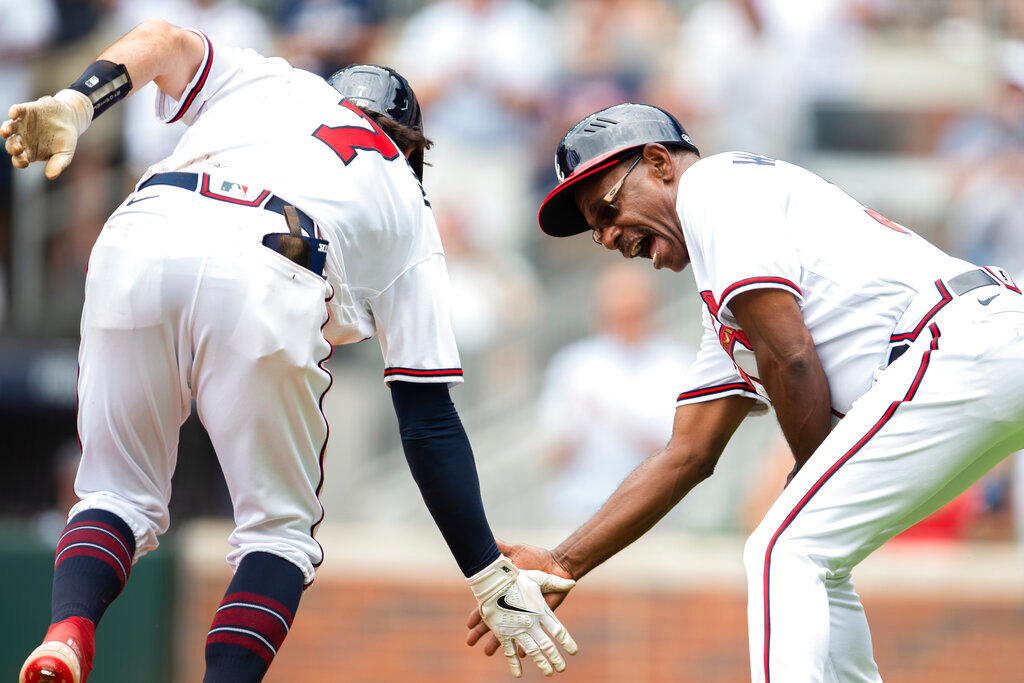 ATLANTA (AP) — Ha-Seong Kim had a run-scoring double to give San Diego the lead in a four-run 11th inning and the Padres beat the Atlanta Braves 7-3 on Sunday to win the three-game series.

Kim's double to left field off Jackson Stephens (0-1) drove in Jake Cronenworth, who opened the inning as the automatic runner on second.

“I was extra motivated and extra focused to give the team the lead,” Kim said through an interpreter.

Kim moved to third on a throwing error by shortstop Dansby Swanson and scored on Jurickson Profar's grounder to second base, beating Ozzie Albies' throw to the plate.

Padres acting manager Ryan Christenson said he shared a postgame text with manager Bob Melvin, who is recovering from prostate surgery, to brag about the team's resiliency in rallying from an early 3-0 deficit.

“It was just good to see the guys keep fighting and prevail,” Christenson.

The Padres won two of three games in the series.

Swanson's two-run homer off Joe Musgrove gave the Braves a 3-0 lead in the fourth. The Padres took advantage of two unearned runs to tie the game against Kyle Wright.

Swanson's alert baserunning gave Atlanta a 1-0 lead in the second. He reached on a fielder's choice grounder and advanced to third on Adam Duvall's bloop single in front of Will Myers in right field.

Swanson scored on a head-first slide when Myers' throw skipped past Robinson Canó at second base. The run on Myers' throwing error was unearned.

Braves first baseman Matt Olson's fielding error allowed Profar to score an unearned run in the fifth. Profar doubled off Wright and scored on Myers' single in the seventh.

Luis García walked Ozuna with two outs in the eighth. Ozuna stole second and moved to third on García's wild pitch before Albies popped out to end the inning.

Canó, who signed with San Diego on Friday after being designated for assignment by the New York Mets on May 2, was 0 for 5 in his Padres debut. Kim started at third base and Cronenworth made his first start of the season at shortstop.