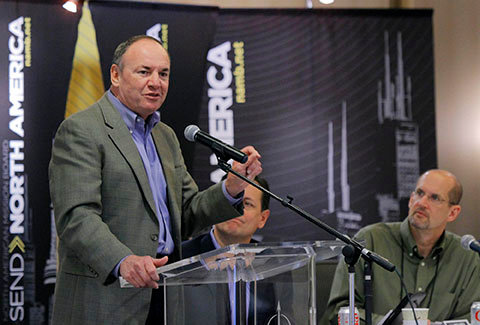 The foundation’s board of trustees voted unanimously on Wednesday to call Wynn, who was the long-time pastor of Hebron Baptist Church and two-time president of the Georgia Baptist Convention.

“I look forward to the opportunity to carry on the foundation’s vision, to help dream a new dream, to spearhead the granting process, to be a liaison to pastors and churches, and to tell the story of the foundation,” he said.

“I think Larry is uniquely qualified to lead this foundation and ensure its maximum impact for the kingdom,” said W. Thomas Hammond Jr., executive director of the Georgia Baptist Mission Board. “His broad experience in ministry and deep roots in Georgia make him the perfect choice.”

The Health Care Ministry Foundation has had a major impact on wellness in Georgia, having distributed nearly $58 million in grants to churches and other organizations that provide medical and dental care in local communities throughout the state.

Through those grants, the foundation has impacted more than 4.1 million people, including some 20,000 who have made professions of faith in Christ, according to reports from the recipient organizations.

Darey Kittle, chairman of the search committee that recommended Wynn, said the board of trustees felt that he was the best possible choice to lead the foundation.

“I think he is a natural fit in that he’s been in Georgia Baptist life most his life,” said Kittle, pastor of Salem Baptist Church in Dalton. “He already has a connection with the pastors of the state as well as the Mission Board administration. He has a great vision for helping pastors and leading the health care ministry to help more people.”

Ivy Creek Baptist Church Pastor Craig Dale, a member of the three-man search committee, said the foundation will be in good hands with Wynn at the helm.

“Larry is such a well-connected pastor in the state of Georgia, and has been for decades,” Dale said . “He is well-known throughout the state and will make such a wonderful ambassador for Georgia Baptists in the health care world.”

After concluding his ministry at Hebron Baptist, Wynn became vice president for evangelism at the Southern Baptist Convention’s North American Mission Board.

Dale said the search committee wanted to recommend someone who understood the needs of pastors, because, he said, healthy pastors make healthy churches. He said Wynn certainly meets that qualification.

“One of my favorite things about him, it doesn’t matter if it’s a megachurch pastor or a guy that pastors a church of 50, he treats everyone the same,” Dale said. “He understands how things work behind the scenes at the Mission Board, but he also understands what things are like out on the front lines in the local church.”