Learn how Christians can impact culture, policy, and government 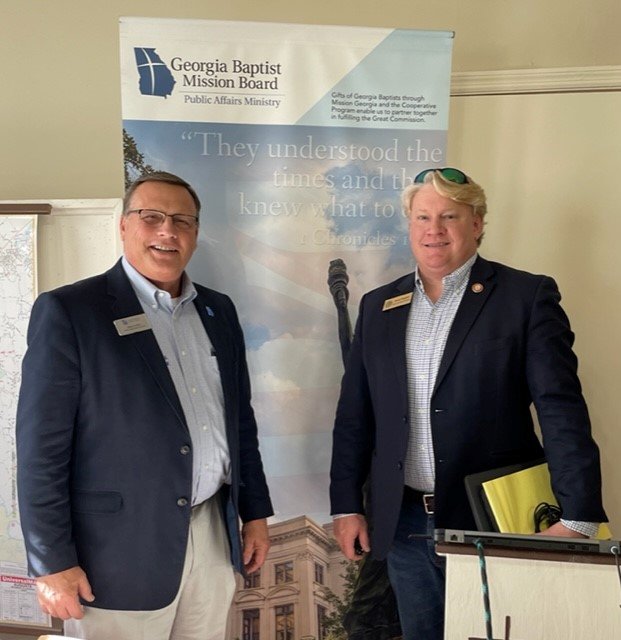 Once again, Georgia Baptists need to know how to have the greatest impact on shaping public policy in our state. And that’s the purpose of a series of upcoming training sessions being held across the state of Georgia.

The Georgia Baptist Mission Board has eight training sessions scheduled from May through November to give church leaders insights into engaging in the raging debates surrounding ethical, moral and cultural issues.

The training sessions have been held each year since 2016 and have proven very popular.

The training helps participants understand why it’s important for ministry leaders and churches to be engaged in the policy-making process. Engagement and service are the key words to take away from this training: Be engaged in policy and serve governmental leaders.

Some of the most important moral and ethical issues affecting Georgia Baptists are debated inside the state Capitol, and they need to make their positions known regarding each one. This year Georgia Baptists had their best year at the Capitol in making their concerns known.

These policy debates impact our communities and ministries. These days, Christians are rightly concerned about the state of politics and culture, but, unfortunately, we’ve lost ground in the political arena because people of faith have become less engaged in the public square. Never has there been a time since our country’s founding when Christians have needed to get involved in government than right now. We need biblical “salt and light” to help preserve our nation before it is too late.

Every pastor and ministry leader can benefit from the upcoming training events, which delve into the issues Georgians are facing at the state level and provides the information they need to impact policy and legislative debates.

Smith said the Mission Board has done “a phenomenal job” in helping Georgia Baptist pastors understand how cultural shifts are making their jobs much more difficult.

“If you’ve been paying attention at all, you’ll know the culture is changing pretty rapidly,” Smith said. “And when the culture changes, the laws change, and when the laws change, that impacts our ability to minister. So, it behooves us to understand what’s going on. And it behooves us to engage in the process. That is political but not in a negative sense. If we’re going to impact the law, if we’re going to impact the way the culture is changing, we’ve got to engage.”

Josh Saefkow, pastor of Flat Creek Baptist Church in Fayetteville, said the first time he went to one of the training sessions he was convinced Christians should be involved in government and politics.

“I fell under great conviction that we as pastors must lead the way in public life and in the public square,” he said.

For dates and times and to register for the 2022 upcoming training events, click here.

Learn how Christians can impact culture, policy, and government