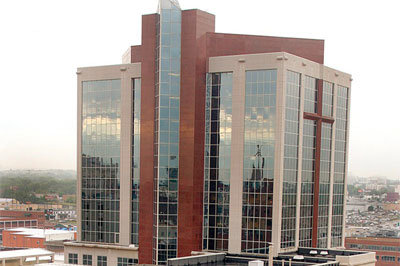 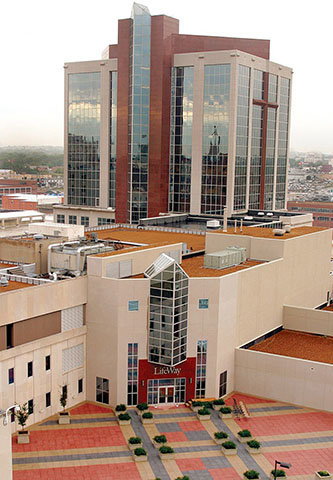 Draper Tower at LifeWay Christian Resources is scheduled for demolition Dec. 2. The entitity's move to its new location in downtown Nashville is slated for mid-November. LIFEWAY/Special

NASHVILLE (BP) — The new owner of LifeWay Christian Resources' Nashville corporate headquarters has slated demolition of the Draper Tower for early December, just weeks after the entity moves to its new home blocks away.

Plans to demolish the tower by implosion are scheduled for Dec. 2, followed by the demolition of the Sullivan Tower in early 2018. LifeWay Christian Bookstore on the site has already been torn down.

Several historic and iconic accents of the original campus will be preserved, including medal Scripture medallions, LifeWay Communications Director Carol Pipes said. LifeWay's 1,100 downtown Nashville employees are still on schedule to move to the newly constructed headquarters in the Capitol View urban development in mid-November, she added.

LifeWay's new site will retain the entity's history and values, LifeWay CEO and President Thom Rainer has said. The building will include stained glass windows from the Van Ness Auditorium, and a Scripture medallion featuring John 14:6, the foundation for the entity's name.

"There will be historically significant items throughout these floors," Rainer has told LifeWay trustees, "and there will be Scripture prominent everywhere."

The implosion of the Draper Tower will be the first major implosion in Nashville in more than 30 years. The most recent was the 1985 demolition of the Sam Davis Hotel in preparation for the Nashville Convention Center, the Nashville Tennessean reported.