Lightning 3-peat in trouble after Game 4 loss to Colorado 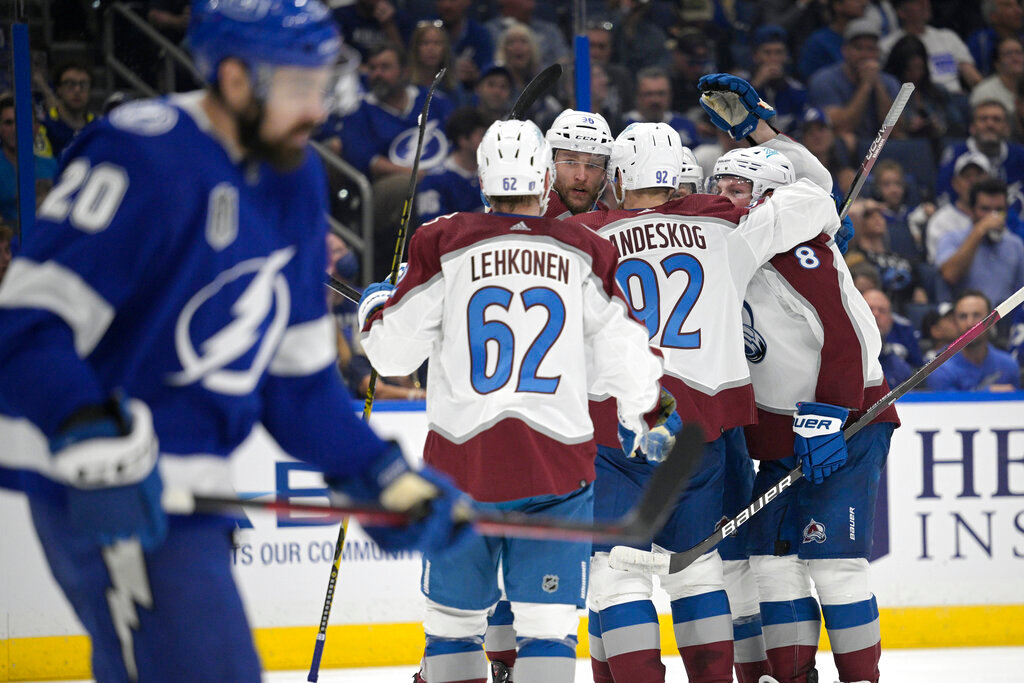 The Colorado Avalanche celebrate a goal by center Nathan MacKinnon during the second period of Game 4 of the NHL Stanley Cup Finals against the Tampa Bay Lightning on Wednesday, June 22, 2022, in Tampa, Fla. (AP Photo/Phelan Ebenhack) 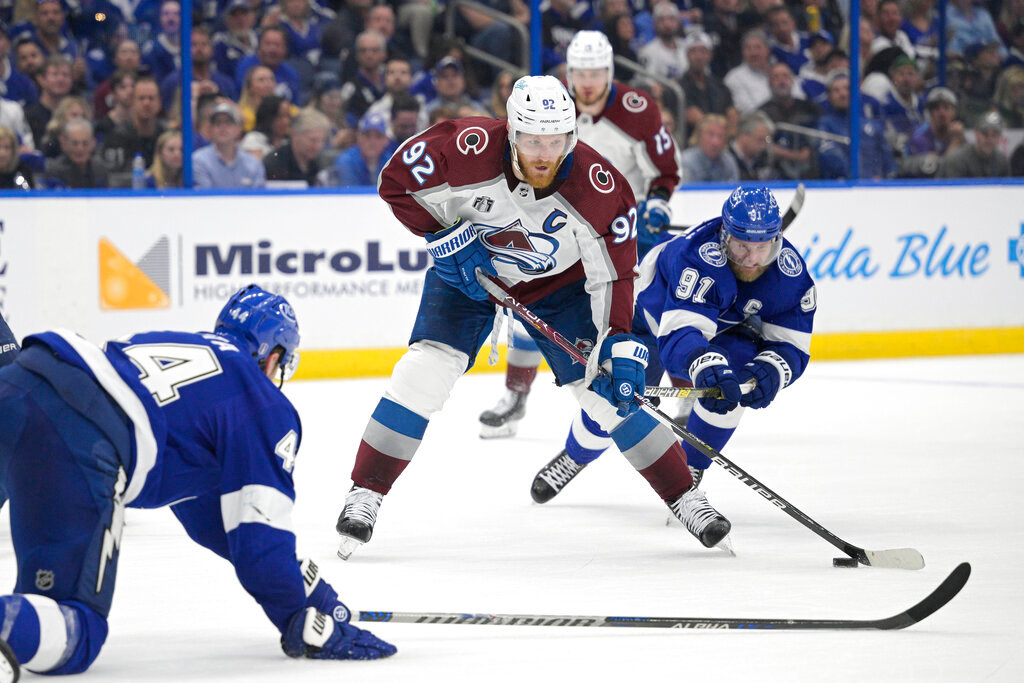 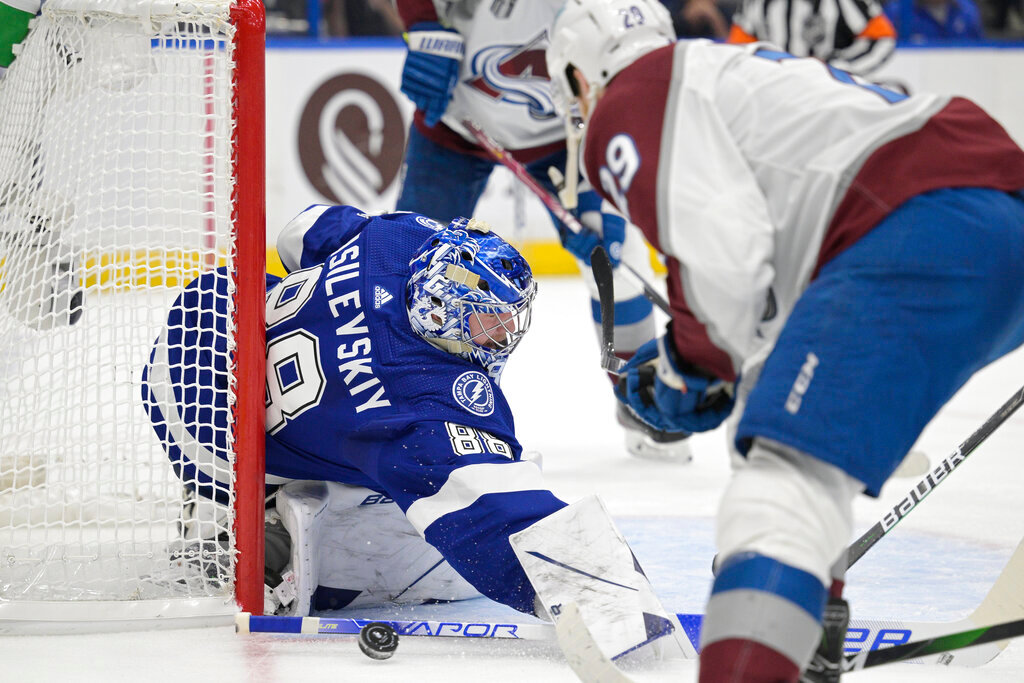 TAMPA, Fla. (AP) — Tampa Bay coach Jon Cooper took one question during his postgame media session. Without getting into specifics about whether Colorado had too many men on the ice, he suggested the Avalanche’s overtime goal shouldn’t have counted.

“This one is going to sting much more than others,” Cooper said Wednesday night after a 3-2 loss in Game 4 of the Stanley Cup Final. “It’s hard for me. It’s going to be hard for me to speak. I’m going to have to speak. I’ll speak with you tomorrow. You’re going to see what I mean when you see the winning goal. And my heart breaks for the players because we probably still should be playing. I’ll be available tomorrow.

“And just watch this team, what they’ve gone through and the battling that’s gone on. And we’re all in this together. Players, coaches, refs, everybody. I’ve been part of some heartbreaking losses and defeats to the teams that took us out and been with a group that just fights, fights and fights, and they fought their way to a third Stanley Cup final in a row.”

Kadri’s goal at 12:02 of overtime counted and the Avalanche took a 3-1 series lead, putting the Lightning’s three-peat bid is in deep trouble.

The NHL released a statement saying the penalty is a judgement call that can be made by the on-ice officials. Each of the four officials said they did not see a too many men on the ice situation on the winning play. The call is not subject to video review.

Tampa Bay is trying to become the first team since the New York Islanders won four championships in a row from 1980-83 to lift the Cup three straight seasons. Teams down 3-1 in the final have rebounded to win it all just once in 36 tries.

Tampa Bay had its franchise playoff-record eight-games winning streak at home end. The Lightning outscored opponents 33-13 over those eight wins.

Game 5 is Friday night at Colorado.