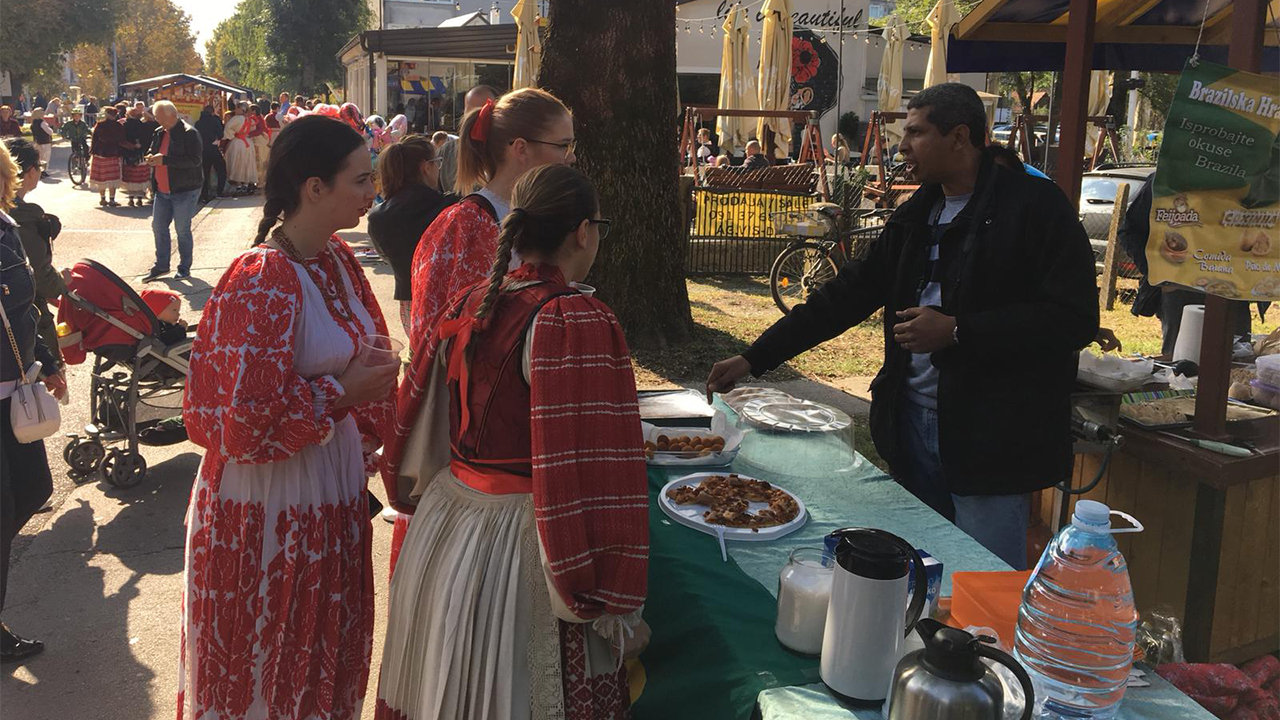 Evangelistic events in Croatia give people a chance to connect to Baptist churches. IMB photo
Posted Monday, October 19, 2020 10:27 am
International Mission Board

Evangelistic events in Croatia give people a chance to connect to Baptist churches. IMB photo

CROATIA — After living in Croatia for more than 22 years, missionary Eric Maroney understands why some people describe life and ministry as difficult in this part of Europe. He has witnessed the reluctance of people to believe the Truth of the gospel and has endured the skepticism toward evangelical churches. Only one Baptist church stands in western Zagreb — an area of 250,000 people — where Eric’s team lives and works.

As a church planter, Maroney, who serves with his wife, Julie, looks for new strategies to share the gospel. Giving to the Lottie Moon Christmas Offering supports his efforts. In 2014, when a Brazilian ministry partner pitched the idea of a radio ministry, Maroney saw it as a part of a larger strategy to spread the gospel and connect seekers with local congregations. 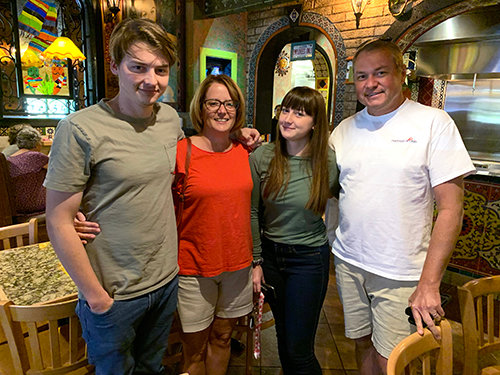 Eric and Julie Maroney have served in Croatia for more than 22 years. They have two grown children, Nathan and Kaley. IMB photo

“We approached the local radio station, Radio Martin, and they were willing to host us, despite the fact that the station is affiliated with the Catholic church,” explains Maroney. “The first contract was for two 15-minute programs Monday and Wednesday afternoons. Over the years, as we’ve developed a relationship with the station director, we’ve been able to negotiate for lower fees and have moved to a live 45-minute program on Wednesday and Friday evening recorded at the radio station.”

Their ministry team now includes nine local partners who serve as speakers, translators, and technical support. The group fills the airwaves twice a week with a sermon, spiritual songs, interviews with believers and questions from callers. Ratings reported from the radio station’s director show that more than 40,000 people listen to each broadcast. In a country with only 7,000 evangelicals in total, the number of listeners is significant.

Maroney says he knows that not all listeners are intent on hearing the gospel when they tune in, but they are still opening themselves to a message of Truth. Maroney and his team trust that the “broad seed sowing” of the broadcasts touch people’s hearts and offer an alternative to those living without the hope of Christ. He says they have already seen a key impact of the radio ministry. 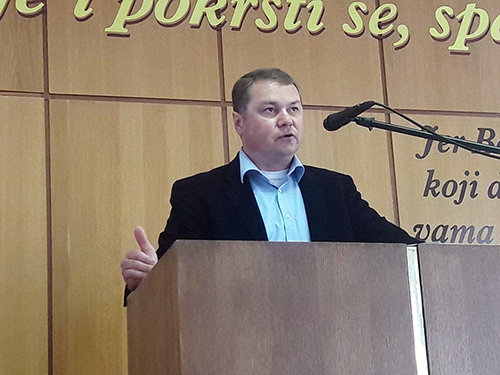 IMB missionary Eric Maroney preaches in Croatia. His sermons are also broadcast twice weekly on a local radio station. Though it takes 20-30 hours for Maroney to prepare a radio sermon in Croatian, he believes the time is worth it to reach the more than 40,000 people who tune in to the program. IMB photo

“A year after we began broadcasting, a man visited the Dugo Selo plant. After several months of visiting he invited us to start meeting on Tuesday evenings in an empty storefront that he owned in. Six months later he casually mentioned that the reason he had first visited the Dugo Selo church was that he had been listening to our radio broadcast from the beginning,” Maroney says.

Though it takes Maroney 20-30 hours to prepare a radio sermon in Croatian, he is willing to put in the time to reach the multitudes. In addition to the broadcasts, Maroney and his partners work with the local church to distribute Christian literature, provide a monthly article for the town magazine, and host evangelistic events and public concerts. They teach ESL classes and host summer camps.

The gospel is reaching the airwaves and the streets of Croatia, thanks to the faithful giving of Southern Baptists.