Look around, it's GO time 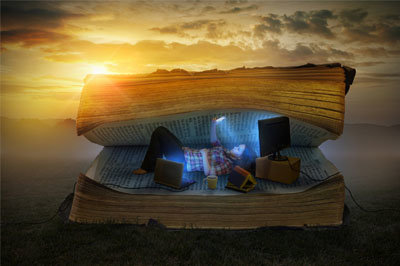 Over the last ten years or so, I've lost count on how many stories I've written about the shrinking American church, the rise of those who believe in nothing, and a culture that never seems to stop throwing another jab at people of faith.

At times it can seem overwhelming. Doing church today can't be done as before. We can keep expecting people to show up, but mostly we'll just be left expecting. For the church to be the Church, it's going to take steps and a resolve we've not had to summon in our lifetime.

A Barna report from earlier this year stated that among Generation Z (those born between 1999 and 2015) atheism has doubled. One-third of them say it's impossible to know God is real. Around 59 percent identify as "some kind of Christian" compared to their grandparents (75 percent).

They are truly a "post-Christian" generation.

The weekend after this one, you'll have a chance to get training for pushing back against these trends. Other commitments, specifically my daughter's birthday party, kept me from attending the previous two GO Georgia conference weekends. This year will be different, though, as I'll be making the rounds at the event in Macon.

The conference's theme of re:Generation and this column focus on students, but sessions will also address areas such as church administration, Hispanic church leadership, men's ministry, technology, and worship and music.

While studies may paint a picture of a younger generation lost and with little chance of saving, Ricky Smith finds cause for hope.

Smith, Georgia Baptist state missionary in Student Groups and Faith Development, takes exception to the phrase "post-Christian" in referring to Generation Z. Instead, he sees a sleeping giant.

"You have to acknowledge the saddening statistics," he admits. "But I get highly motivated. We're dealing with the first-ever unchurched generation. I see them as 'pre-churched.'

“Research tells us they’re eager to make a difference in the world. They have a strong desire to learn. When we take that potential and reach them with the gospel, it’s not outside the realm of possibility that we can see sweeping revival through them.”

He's right. That same Barna survey says students are drawn to spiritual things, but begin from a very different place than generations before. Those other groups started with a basic understanding of Scripture. Students today, many with parents reflecting the overall trend toward secularization in the U.S., didn’t get that. Smith will address that issue of biblical literacy in leading his own GO Georgia seminar.

In a break from U.S. adults, fewer teenagers saw religious people as judgmental (17 percent to 24 percent). Members of Generation Z who attend one or more worship services a month see the Church in a more positive light than you’d think. At least 82 percent of them see it as a place to find answers for a meaningful life, with the same percentage calling it “relevant to my life.” Seventy-seven percent said they could be themselves at church.

Perhaps another telling response: 38 percent thought “the church is overprotective of teenagers.” In other words, don’t underestimate them.

“There’s a natural tendency for one generation to rebel against the one before them,” Smith points out. “When you think of the frustrations associated with Millennials, pushes back against entitlement or a lack of work ethic. They want to earn it. They want to work for it. They’re not satisfied with the status quo.”

That points to the need for not only more student ministry volunteers, but training for them. Two days of it at GO Georgia, Smith asserts, can help volunteers prepare students to be missionaries on their own school campuses.

The recent trend of student activism, Smith adds, proves his point. “These kids are going to get behind something. If the Church doesn’t present them with the gospel, it’ll be something else.

“But, the Church has the greatest purpose to give them. That’s peace, hope, and love.”