Jared and Tara Jones (center), IMB missionaries to Japan, gather for a meal with friends. The couple met when they were both serving in Japan as Journeymen and have since gotten married and planted their family there, saying they believe God is at work in the hearts of the Japanese. IMB/Special

From the minute Tara Jones walked through the door of her new pediatrician’s office, she knew something was going on that was bigger than the fact she had a sick child. 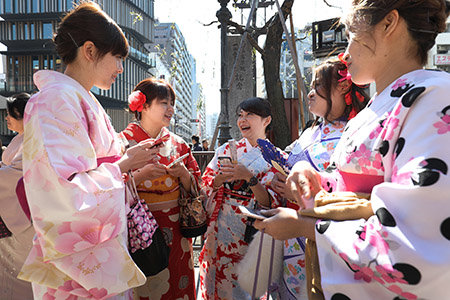 The spiritual soil in Japan is hard to till, but IMB missionaries Jared and Tara Jones say the Japanese have a deep longing to know genuine love and purpose.

“Jared and I had been praying about where God would want us to start a church,” Tara said. “The time had just never been quite right.” The Joneses weren’t the only ones praying – people back home were too, including Tara’s parents, Bill and Barbara Greene in Alabama.

“My parents are prayer warriors,” Tara said, “and my dad had been praying that God would give us a national partner that we would have to run to keep up with. He said, ‘I just feel like God is going to do something big.’”

So that day when Tara met the pediatrician, she knew immediately that God was answering her father’s prayer for God to shake a nation where less than 1 percent of the population claims Christianity.

Out of the blue

“Our pediatrician asked me out of the blue, ‘You guys are church planters, right?’ She said she had been praying about starting a church there at her office,” Tara said. “As she shared, I knew God had brought our paths together.” 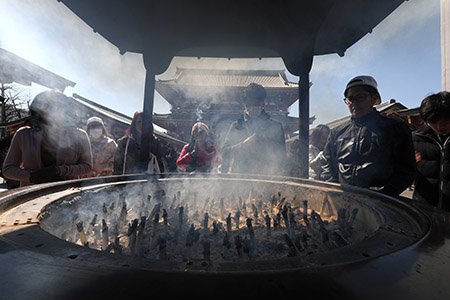 Japanese people burn incense at a Buddhist temple in an attempt to burn away their negative qualities and find their pure self within. Jared and Tara Jones, IMB missionaries to Japan, pray the Japanese will find true redemption through hope offered in Christ.

Amazed, Tara went home and prayed with Jared, and they knew God was confirming this was exactly what He had in mind. The first week the new church opened its doors, more than 70 people came. “Jared and I were amazed – people showed up who we hadn’t seen in years, people we had tried to share the gospel with but thought nothing had taken root,” Tara said.

“We just looked at each other and wept. It was a beautiful picture of what God had been preparing.”

The hearts they’ve seen change in the months that followed represent a harvest only God could bring about, Jared said. “God was already at work,” he noted. “He can make doors where doors don’t exist.”

Tara’s dad, Bill, said amazing is the only word he can think of to describe it.

“We’ve seen God’s faithfulness to answer prayer, and we pray that Japan will be the place where the next great spiritual awakening begins,” he testified.

... the people who attend the church in the pediatrician’s office to continue to bring their lost friends and show them what it looks like to live a life changed by Christ. Ask that hearts will continue to be changed.

...the church to be firmly planted, a lighthouse in the community, and a strong witness for decades to come.

2 Corinthians 5:14 (HCSB) - For Christ’s love compels us, since we have reached this conclusion: If One died for all, then all died.

Generous giving to the 2017 Lottie Moon Christmas Offering® makes a massive difference in the world. Men, women, children, and entire communities are transformed as a result of this offering. Your gifts enable thousands of missionaries to live among, serve, and share the gospel with people who have never heard it until now. 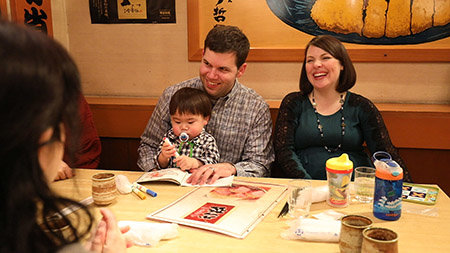 Jared and Tara Jones, IMB missionaries to Japan, say they have seen God open countless doors in a country they were told was hard, if not impossible, to reach. One of those open doors was for the adoption of their son, Ezra, something the Joneses were told would be very difficult to achieve in Japan.

Through the Lottie Moon Christmas Offering, you and your church:

Look for these stories and specific ways you can pray in this year’s Week of Prayer guide, as well as the accompanying videos.

• The Bagby family in Nepal hikes rough terrain to bring the gospel to unreached people and villages.

• God is moving Muslims of Russia toward faith in Christ.

• The diverse backgrounds and skills of the Mexico City team help them serve unreached people in this global megacity.

• Often alone, the forgotten refugee needs to know he is loved by God. IMB missionaries have the opportunity to share the hope of the gospel.

• The world converges in the kitchen of the Mikeska family in London. There they encourage new believers and develop strategic friendships.

• Celebrate what God has done to draw people to Himself and continue praying for hearts open to Him.

• Boldness, clarity, joy, effectiveness, and more. This is what IMB missionaries need and why prayer matters.

77 years after Auschwitz, Jews honor those who rescued them

Analysis: Crisis in Ukraine a showdown of two world views