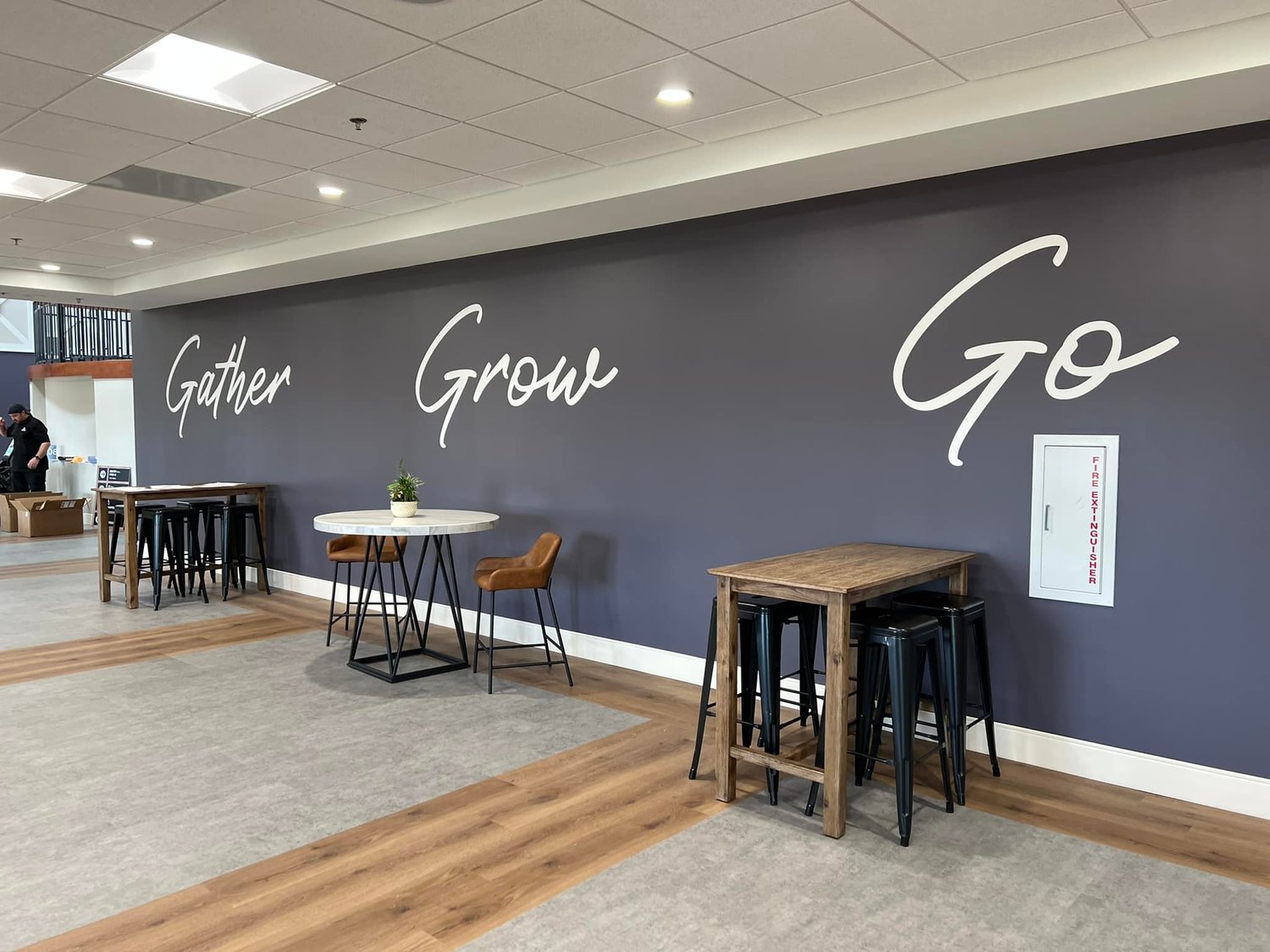 First Baptist Church of Cartersville has expanded its campus in a way intended to improve their mission to gather, grow and go. 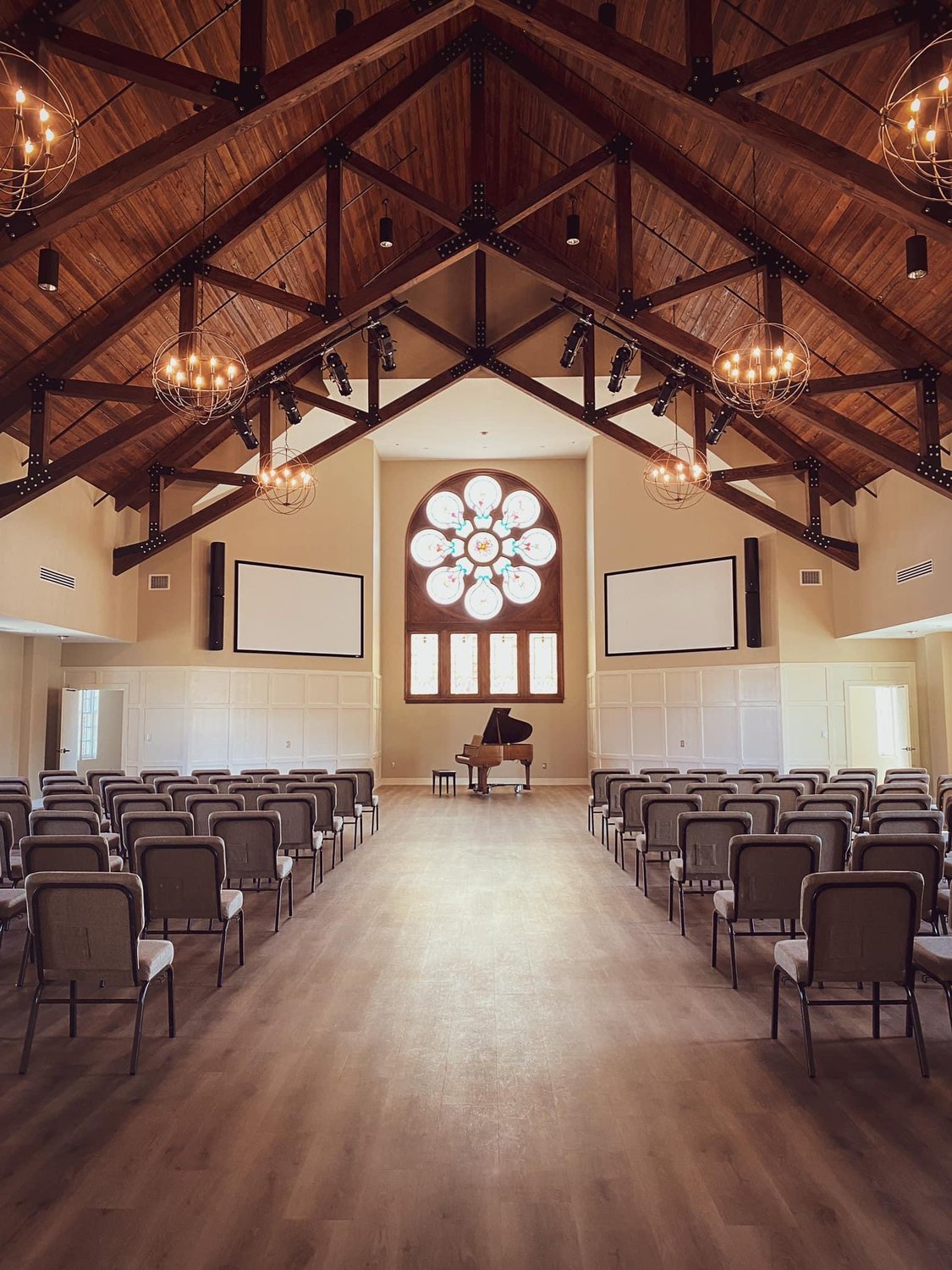 This photo shows the woodwork in the Lottie Moon Chapel at First Baptist Church in Cartersville.
Previous Next
Posted Thursday, March 10, 2022 9:17 am
By J. GERALD HARRIS, The Christian Index

CARTERSVILLE – Lottie Moon, a household name among Southern Baptists because of her selfless and sacrificial missionary service among the people of China, has a beautiful new chapel named for her and dedicated in her memory at First Baptist Church in Cartersville.

The chapel is the centerpiece of a significant $9.7 million building expansion at the church’s campus on Douthit Ferry Road in Cartersville. Kyle Walker, pastor of the First Baptist Church, explained, “We have referred to this construction endeavor as Legacy Project 2.0. The chapel will hold approximately 300 people and it will be utilized as a flexible space for all types of ministry and activities. In addition to the Lottie Moon Chapel, we have provided new or renovated space for every age and ministry in the church.”

Walker specified, “We have expanded our Worship Center and updated technology. A brand-new children’s wing has been constructed and the preschool wing expanded. We also renovated and expanded our student space and adult Bible study areas. These expansions and additions will allow us to expand our ministry to reach and disciple people as followers of Jesus Christ.

Gene Lee, an elder who has been a member of First Baptist Church for 26 years stated, “We named our building venture The Legacy Project, because of our 180-year history as a church and the significance of learning from previous generations and the opportunity to pass that on to those who come behind us. One of the key legacies in our history is that Lottie Moon was once a part of our fellowship.

“After being one of the first women to earn a Master of Arts degree in the south Lottie Moon moved from her home state of Virginia to begin a teaching career in Cartersville, where she opened a school for young girls in 1871. She joined First Baptist when it was located on Cherokee Avenue across from Roselawn; and ministered to the poor and impoverished families of Bartow County.”

In Leon McBeth’s book on The Baptist Heritage we are told that as a young woman Miss Moon had several suitors, but never married because she felt called to mission work in the Far East. While a member of the Cartersville church, the Southern Baptist Convention relaxed its policy against sending single women to the mission field and on July 7, 1873, Lottie Moon was appointed as a missionary to China where she served for almost 40 years. Throughout her missionary career, she faced plagues, famine, starvation and war. She essentially sacrificed her life to care for the impoverished people of China.

In 1887 Miss Moon suggested the idea of a special Christmas offering to support the work of “foreign missions”. The Woman’s Missionary Union, formed in 1888 accepted the challenge and proclaimed a week of prayer and a special Christmas offering for 1888. The actual receipts for the first year were $3,315.26. The Christmas offering for missions soon came to be known as the Lottie Moon Christmas Offering and over the years Southern Baptist churches have given more than $5 billion to international mission through the offering named for the petite young woman who was called from Cartersville First Baptist Church.

A beautiful stained-glass window has been placed behind the platform as the centerpiece of the Lottie Moon Chapel. The window was removed from the former church building located on W. Cherokee Avenue. According to Lee, “In February 1903, in a highly unusual move, the United States Senate voted to pay the church a total of $5,000 for war damages to the building that were incurred by Union troops during the Civil War. The church then began to raise another $5,000 to construct a new building.

“The first contribution to the church was the donation of $500 by Rev. Sam Jones, the great Methodist evangelist. The gift was provided for the purpose of installing a stained-glass window in memory of his brother, Rev. Joe Jones, who had joined the Baptist church in 1901 and died in 1903.

Lee continued, “The transfer of the stained-glass windows from the old church to our new chapel is a reminder of God’s faithfulness, not only to the people of our fellowship, but to the people of our community. We hired a company from Alabama specializing in stained glass restoration to do this work. They took the large window facing to the west apart, piece by piece, took it back to their shop to clean it, and "re-leaded" it in July last year.

“They also had to build a new frame for the window before it could be installed in the new chapel.  The frame is made from beautiful mahogany wood and the large window is accompanied by 4 smaller, vertical windows that complimented it in the old building. This process took over 6 months to complete.

“The beauty of the window in its new setting is stunning and reminds us to stop and reflect on the goodness of God...something we tend to neglect way too often. The decision to name the chapel after Lottie Moon was very easy as there is no other name in Southern Baptist life that reflects the commitment and sacrifice to the Great Commission than that of Lottie Moon. “

Pastor Walker added, “Life is short and eternity is long. Lottie Moon is a faithful example of living for the sake of eternity by giving her life to share the way of salvation to as many people as possible. The connection of Lottie’s name with our chapel reminds us of the call we all have as Christians to live for the name of Jesus Christ so that others may know the life He offers now and forever. “

Sunday, March 6 was set aside as the day to celebrate the opening of the new facilities, but the church had additional reasons to rejoice. Thirteen new believers were baptized on this celebratory occasion, no doubt giving Lottie Moon occasion to smile from heaven. Following the worship services at 9:15 and 10:45 the church offered a complimentary lunch and an open house for all to see and experience the new facilities.”