Love him or loathe him, President Trump is keeping his promises 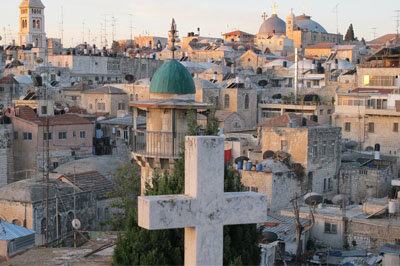 In 1995 Congress overwhelmingly passed the Jerusalem Embassy Act, an act to move the U.S. embassy from Tel Aviv to Jerusalem. As recently as 2013, additional bipartisan legislation was introduced in Congress to transfer the U.S. embassy in Israel to Jerusalem. However, Presidents Georgia H.W. Bush, Bill Clinton, George W. Bush, and Barack Obama refused to implement the 1995 legislation fearing it would jeopardize the national security interests of the United States.

The Jerusalem Embassy Act has a national security waiver that allows the president to postpone the implementation of the legislation every six months. President Trump did just that six months ago, but yesterday he refused to maintain the status quo. In signing the bill he stated, “I have determined that it is time to officially recognize Jerusalem as the capital of Israel. While previous presidents have made this a major campaign promise, they failed to deliver. Today, I am delivering.”

So, President Trump, in a courageous move and deciding that he would not let the threat of violence dictate American policy, signed the document to enact the legislation. In yesterday’s Washington Update, Tony Perkins of the Family Research Council said of Donald Trump, “This president, more so than any president in my lifetime, has kept his promises.”

We have too much fake news, abandoned principles, and empty promises. You’ve got to like a man who is a promise keeper.

Israel Prime Minister Benjamin Netanyahu expressed his gratitude for President Trump’s decision, but Muslim and Palestinian officials condemned the President’s action, indicating that it would fuel the likelihood of a holy war in the region and delegitimize the United States as a peacemaker or mediator in a time of conflict.

But Perkins, a devout Christian, added, “Like millions of people around the world, we thank the White House for taking this significant step. Under President Trump’s bold leadership, America’s foreign policy, as it pertains to Israel, is coming into alignment with biblical truth: Jerusalem is the eternal and indivisible capital of the Jewish state.”

Christians should be interested in the well-being of Israel, and Jerusalem in particular. After all, Mount Moriah in Jerusalem is where Abraham demonstrated his willingness to offer up his son Isaac as a sacrifice.

Jerusalem is where King David established his kingdom. He extolled the beauty and importance of the city to the Jewish people. He urged people to pray for the peace of Jerusalem and promised that those who love the city will prosper. (Psalm 122:6)

Jerusalem is where the beautiful temple was completed around 960 BC. King David chose the location, but it was his son, Solomon, who ordered its construction.

Jerusalem is the city Jesus wept over. He ministered there; and most importantly, Jerusalem is where He died and rose again. He will also return and one day set His feet on the Mount of Olives, a hill overlooking the city of Jerusalem.

In fact, all of history is moving toward the soon return of Christ. On May 14, 1948 Jewish Agency Chairman David Ben-Gurion proclaimed that the establishment of the Jewish state in Palestine would be called Israel. Ben-Gurion became Israel’s first prime minister.

There are many who believe, including this editor, that the establishment of Israel as a state can be related to the fig tree prophecy in Matthew 24:32. In the first part of Matthew 24 Jesus begins to tell his disciples about the signs of his return, finally indicating that the biggest clue is the blossoming of the fig tree. In Biblical prophecy the fig tree represents Israel; and many believe that the generation that was alive when Israel became a state will not all pass away before Jesus returns. There are still some of us who were alive on that historic occasion, but our days are numbered.

For additional information to collaborate the importance of Israel in God’s divine economy, consider the miracles of the Six-Day War in 1967. The allied Arab forces of Egypt, Syria, Jordan, and Iraq, backed by the Soviet Union, concluded that the existence of Israel was an error that needed to be rectified. Their goal was to wipe Israel off the map.

The odds were decidedly against Israel, because the United States chose not to get involved. Its opposing forces could be likened to Gideon’s 300 men against the mighty army of Midian. However, through a series of circumstances that could hardly be called anything but miraculous, Israel defeated her foes in less than a week. The Arab allied forces discovered that those who stand against Israel also stand against God. Psalm 121:4 declares, “Indeed, the Protector of Israel does not slumber or sleep” (HCSB).

In Genesis 12 God promised to make of Abraham a great nation and said, “I will bless those who bless you, I will curse those who treat you with contempt, and all the peoples on earth will be blessed through you.”

If you look at Bible prophecy and pay careful attention to history, including President Trump’s decision to recognize Jerusalem as Israel’s capital, you will also have to conclude God is divinely orchestrating His plan and that Israel is being prepared for the coming Messiah.