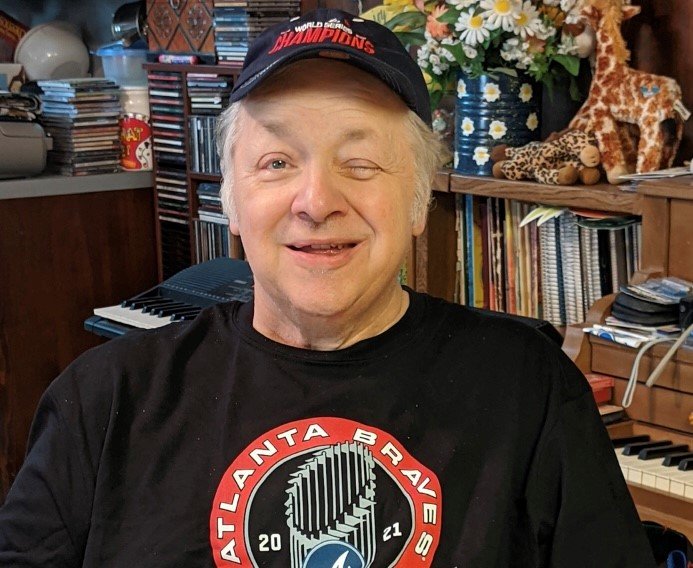 Ray Coleman poses for a photo after he was released from hospital in December 2021, following a stroke.
Posted Thursday, August 4, 2022 2:05 pm
By ROGER ALFORD, The Christian Index

DOUGLAS, Ga. – For retired Associational Missionary Ray Coleman, attending church has always been central in his life, but, since having a debilitating stroke two years ago, he had been unable to go.

Churches in the Smyrna Baptist Association, where he served for two decades, joined together to purchase Coleman a wheelchair-accessible van that has allowed him to be on the road again.

Coleman’s stroke left him partially paralyzed. He relies on a lift to get out of bed and a wheelchair to get around.

“People ask if he’s walking yet,” said Coleman’s wife, Glennis. “We’re applauding that he can sit on the side of the bed for five minutes and keep his balance. He has had to fight hard for every bit of progress he has made. He has come a long way, but he still has a long way to go.”

The stroke had initially slurred the long-time preacher’s speech, but he has now regained the ability to communicate clearly, though in measured sentences.

The van, Coleman said, has been an absolute blessing.

The first outing in the van was to return to church. He’s also able to visit his elderly parents in Americus.

“His dad went in the nursing home shortly after Ray’s stroke and is now quite sick,” Mrs. Coleman said.

Jerry Worzella, pastor of First Baptist Church in Pearson, found the van and contacted Taylor, who became the associational missionary in January, to invite local churches to join together to pay for it. They jumped at the chance, giving enough money to purchase the van and to refurbish it.

“The ramp and doors are all remote controlled,” Worzella said. “His wife doesn’t have to lift anything. It’s all hydraulic. It’s in great shape.”

Worzella, who has worked closely with Coleman over the years, said he has been impressed by the way his friend has dealt with the physical effects of the stroke.

Worzella recalls asking Coleman, “Are you angry that God allowed the stroke?”

“Not one bit,” Coleman answered. “I’m accepting this as God’s will in my life, and I’m working with it.”

“A lot of people would have blamed God and been angry with God,” Worzella said. “But he doesn’t. He’s quite a man.”