Mac Brunson will be speaking in lieu of a call as senior pastor this Sunday at Valleydale Church in Birmingham, AL. VALLEYDALE CHURCH/Special
Posted Wednesday, May 16, 2018 5:28 pm
Joe Westbury

Mac Brunson will be speaking in view of a call as senior pastor this Sunday at Valleydale Church in Birmingham, AL. VALLEYDALE CHURCH/Special

BIRMINGHAM, AL — Valleydale Church has announced that Mac Brunson will be preaching in view of a call as senior pastor this Sunday, May 20. Brunson, former pastor of First Baptist Church of Jacksonville, FL, confirmed the speaking engagement via a May 13 tweet. 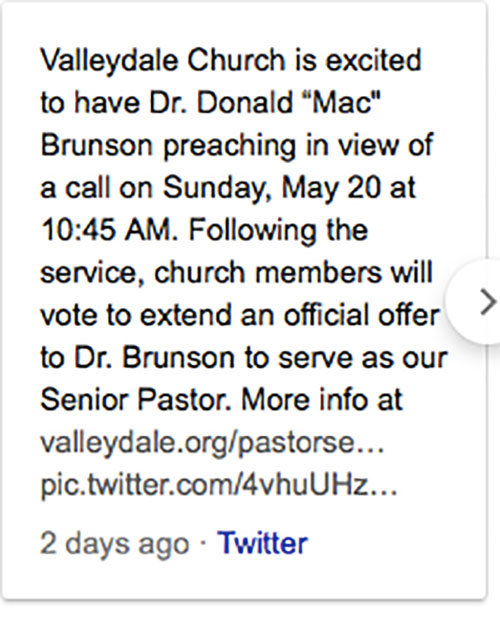 The church’s website lists a four-day schedule titled “In View of a Call” under the This Week tab. The event begins May 17 with an evening Deacon & Elder Family dessert Reception, followed by a May 18 Women’s Luncheon and a May 19 Church-wide fellowship in the lobby. The site states that the Sunday event will begin with one 10:45 a.m. service with the prospective pastor followed by a church business meeting and vote.

Brunson, 60, resigned without explanation on April 29 from the church which averages about 7,500 in Sunday worship attendance. He had served at the church for the past dozen years and came to the Florida pastorate in 2006 after 7 years as senior pastor of First Baptist Church of Dallas, TX,

But after his abrupt resignation and his announcement that there was no place of ministry awaiting him and his wife, rumors began to surface. One rumor – that he or his wife, Debbie, were seriously ill, were put to rest the following Sunday in his final sermon.

The Florida Times-Union reported that in his closing comments he stated, “I’m going to another work. They will announce it at the church there. They deserve the right to announce that to their congregation. So there’s that, and my health is fine.” 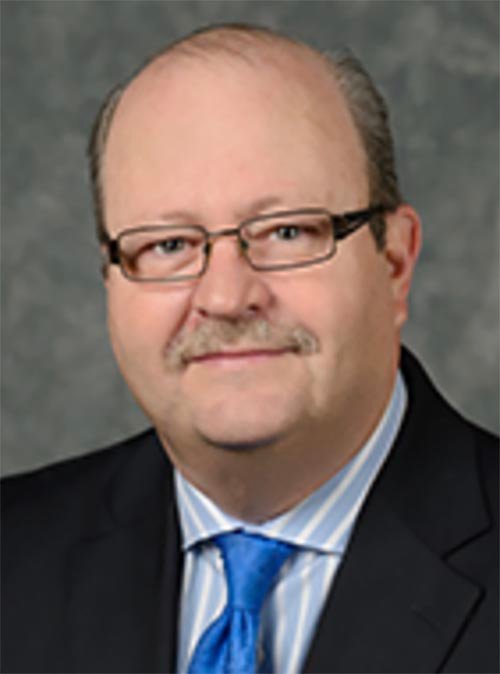 If chosen, Brunson will succeed Jason Edwin Dees who resigned the Valleydale pastorate in July 2016 to be a church planter with the North American Mission Board. He and his wife, Paige, had served at the church for 3 years.

Dees came to the Birmingham church from the pastorate of First Baptist Church in Covington, GA. From Valleydale he relocated to the Buckhead area of downtown Atlanta where he started Christ Covenant Buckhead through the assistance of Johnson Ferry Baptist Church in Marietta. The new church plant, which is meeting in Sutton Middle School near Northside Methodist Church, is averaging 150-175 in Sunday attendance.

Dees and his wife left a successful ministry at Valleydale, which averages about 1,400 in Sunday attendance, to start the Atlanta church.