Macon’s First Baptist Church of Christ –“a leap into oblivion” 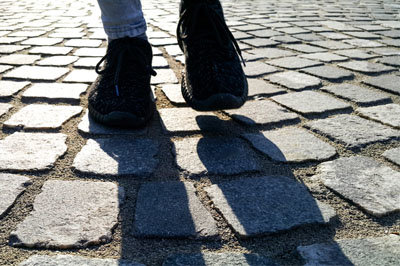 First Baptist Church of Christ in Macon, a church aligned with the Cooperative Baptist Fellowship, voted Sunday, Aug. 27 to allow same-sex marriage ceremonies in the church.

The resolution passed with 73 percent of the 230 members present, voting by secret ballot in favor of forsaking God’s biblical design for marriage and millennia of history, which has honored the union of one man and one woman in a monogamous relationship for life.

Oakhust and Virginia Highland churches in the Atlanta area were considered out of harmony and cooperation with the convention, because in the previous year’s annual session messengers approved a constitutional change stating, “a cooperating church does not include (one) which knowingly takes, or has taken, any action to affirm, approve or endorse homosexual behavior.”

The paths chosen by First Baptist Church of Christ in Macon and the Georgia Baptist (Convention) Mission Board obviously head in different directions, on this issue as well as other issues.

The Georgia Baptist Mission Board stands firmly on the truth of God’s Word in Genesis 1:27-28, Genesis 2:21-25, and I Corinthians 7:2. God never said, “Therefore let a man leave his father and his father or his mother and his mother.”

Selwyn Hughes said, ”Marriage is an exclusive union between one man and one woman publicly acknowledged, permanently sealed, and physically consummated.”

We believe God created marriage. No government subcommittee envisioned it. No social organization developed it. No legal court can change it without suffering dire consequences. Marriage was conceived and born in the mind of God.

However, some churches think they can overrule God with a majority vote of the congregation. It simply doesn’t work that way. He is Lord and we are his subjects. We are under a divine obligation to obey His commands and precepts concerning marriage and everything else specified in His Word.

The Macon Telegraph quoted Rev. Scott Dickison, pastor of the Macon church, as saying, “We are one of a growing number of CBF congregations who are grappling with this question of inclusion in one way or another.”

The Telegraph also indicated that for weeks prior to the vote there was a series of three meetings referred to as “Travelers on a Journey” designed to discuss aspects of the decision. The topics presented were “sexuality and inclusion,” testimonies of “LGBTQ members and their families,” and a review and discussion of the “formal motion from the Church Council and Deacons.”

When God speaks the issue at hand is not up for debate. To disagree with what God has said in His Word is to end up on the wrong side of truth; to substitute man’s opinion for God’s truth is heresy. Ands, to act in a way that opposes Divine truth is rebellion and sin against a Holy God.

However, Rev. Dickison, who earned his M.Div. from Harvard Divinity School, stated, “I’m grateful for the congregation traveling together to this point, and it is an important point, but it comes with some tenderness. We will continue to heal together as we move forward.”

Prior to the Sunday congregational vote, the church leaders voted 25-5 in favor of the resolution, but Bonnie Chappell, chairperson of the deacons, refused to say how she voted out of respect for those who disagreed with the resolution.

By making this historic decision, First Baptist Church of Christ identified itself with High Street Unitarian Universalist Church and St. Francis Episcopal Church, congregations that have already made the decision to perform same-sex marriages.

Fr. Allan J. McDonald, priest at Saint Anne Catholic Church in Richmond Hill who previously served at St. Joseph Catholic Church in Macon, stated, “From my rectory, I could reach out the window and almost touch First Baptist Church next door it is so close, but ideologically it is eons away.

McDonald referred to First Baptist Church of Christ’s decision as “a leap into oblivion.”

When the church allows the world to press it into its mold, it violates the challenge of Romans 12:2. As the Church we are not to conform to the world, but be transformed by the renewing of our minds.

While some churches succumb to the pressure to imitate the culture when it comes to gender, sexuality, evolution, etc., we must remain faithful to the Gospel and to God’s Word or lose our identity.

Our refusal to conform to the world and desire to be transformed by the power of the Gospel should give us an unconditional love for those inside and outside the family of God, including liberal churches, the LGBTQ community, those confused about their gender identity, evolutionists, secularists, and all who have an ideology very different from ours.