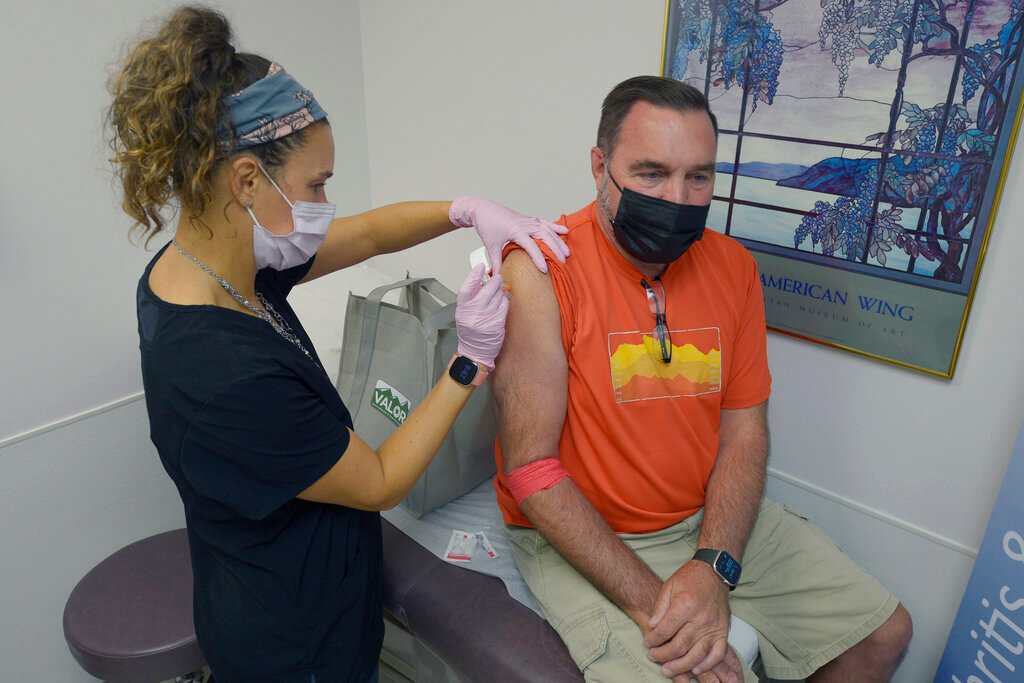 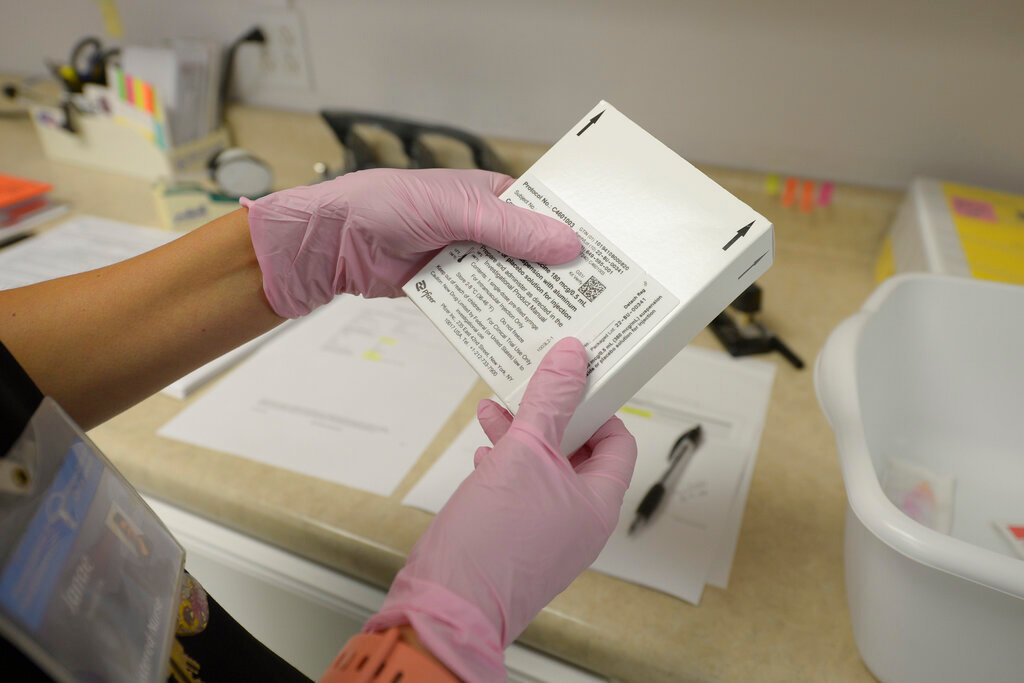 DUNCANSVILLE, Pa. (AP) — Researchers are seeking thousands of volunteers in the U.S. and Europe to test the first potential vaccine against Lyme disease in 20 years -- in hopes of better fighting the tick-borne threat.

While a vaccine for dogs has long been available, the only Lyme vaccine for humans was pulled off the U.S. market in 2002 from lack of demand, leaving people to rely on bug spray and tick checks.

Now Pfizer and French biotech Valneva are aiming to avoid previous pitfalls in developing a new vaccine to protect both adults and kids as young as 5 from the most common Lyme strains on two continents.

“There wasn’t such a recognition, I think, of the severity of Lyme disease" and how many people it affects the last time around, Pfizer vaccine chief Annaliesa Anderson told The Associated Press.

Robert Terwilliger, an avid hunter and hiker, was first in line Friday when the study opened in central Pennsylvania. He’s seen lots of friends get Lyme and is tired of wondering if his next tick bite will make him sick.

“It’s always a worry, you know? Especially when you’re sitting in a tree stand hunting and you feel something crawling on you,” said Terwilliger, 60, of Williamsburg, Pa. “You’ve got to be very, very cautious.”

Early antibiotic treatment is crucial, but it can be hard for people to tell if they were bitten by ticks, some as small as a pin. Untreated Lyme can cause severe arthritis and damage the heart and nervous system. Some people have lingering symptoms even after treatment.

Most vaccines against other diseases work after people are exposed to a germ. The Lyme vaccine offers a different strategy — working a step earlier to block a tick bite from transmitting the infection, said Dr. Gary Wormser, a Lyme expert at New York Medical College who isn’t involved with the new research.

How? It targets an “outer surface protein” of the Lyme bacterium called OspA that’s present in the tick’s gut. It’s estimated a tick must feed on someone for about 36 hours before the bacteria spreads to its victim. That delay gives time for antibodies the tick ingests from a vaccinated person’s blood to attack the germs right at the source.

In small, early-stage studies, Pfizer and Valneva reported no safety problems and a good immune response. The newest study will test if the vaccine, called VLA15, really protects and is safe. The companies aim to recruit at least 6,000 people in Lyme-prone areas including the Northeast U.S. plus Finland, Germany, the Netherlands, Poland and Sweden.

They’ll receive three shots, either the vaccine or a placebo, between now and next spring’s tick season. A year later, they’ll get a single booster dose.

“We’re really looking at something that’s a seasonal vaccine,” Anderson said, so people have high antibody levels during the months when ticks are most active.

Volunteers can be as young as 5 and should be at high risk because they spend a lot of time in tick-infested areas, such as hikers, campers and hunters, said Dr. Alan Kivitz who heads one of the study sites at Altoona Center for Clinical Research in Duncansville, Pennsylvania.

In his own practice, “not a single day goes by that someone either has a concern about Lyme disease, could possibly have Lyme disease,” Kivitz said.

This new candidate is different from a previous Lyme vaccine that GlaxoSmithKline pulled off the market in 2002 amid controversy and low sales. With about 75% effectiveness, that old Lyme shot got a lukewarm endorsement from vaccine experts, wasn't tested in children and drew unsubstantiated reports of joint-related side effects.

While the new Pfizer-Valneva vaccine also targets the OspA protein, it's engineered somewhat differently than its predecessor and also targets six Lyme strains in the U.S. and Europe instead of just one.

The Pfizer study will span two tick seasons to get answers — but it's not the only research into new ways to prevent Lyme. University of Massachusetts scientists are working on a vaccine alternative, shots of pre-made Lyme-fighting antibodies.

And Yale University researchers are in the early stages of designing a vaccine that recognizes a tick's saliva — which in animal testing sparked a skin reaction that made it harder for ticks to hang on and feed.

Since different tick species carry many diseases other than Lyme, ultimately “we're all hoping for a tick-bite prevention vaccine,” Wormser said.