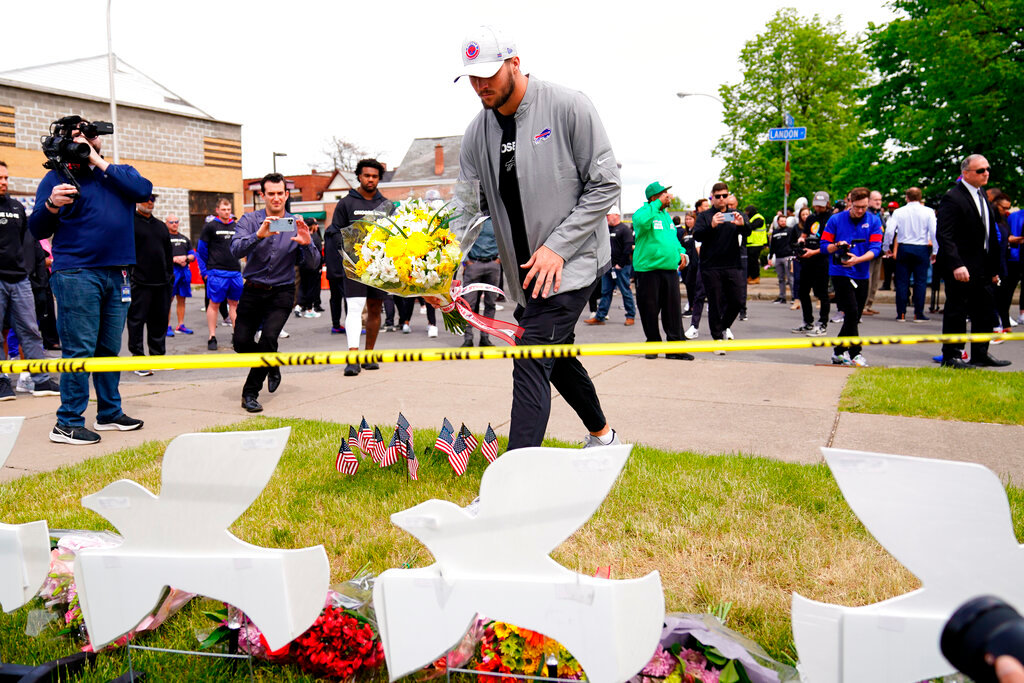 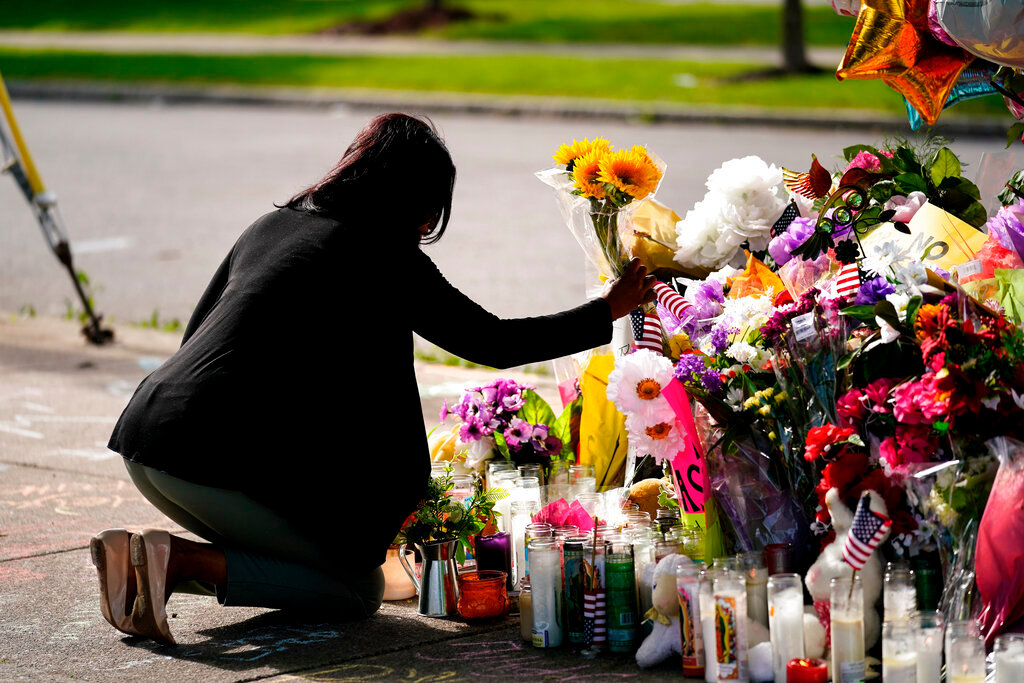 Shannon Waedell-Collins pays her respects at the scene of Saturday’s shooting at a supermarket, in Buffalo, N.Y., Wednesday, May 18, 2022. (AP Photo/Matt Rourke) 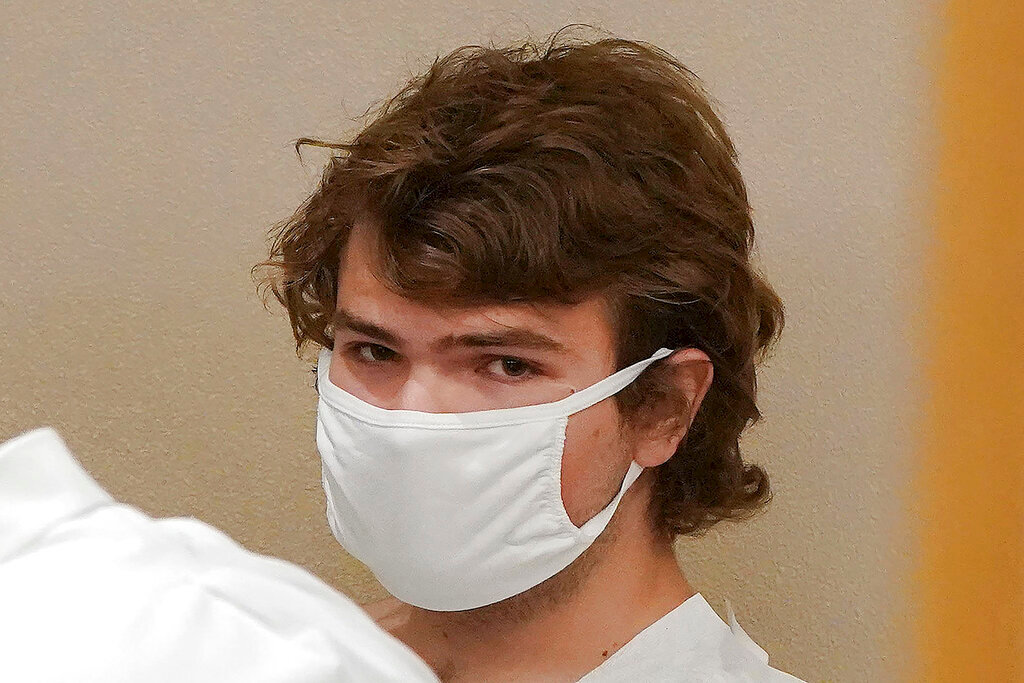 Payton Gendron appears during his arraignment in Buffalo City Court, Saturday, May 14, 2022, in Buffalo, N.Y. (Mark Mulville/The Buffalo News via AP)
Previous Next
Posted Thursday, May 19, 2022 9:50 am
By The Associated Press

BUFFALO, N.Y. (AP) — The white man accused of killing 10 Black people at a Buffalo supermarket appeared briefly in court Thursday after a grand jury indicted him on a first-degree murder charge.

Gendron, wearing orange clothing and mask, was silent throughout the proceeding and sent back to jail. Someone shouted “Payton you’re a coward!” as he was led out.

Ten people were killed and three others wounded in the Saturday shooting at the Tops Friendly Market in a predominantly Black neighborhood of Buffalo. Authorities are continuing to investigate the possibility of hate crime and terrorism charges.