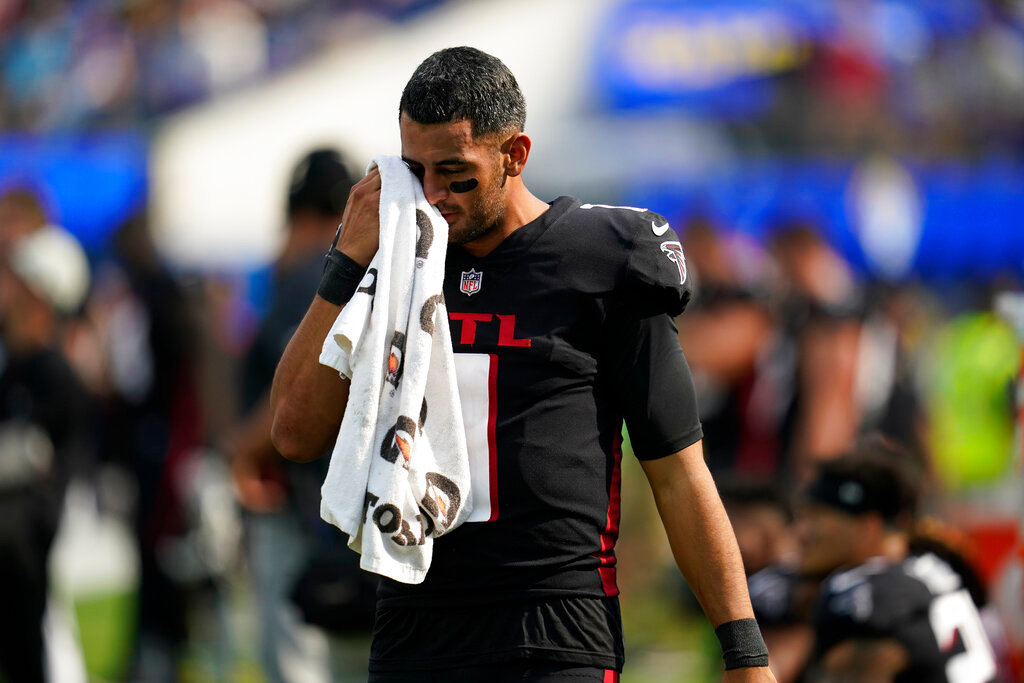 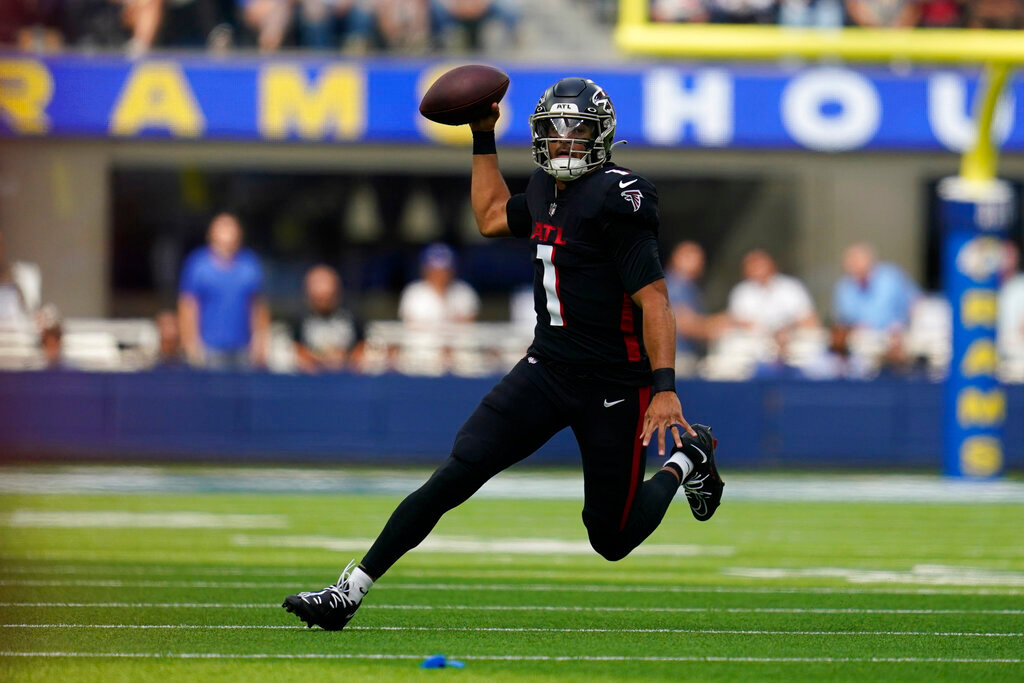 ATLANTA (AP) — Marcus Mariota and the Atlanta Falcons have not found a way to win in two games filled with near-equal portions of encouragement and frustration.

The Falcons showed resiliency in trying to rally from a 28-3 deficit on Sunday against the defending Super Bowl champion Los Angeles Rams. Mariota played a role in the comeback attempt, but with Atlanta driving for a potential go-ahead touchdown, his pass for Bryan Edwards in the end zone was picked off by Jalen Ramsey.

Following the 31-27 loss, the Falcons have been outscored by a combined five points in their 0-2 start.

Coach Arthur Smith says the Falcons, “need to break through,” but added, “they fight, they’re resilient.”

One week after Atlanta blew a 16-point, fourth-quarter lead in a 27-26 loss to New Orleans, Smith's team couldn't quite pull off the comeback against the Rams. The close losses show last year's team may have overachieved in finishing 7-10 despite being outscored 459-313.

There are no trophies for reducing net deficits. “We’re certainly not celebrating moral victories,” Smith said.

Added Mariota: "At the end of the day, if we can just stack these days and put four quarters together, I think we will be a good team.”

Mariota's red zone fumble was a crucial mistake in the loss to the Saints, and his late interception against the Rams was similarly devastating after throwing second-half touchdown passes to Drake London and Olamide Zaccheaus. The veteran quarterback couldn't be blamed for another interception that bounced off the hands of intended target Cordarrelle Patterson.

Mariota has delivered about as expected of a former high draft pick trying to revive his career. He has shown good touch at times as a passer. He also has demonstrated an ability to create yards as a runner that the team lacked during Matt Ryan's 14 seasons as a starter.

Until he can avoid crucial mistakes and push the Falcons to their elusive breakthrough, Mariota won't be viewed as more than a short-term starter.

Even so, there's no sign the Falcons are close to replacing Mariota with rookie Desmond Ridder, who was impressive at times in the preseason.

“There’s things we’ll look at and clean up, but he’s operating pretty well for us right now,” said Smith of Mariota.