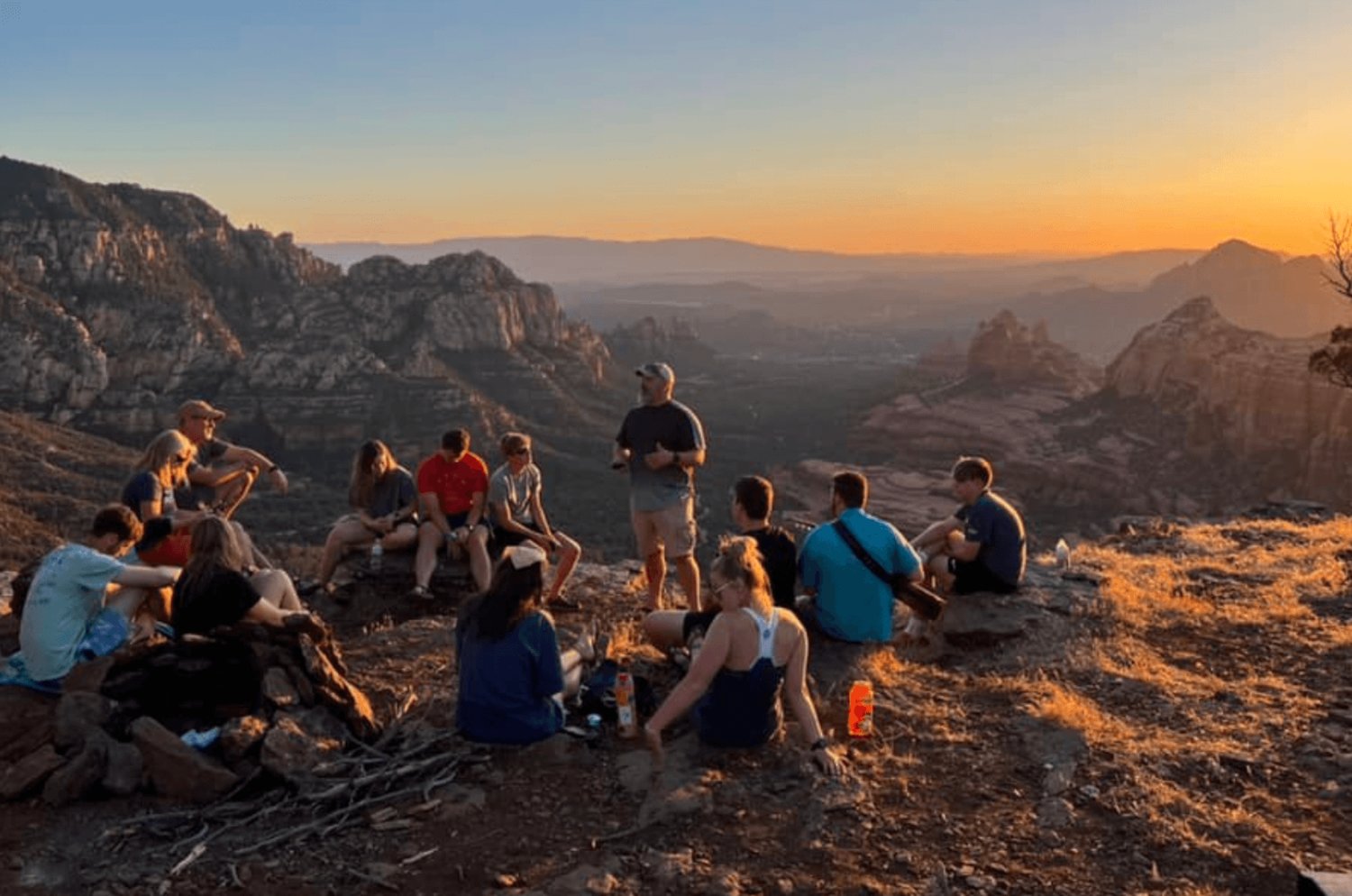 SEDONA, Ariz. (BP) – Bowed heads before their meal on an anniversary trip led a Tennessee couple to an opportunity to share their faith. That encounter, in turn, was followed by a social media call-out for help and success in connecting the new believer to a local church.

On Aug. 2 afternoon Jimmy Inman, elder and teaching pastor at True Life Church in Jefferson City, Tenn., received a text from Sarah Tarr, a member of True Life. A server had observed Tarr and her husband, Blake, pray before their meal the night before and the next morning approached them as they began breakfast.

The server told the couple she hadn’t been able to find answers to her questions. Could they tell her a little bit about their faith?

Of course, they would talk with her, the couple responded. The server had a 45-minute break later that morning, which meant the Tarrs’ hike into the surrounding canyons would be pushed into the hotter afternoon hours.

The conversation covered the free gift of grace offered through Christ for sins – even the ones their new friend felt were unforgivable. Blake used a small New Testament he takes for travel.

“I showed her Romans 3:23, Romans 6:23, and Ephesians 2:8-9 and made the point that this is a free gift. We’re saved by grace through faith so that no one can boast. This is something Jesus did for us,” said Blake, who gave her the Bible with those marked passages.

Just minutes before returning to work, she prayed to hand her sins over to Jesus. The Tarrs weren’t finished, though.

“I told her it was really important to have other people around you, who could walk with you,” said Sarah. “You need a support crew.”

Akin, who chronicled the exchange in a Twitter thread, said he consulted friends in two text groups and they pointed to the same body of believers – Aletheia Church in Sedona.

“Jesus said the truth will set you free,” said Jennings. “The word ‘Aletheia’ gets the attention of the spiritualists, but the meaning is what they need to hear.”

A North American Mission Board church plant in 2015, Aletheia is also part of the Pillar Network. In late 2019, leaders of First Baptist Sedona approached Jennings and Aletheia about selling their building to the young congregation. That transition was completed in early 2020.

While the shutdown from COVID negatively impacted many congregations, it came at a time when Aletheia was upgrading the building that once housed First Baptist. Substantial growth has seen progress from a small group before the transfer to the more than 100 in attendance today.

Jennings was on his way out of the church office on Aug. 2 when the phone rang. It was Sarah Tarr, asking to speak to the pastor.

She explained the situation and was soon assured that members of Aletheia would reach out to the new believer. A small group meets near where she lives, and there are several young women who are available as discipleship leaders.

“We don’t want to just place someone in a class,” said Jennings. “We want to connect them with a mature believer who can walk with them.”

Formal partnerships such as the Pillar Network are beneficial, but so are informal ones like what Aletheia and True Life now have, he said. Jennings and Inman didn’t know each other and had never spoken, but across 1,800 miles their churches are together in seeing a new convert grow stronger in the truth.

Alethia is a welcoming congregation that is “serious about the gospel” in a place where false versions of it abound, Jennings noted. That means being a point of truth in the community through means that don’t always deliver instant results.

Jennings also credited the Tarrs with taking the extra step after praying with the new believer.

“They took the time to get her connected to the local church. Things would have been incomplete had they not done that. It would have been hard for her to find a church serious about discipleship.”