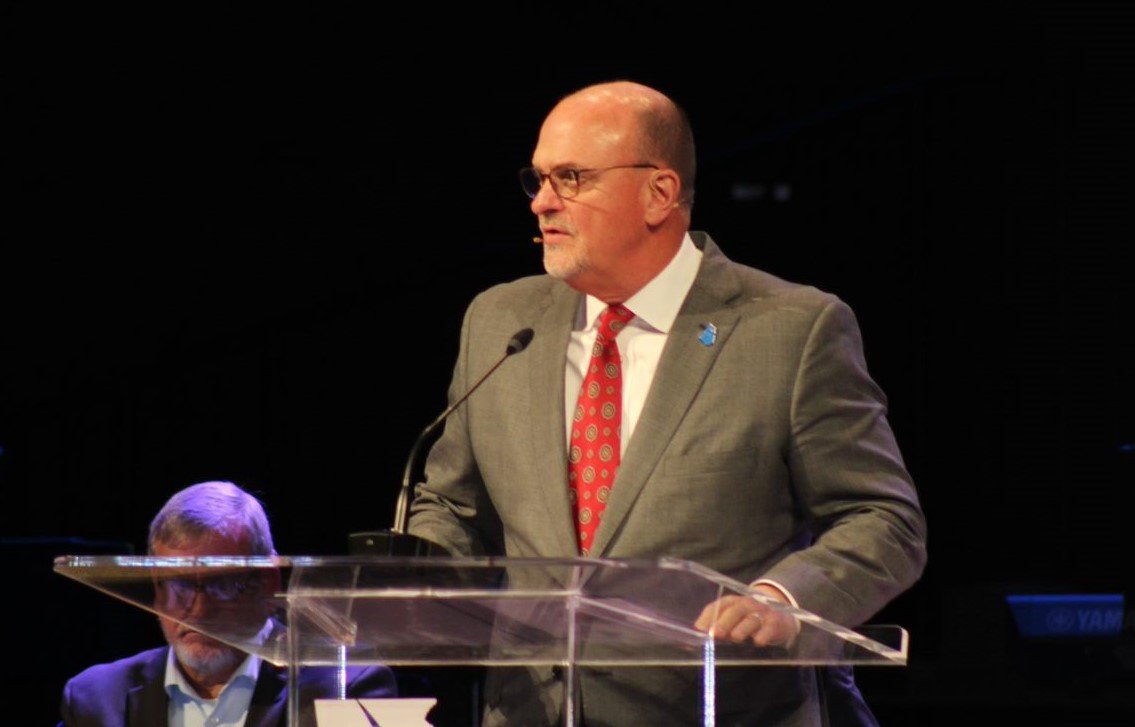 DULUTH – Millions of dollars from the pending sale of the Georgia Baptist Mission and Ministry Center will be set aside in an endowment for strengthening churches, encouraging pastors and pushing back lostness in Georgia and around the world.

Messengers to the Georgia Baptist Convention, acting on a recommendation from an ad hoc study committee, voted at the annual meeting in 2019 to invest 75 percent of the proceeds from the sale for those specific purposes. The proposal was initially made by the Building Proceeds Study Committee and approved by the Executive Committee some three years ago.

“This will be an investment over the years of millions and millions of dollars for kingdom work,” Mission Board Executive Director Thomas Hammond said. “The proceeds from the money endowed will be used in a variety of ways to serve our pastors and churches until Jesus comes back. This building has served us very well over the years, and we’re grateful for the asset it has become, because, through this, we believe many people will be reached with the Gospel.”

The five-story building is set be sold within the next year under a contract signed in late April.

The Executive Committee hired one of the nation’s largest real estate brokers, JLL, to market the property late last year. The contract calls for the closing date to be on or before April 14, 2022.

The Georgia Baptist Convention also set aside 25 percent of the sale proceeds to be used to cover the cost of relocating the staff offices to a smaller, less expensive building.

Hammond has been leading an effort to right-size the Mission Board’s office space. He has already begun a search for a building within a 10-mile radius of the current property on Sugarloaf Parkway that will meet the needs of the Mission Board staff.

Hammond said it makes good sense, spiritually and financially, to use this money in a way that will have a huge kingdom impact.

“It excites me that right-sizing the facility will leave us with an asset that resources our churches and encourages our pastors as they continue their work to reach Georgia,” he said.

The Executive Committee’s directive calls for the “Ministry Endowment Fund” to be established through the Georgia Baptist Foundation.

“Income distributed from the fund will be used for ministries in areas such as strengthening churches, encouraging pastors, and pushing back lostness in Georgia,” the Building Proceeds Study Committee recommendation stated. “Use of the corpus will be restricted, and funds can be used only upon a motion made in the Executive Committee approved by 80% of the members who are present and voting on the motion.”

Hammond said the bottom line is that souls will be saved as a result of the forward-thinking of previous leadership of the Georgia Baptist Convention who followed the Lord’s leading to establish a perpetual source of ministry funding.

“I would love to see these funds used for such things as helping pastors finish their education, to take mission trips, to invest in our pastors and churches in a host of ways that are important to them and their ministries,” he said.