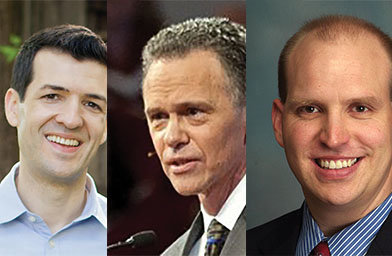 Cross Point Baptist Church in Perry welcomed Davin Benavides as pastor on May 17. He began his tenure there on June 21.

A native of Acworth and graduate of Liberty University and Southeastern Seminary, Benavides had previously served as high school minister at First Baptist Snellville June 2004-November 2005 and as contemporary ministries pastor and minister to young adults at Roswell Street Baptist in Marietta from June 2010 through May of this year.

Over 30 years of ministry, Easley served at Roswell Street since 2002, previously having been at several churches in Texas. On the state and national denominational levels he had been in positions including vice chairman for the Executive Committee of the Southern Baptist Convention, a vice president of the Georgia Baptist Convention for 2011, member of the GBC Executive Committee, and trustee of the International Mission Board.

A graduate of Dallas Baptist University, Southwestern Seminary, and Luther Rice Seminary, Easley will begin his new position for the fall 2015 semester.