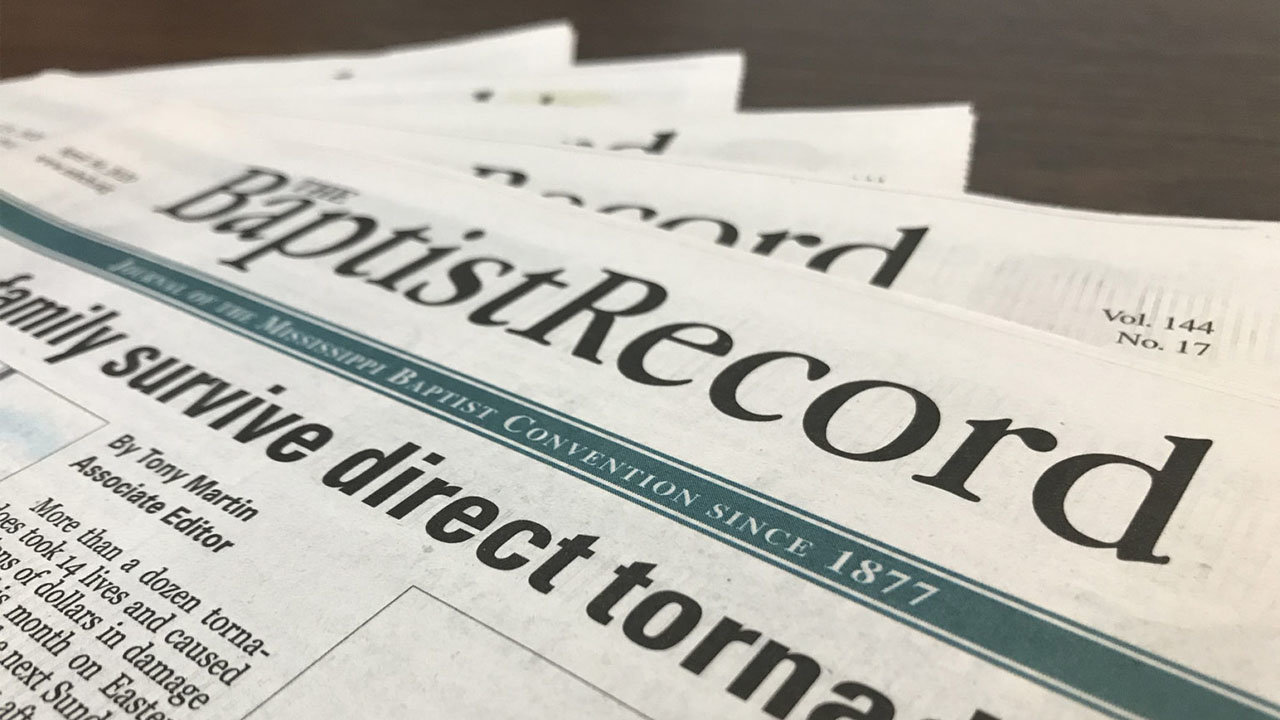 JACKSON, Miss. — The Baptist Record, state newspaper of the Mississippi Baptist Convention Board, has announced it will cease its print edition after 143 years.

"There came a time when the last buggy repair shop in Mississippi had to close, because the need for horse-drawn carriages had passed," editor William H. Perkins, Jr., told Baptist Press. "As automobiles were to horse-drawn carriages in another era, the internet has brought tremendous change to the news industry, both religious and secular."

The Baptist Record is the latest Baptist newspaper to move to an all-digital format. The Minnesota-Wisconsin state paper and Arkansas Baptist News did so earlier this year. In April the California Southern Baptist, official paper of the California Southern Baptist Convention, discontinued altogether in print and digital formats. The Christian Index, founded in 1822 and Southern Baptists’ oldest news journal, made its own announcement in September 2015 that it would discontinue the print edition at the end of that year.

According to the Association of State Baptist Publications, the Baptist Record becomes the tenth state paper to move to online-only. It joins:

Perkins cited a declining print subscriber base as well as shaky future in predicting newsprint and postage costs for the decision. The impact of COVID-19 has also had a dramatic effect on advertising.

"We have no plans to reduce the content of the Record in any way," he said. "As a matter of fact, we want to expand the content to include items we have not been able to print because of the physical limitations of a small-format, weekly newspaper.

"Now that we're not constrained to 12 printed pages each week, we want to open up the Record for even more reports and features for and about Mississippi Baptists' commitment to our Lord's Great Commission.”

In its June 25 print edition, a notice was placed below Perkins’ page 2 editorial that The Record’s print services would be interrupted for July “due to complications brought on by the continuing COVID-19 coronavirus pandemic.”