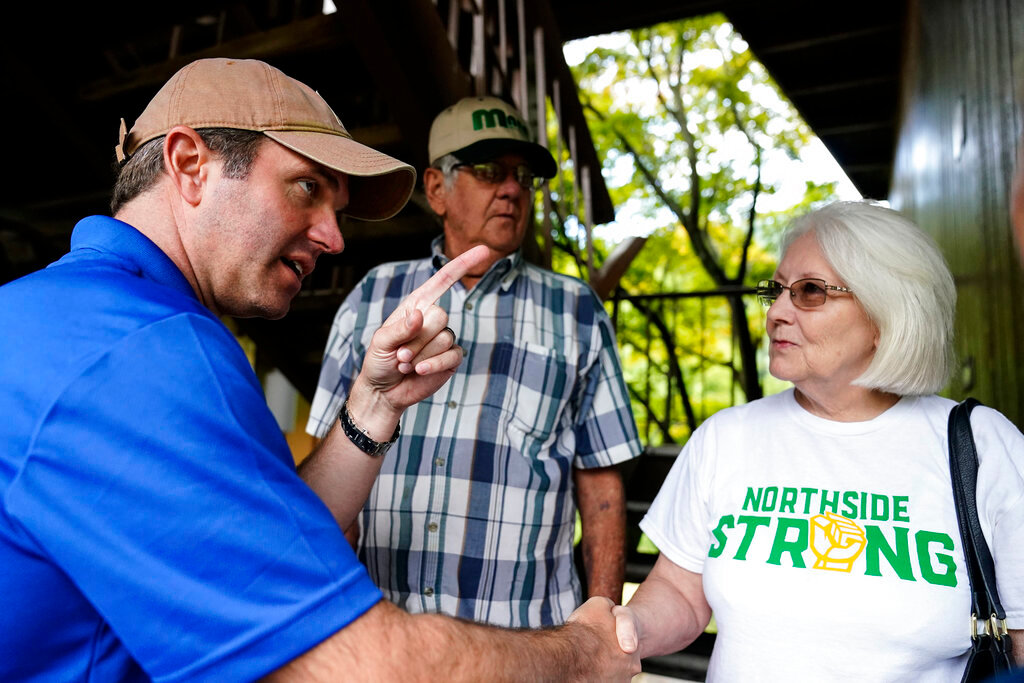 FRANKFORT, Ky. (AP) — The National Weather Service extended a flood watch through Sunday evening for areas of eastern Kentucky ravaged by high water more than a week ago and said there's a threat of thunderstorms in the region for much of the coming week.

There's a “persistent threat of thunderstorms” through Thursday that could produce heavy rain and cause flash flooding “especially if multiple storms pass over the same area,” the weather service in Jackson said.

The biggest concern is the possibility of slow-moving storms on Tuesday and Wednesday, which could dump heavy rain on already saturated soil, National Weather Service meteorologist Philomon Geertson said.

“It is a wet and juicy pattern that could cause at least some more isolated to scattered instances of flash flooding and further complicate the recovery efforts that are ongoing at this time,” he said.

Some relief is expected toward the end of the week, Geertson said.

“It does look like high pressure will finally build in and we'll get a reprieve from this really wet and muggy air mass that we've been dealing with for a couple of weeks now,” he said.

Meanwhile, the federal government on Saturday promised more aid for flood-ravaged eastern Kentucky. President Joe Biden authorized an increase in the level of federal funding for emergency work and FEMA added five counties to those eligible for individual assistance for a total of 12.

“This is good news and will be a big help,” Kentucky Gov. Andy Beshear said in a tweet Sunday after visiting the day before with some displaced residents who are staying at state parks since the catastrophic flooding.

“These Kentuckians have been through the unimaginable. My priority is being there for them,” he said.

At least 37 people lost their lives in the flooding after 8 to 10 1/2 inches of rain fell in just 48 hours in the Appalachian mountain region. The flooding also hit areas just across the state line in Virginia and West Virginia.

The National Weather Service said radar-based rainfall estimates suggest that 14 to 16 inches of rain fell from July 26-29, totals that are “historically unheard of.”

More than 1,300 people were rescued in the days after the storm as teams searched in boats and combed debris-clogged creekbanks. Work crews were still trying to restore power and water connections as residents look to repair their homes and lives after the floods.

Power outages were down to 300 on Sunday, Beshear tweeted. The number of fatalities stood at 37, but Kentucky State Police reported at least two people were still missing.

“The devastation is enormous. We will be there for our Eastern Kentucky neighbors in the weeks, months, and years ahead,” Beshear said.