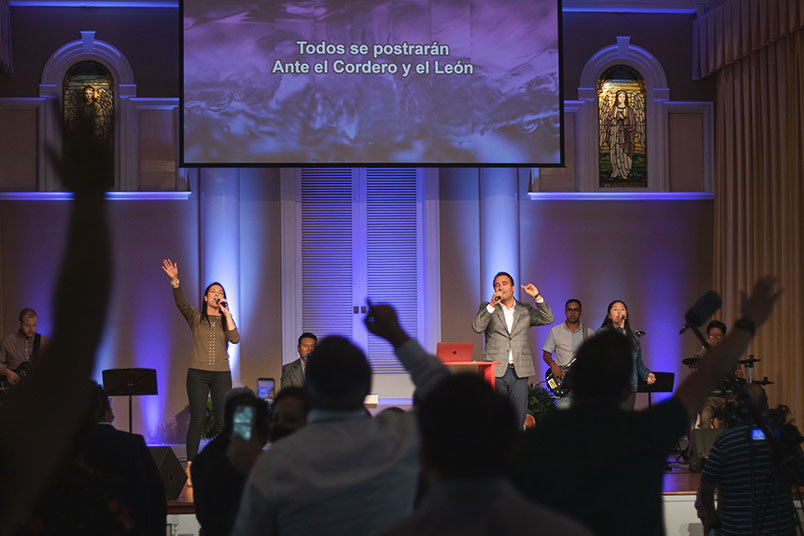 Are you singing the Jetson’s theme song in your head now? I am. My Boomer parents actually watched the Jetsons in prime time, on a black and white tv tucked inside a huge cabinet. Little did they know they were peering into the future.

Much of the tech the producers at Hanna-Barbara revealed on the show is a big part of our lives today. Smart watches, video phones, flat screens, robot vacuums and flying cars. Well, no flying cars yet, but that cartoon was set in the 2060s. We still have a few years for that.

In many ways, 2020 put us in a Jetson-like church world. Face to face meetings were restricted or prohibited so digital became the norm. Most of the churches in Georgia went digital last year. Two-thirds of the pastors with no online presence reported they began streaming services online, collecting offering electronically, and making Zoom contacts.

Now, that it seems that the worst of the pandemic is behind us, what of the digital ramp up will (or should) we retain for future ministry possibilities?

Broadcasting the online version of the main service should be maintained and the benefits clarified. There were some people who had very limited access to the Internet that caused them to miss out on the possibility of viewing an online service, but most churchgoers – 82 percent – had access and watched a service online, according to the Barna Group, which monitors trends in religion.

When the pandemic forced most churches to stop indoor gatherings, church members heard a message from leadership that online service viewing was “almost as good as being there.”

Describing an online service in such a way set a dangerous precedent. Now, some have determined to choose online “attendance” over in-person attendance – since it is almost as good as being in person. The unintended message that sent to some people is that Sunday mornings can be spent at the ballpark, lake, golf course, or at home without regret.

My church went online for much of the year past year, and I was a big advocate for that during the height of the pandemic. I enjoyed the freedom of watching a version of our regular service online, but I felt I was missing something.

It was not until I returned to my first in-person service that I realized how much I missed congregational singing. I found myself emotional, singing loud under my mask. I had not done that while watching online. My wife and I stood in the lobby of the church talking and fist bumping people we had not seen or touched in months. We felt “home.”

I think, for me, I watched my church online, but in person I participated and that was the difference.

I am not alone. The Barna Group said 81 percent of church attenders considered it important to experience church physically alongside others.

Last Sunday, God interrupted our service as a couple of young ladies were moved to pray to receive Christ early in the service. They were met almost immediately at the altar by a pastor and a volunteer. They wept and were given the chance to share what God had done in their lives. When the music restarted, several more people were moved to decisions. It was the kind of special moment you really had to be there in person to fully experience and appreciate. The online observer missed what others felt in person.

That’s why I say there’s no substitute for being in church for worship, but let’s not turn off Facebook Live just yet. Some people, because of health issues and other factors, just can’t get to church. For them, livestreaming or video recordings are crucial.

All the options have their place. But they are not all equal.