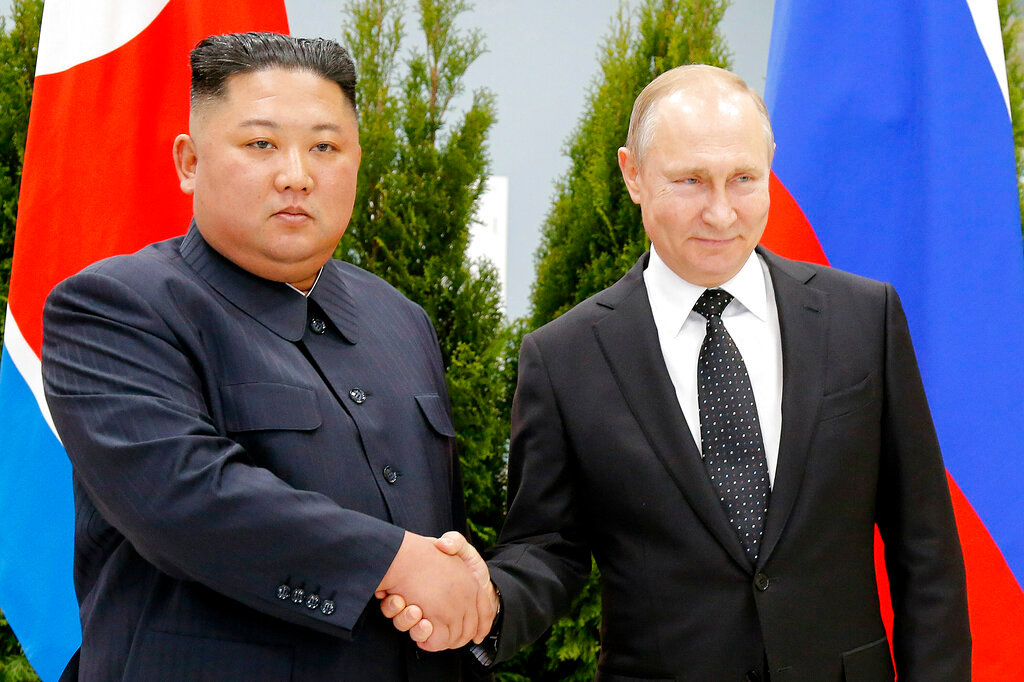 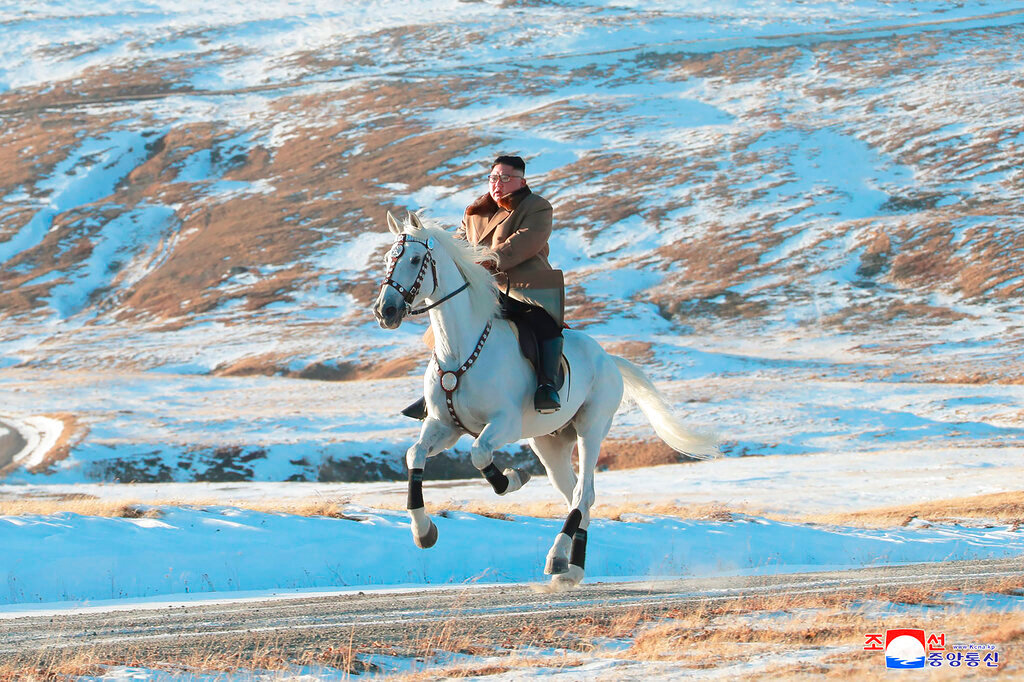 SEOUL, South Korea (AP) — North Korea has denied American claims that it's shipping artillery shells and ammunition to Russia for use in its war against Ukraine, and on Tuesday accused the United States of lying.

The denial follows dozens of weapons tests by North Korea, including short-range missiles that are likely nuclear-capable and an intercontinental ballistic missile that could target the U.S. mainland. Pyongyang said it was testing the missiles and artillery so it could “mercilessly” strike key South Korean and U.S. targets if it chose to.

North Korea has been cozying up to traditional ally Russia in recent years and even hinted at sending workers to help rebuild Russian-occupied territories in Ukraine. The United States has accused North Korea, one of the most weaponized countries in the world, of supplying Soviet-era ammunition such as artillery shells, to replenish Russian stockpiles that have been depleted in Ukraine.

Last week, Russia sent North Korean leader Kim Jong Un a trainload of 30 thoroughbred horses, opening the border with its neighbor for the first time in 2 1/2 years. Kim is an avid horseman and state media have often pictured him galloping on snowy mountain trails astride a white charger. The horses, Orlov trotters, are prized in Russia.

Spokespeople for Russia’s Far Eastern Railway told the state-run news agency Nov. 2 that the first train headed to North Korea with the 30 horses and said the next train was to carry medicine.

Last week, U.S. National Security Council spokesperson John Kirby accused North Korea of covertly supplying a “significant number” of ammunition shipments to Russia. He said the United States believes North Korea was trying to obscure the transfer route by making it appear the weapons were being sent to countries in the Middle East or North Africa.

“We regard such moves of the U.S. as part of its hostile attempt to tarnish the image of (North Korea) in the international arena," an unidentified vice director at the North Korean ministry’s military foreign affairs office said in a statement carried by state media.

“We once again make clear that we have never had ‘arms dealings’ with Russia and that we have no plan to do so in the future,” the vice director said.

In September, U.S. officials confirmed a newly declassified U.S. intelligence finding that Russia was in the process of purchasing millions of rockets and artillery shells from North Korea. North Korea later dismissed that report, calling on Washington to stop making “reckless remarks” and to “keep its mouth shut.”

On Nov. 2, Kirby said the U.S. has “an idea” of which country or countries the North may funnel the weapons through but wouldn’t specify. He said the North Korean shipments are “not going to change the course of the war,” citing Western efforts to resupply the Ukrainian military.

Slapped by international sanctions and export controls, Russia in August bought Iranian-made drones that U.S. officials said had technical problems. For Russia, experts say North Korea is likely another good option for its ammunitions supply, because the North keeps a significant stockpile of shells, many of them copies of Soviet-era ones.

Even as most of Europe and the West has pulled away, North Korea has pushed to boost relations with Russia, blaming the U.S. for the crisis and decrying the West’s “hegemonic policy” as justifying military action by Russia in Ukraine to protect itself. In July, North Korea became the only nation aside from Russia and Syria to recognize the Donetsk and Luhansk territories as independent.

North Korea’s possible arms supply to Russia would be a violation of U.N. resolutions that ban the North from trading weapons with other countries. But it’s unlikely for North Korea to receive fresh sanctions for that because of a division at the U.N. Security Council over America’s confrontations with Russia regarding its war in Ukraine and its separate strategic competitions with China.

Earlier this year, Russia and China already vetoed a U.S.-led attempt to toughen sanctions on North Korea over its series of ballistic missile tests that are banned by multiple U.N. Security Council resolutions.