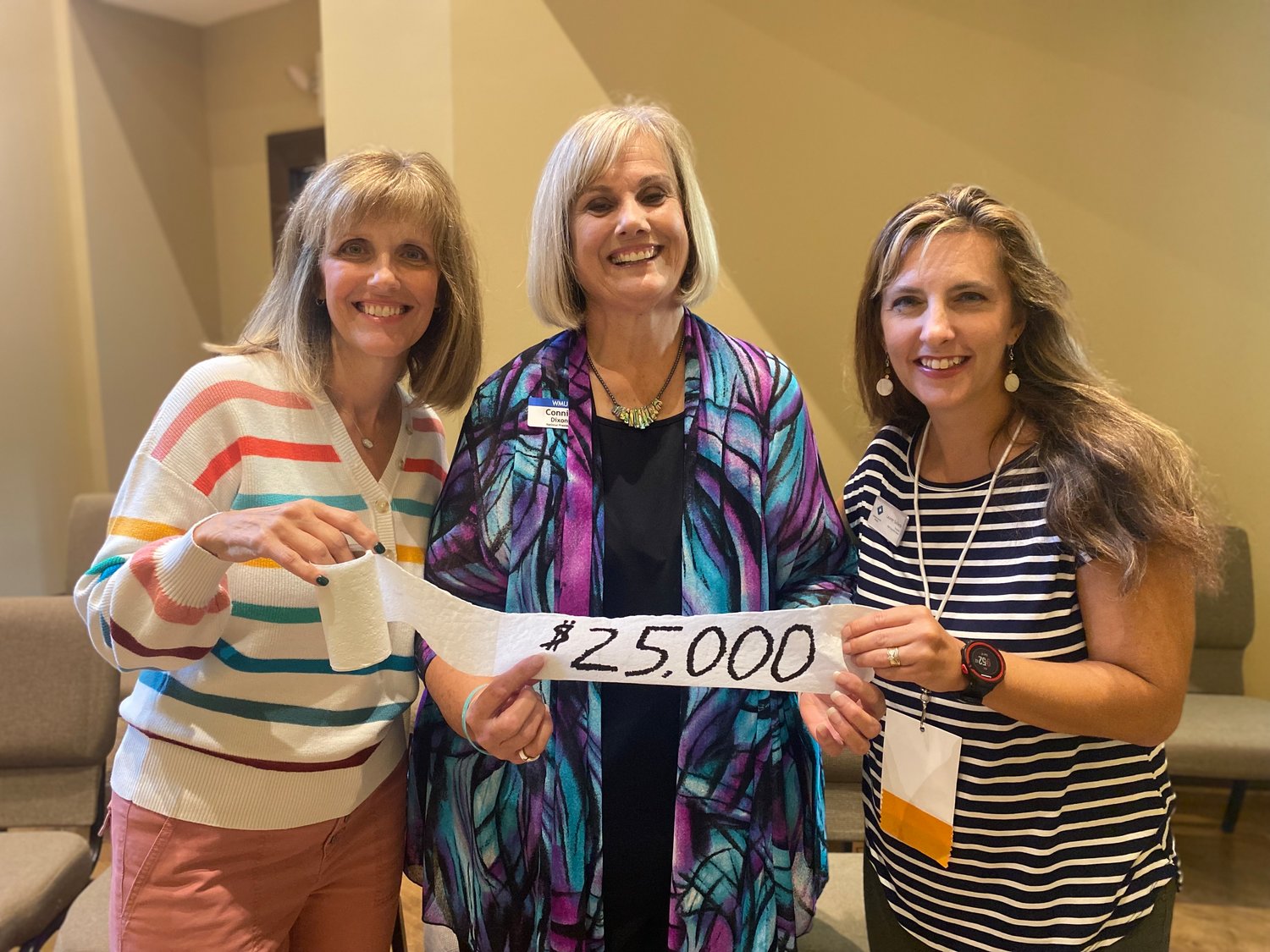 CLAYTON, Ga. – A roll of toilet paper presented to leaders of Camp Pinnacle on Saturday was no gag gift.

National WMU President Connie Dixon used the toilet paper as a fun way to surprise the Georgians with a grant to pay for a new septic system for the administrator’s residence at Camp Pinnacle.

Sullens said the septic system is in critical need a total makeover, and the national WMU is stepping in to cover the cost up to $25,000. The grant was announced at Camp Pinnacle’s 75th anniversary celebration on Saturday.

Sullens had previously told national WMU Executive Director Sandy Wisdom-Martin about the need in hopes of obtaining a grant to help with the cost.

“I knew that septic system was a big expense, but I also knew it was one of those things that people were just not likely to give to,” Sullens said. “It’s not a glamorous thing.”

Dixon called Sullens and Williams up on stage to receive the toilet paper. As the roll was unwound, and the dollar figure came into view, Dixon explained that Sullens’ request for the grant had been approved.