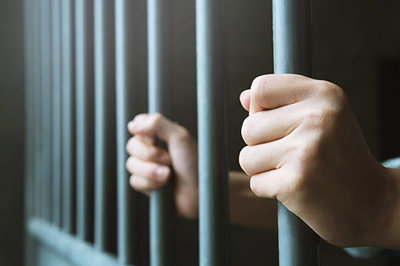 The victim, now 19 years old, reported the alleged crimes to police last month. The victim was 13 at the time of the abuse that allegedly occurred between June 2013 and June 2014.

According to WRAL, authorities did not disclose whether any of the alleged acts occurred at Oliver's Grove or through its programs or ministries.

ABC11 reported Morris is "off of the job" and remains in the Johnston County jail under a $2.5 million bond.

Earlier this year, the Baptist State Convention of North Carolina (BSCNC) committed to act in accordance with a "Statement of Principles on Abuse" as part of an effort across the Southern Baptist Convention to prevent sex abuse and care for victims. Churches can contact BSCNC consultants for assistance with safety and prevention procedures.

This year, the Ethics & Religious Liberty Commission and SBC President J.D. Greear's Sexual Abuse Advisory study group launched the "Caring Well Challenge." The initiative, according to the ERLC's website, is a "unified call to action on the abuse crisis in the Southern Baptist Convention." The goal is to "equip churches to be safe for survivors and safe from abuse." Greear, who leads The Summit Church in the Raleigh-Durham, N.C., area, formed the advisory study in July 2018 to assess how Southern Baptists are handling sexual abuse cases.

North Carolina's mandatory reporting laws require any adult to alert authorities if they suspect the abuse or neglect of a person under 18 years old.

For more information on related action taken by Southern Baptists during their annual meeting in Birmingham, click here.

Reported by staff at the Biblical Recorder, newsjournal of the Baptist State Convention of North Carolina. Baptist Press contributed to this report.