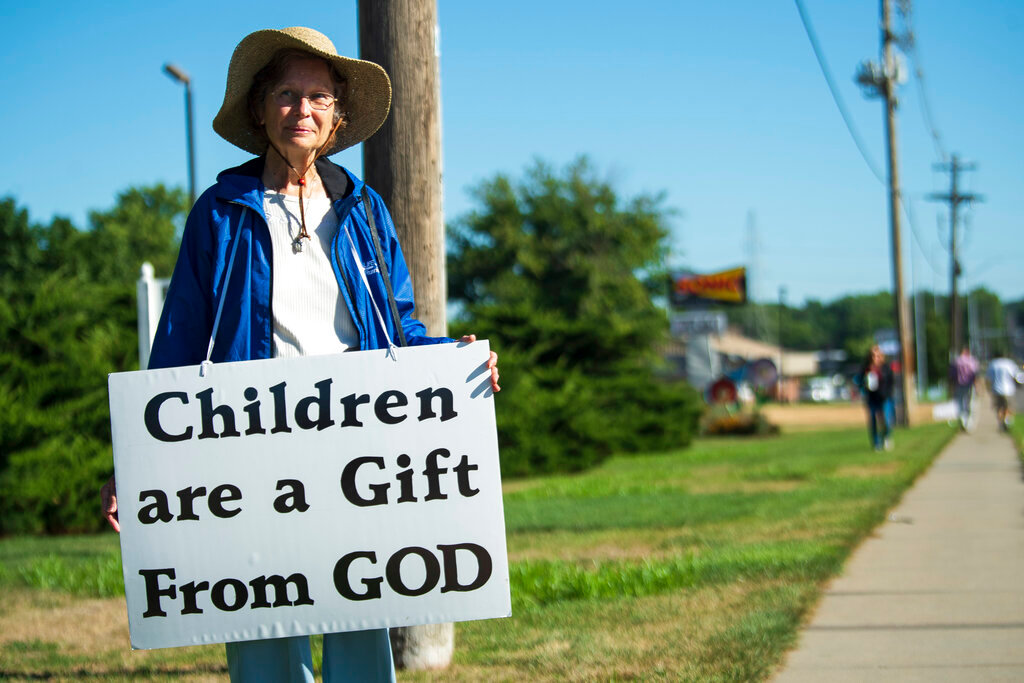 OMAHA, Nebraska (AP) — A Nebraska woman has been charged with helping her teenage daughter end her pregnancy at about 24 weeks after investigators obtained Facebook messages in which the two discussed using medication to induce an abortion and plans to burn the fetus afterward.

The prosecutor handling the case said it's the first time he has charged anyone for illegally performing an abortion after 20 weeks, a restriction that was passed in 2010. Before the U.S. Supreme Court overturned Roe v. Wade in June, states weren’t allowed to enforce abortion bans until the point at which a fetus is considered viable outside the womb, at roughly 24 weeks.

In one of the Facebook messages, Jessica Burgess, 41, tells her then 17-year-old daughter that she has obtained abortion pills for her and gives her instructions on how to take them to end the pregnancy.

The daughter, meanwhile, “talks about how she can’t wait to get the ‘thing’ out of her body," a detective wrote in court documents. “I will finally be able to wear jeans,” she says in one of the messages. Law enforcement authorities obtained the messages with a search warrant and detailed some of them in court documents.

In early June, the mother and daughter were only charged with a single felony for removing, concealing or abandoning a body, and two misdemeanors: concealing the death of another person and false reporting. It wasn't until about a month later, after investigators reviewed the private Facebook messages, that they added the felony abortion-related charges against the mother. The daughter, who is now 18, is being charged as an adult at prosecutors' request.

Burgess' attorney didn’t immediately respond to a message Tuesday, and the public defender representing the daughter declined to comment.

When first interviewed, the two told investigators that the teen had unexpectedly given birth to a stillborn baby in the shower in the early morning hours of April 22. They said they put the fetus in a bag, placed it in a box in the back of their van, and later drove several miles north of town, where they buried the body with the help of a 22-year-old man.

The man, whom The Associated Press is not identifying because he has only been charged with a misdemeanor, has pleaded no contest to helping bury the fetus on rural land his parents own north of Norfolk in northeast Nebraska. He's set to be sentenced later this month.

In court documents, the detective said the fetus showed signs of “thermal wounds” and that the man told investigators the mother and daughter did burn it. He also wrote that the daughter confirmed in the Facebook exchange with her mother that the two would “burn the evidence afterward." Based on medical records, the fetus was more than 23 weeks old, the detective wrote.

Burgess later admitted to investigators to buying the abortion pills “for the purpose of instigating a miscarriage.”

At first, both mother and daughter said they didn’t remember the date when the stillbirth happened, but according to the detective, the daughter later confirmed the date by consulting her Facebook messages. After that he sought the warrant, he said.

Madison County Attorney Joseph Smith told the Lincoln Journal Star that he’s never filed charges like this related to performing an abortion illegally in his 32 years as the county prosecutor. He didn't immediately respond to a message from the AP on Tuesday.

In addition to its current 20-week abortion ban, Nebraska tried — but failed — earlier this year to pass a law that would have banned all abortions when the U.S. Supreme Court overturned Roe v. Wade.

A Facebook spokesman declined to talk about the details of this case, but the company has said that officials at the social media giant “always scrutinize every government request we receive to make sure it is legally valid.”

Facebook says it will fight back against requests that it thinks are invalid or too broad, but the company said it gave investigators information in about 88% of the 59,996 times when the government requested data in the second half of last year.