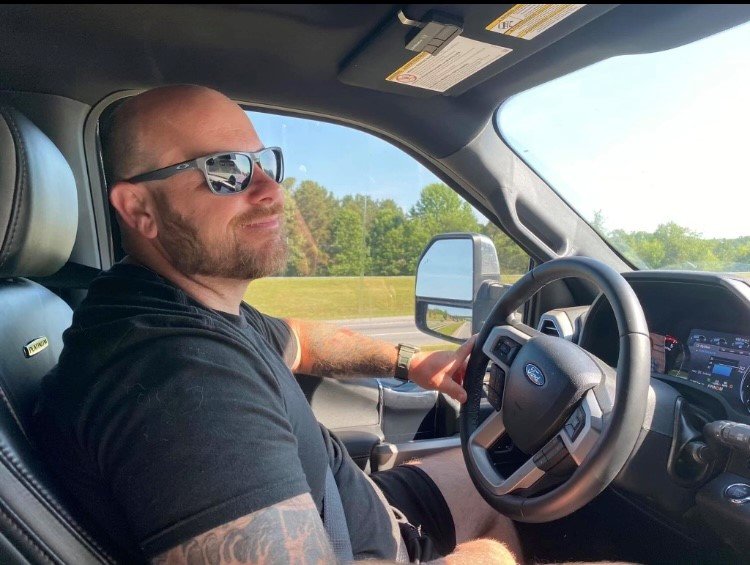 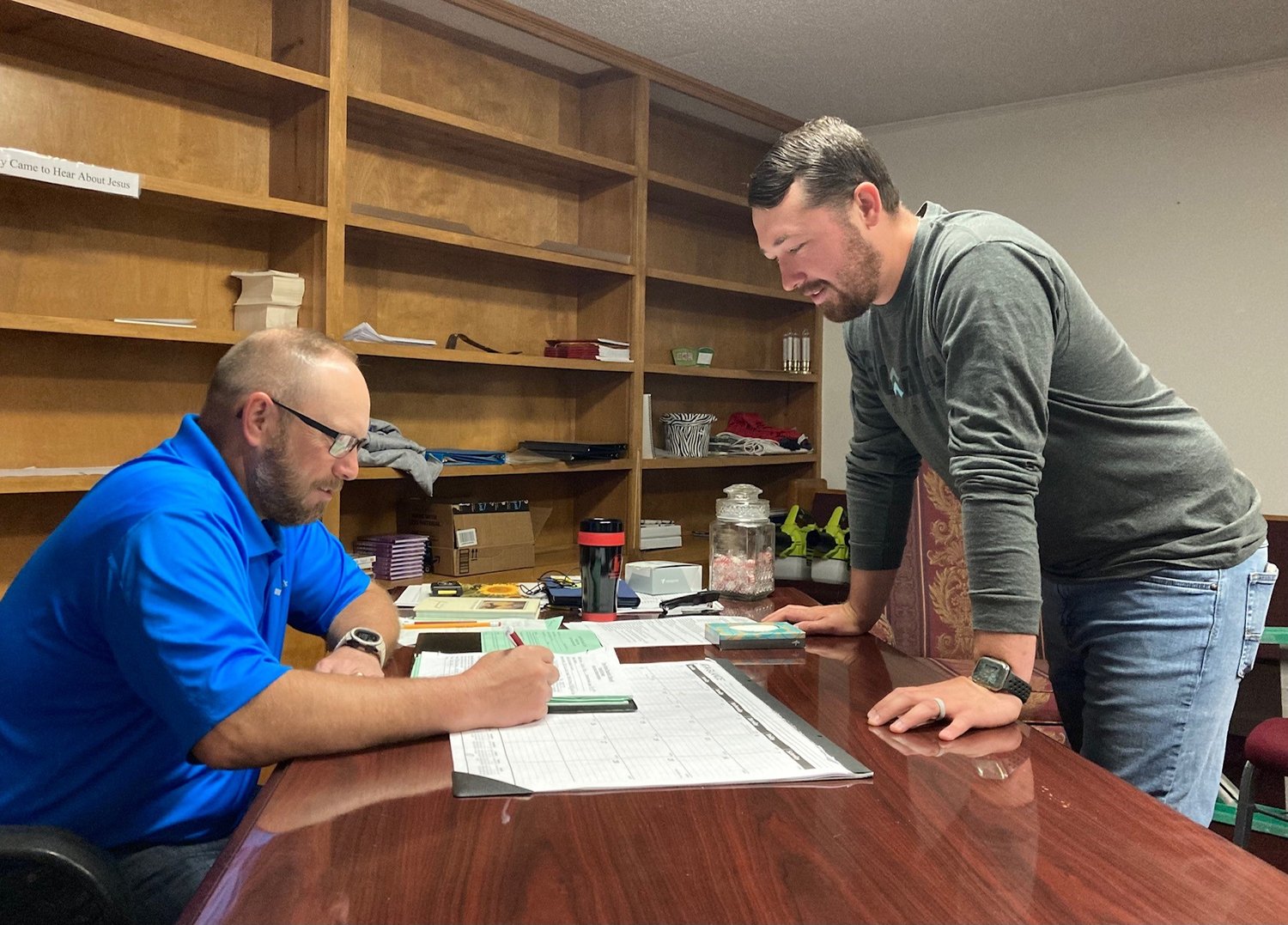 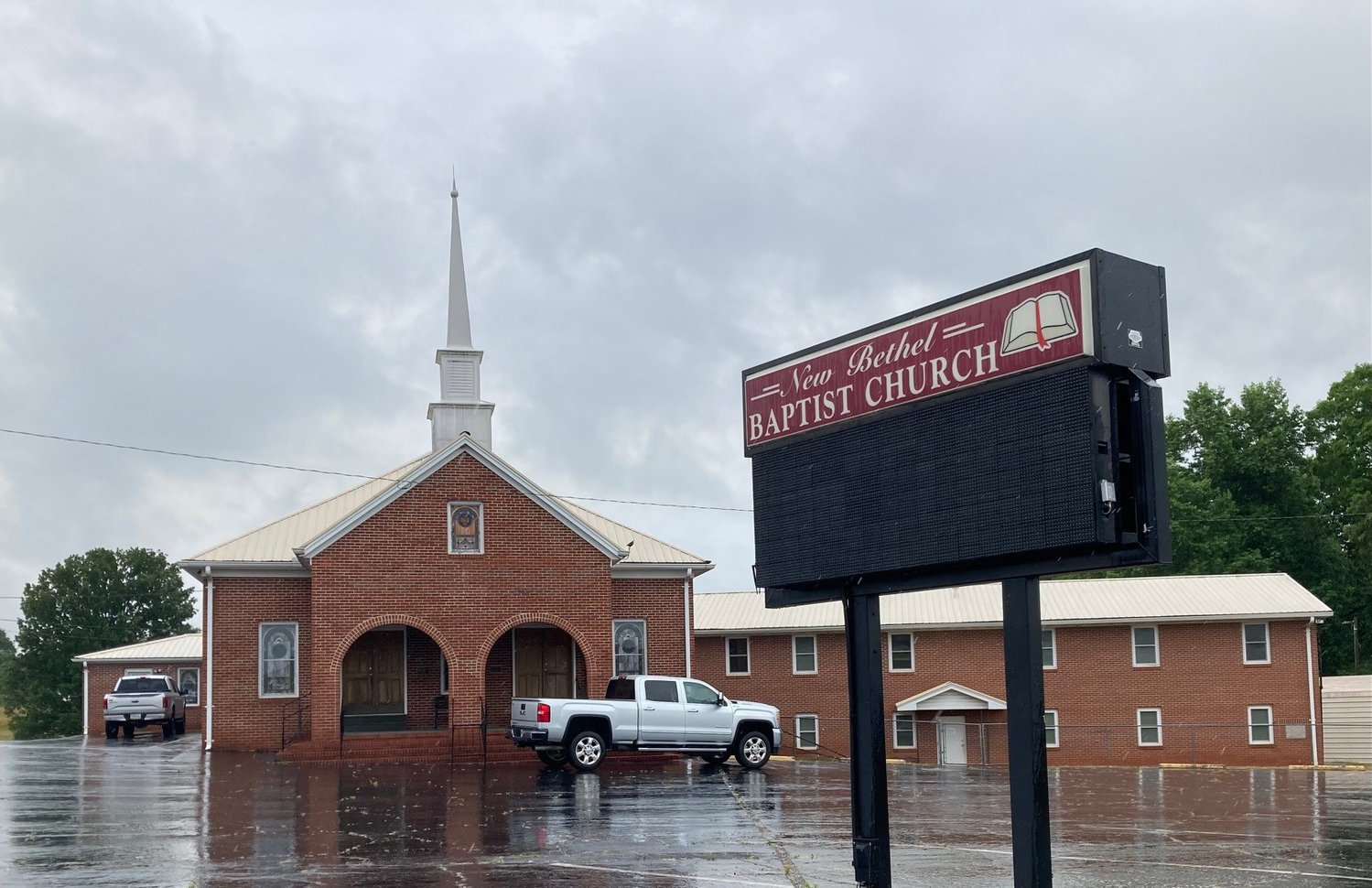 New Bethel Baptist Church has grown to the point of needing to expand its building.
Previous Next
Posted Tuesday, May 24, 2022 12:55 pm
By ROGER ALFORD, The Christian Index

CARNESVILLE, Ga. – Anyone living within a 7-mile radius of New Bethel Baptist Church has either already had a personal visit from the congregation or soon will.

Pastor Joey Gilbert is convinced knocking on doors remains the best way to reach people, especially in the rural South where hospitality almost always assures a warm welcome and an invitation to sit a spell.

Gilbert and his congregation are about three-fourths of the way through an initiative to visit every home in their sparsely populated section of northeast Georgia.

The results of the initiative, led by Outreach Minister Ryan Bennett, have been remarkable: More than 50 salvation decisions in the past year.

The New Bethel folks, who have seven baptisms scheduled for this Sunday, don’t stop with the invitation. They also offer a ride to church on one of the congregation’s three buses.

What Bennett has found is that even parents who won’t go to church themselves want their children to go.

The door-knocking campaign has led to significant growth in the church’s children and youth programs, which have gone from about a dozen kids to about 85 on Wednesday evenings. Gilbert credits his youth pastor, Caleb Bond, with putting together compeling and relevant Bible studies and worship experiences for those under 18.

"The kids are loving it," Gilbert said.

Without Bennett's outreach initiative, Gilbert said, the kids would have no way to know about the youth program, nor would they have a means to get to the church.

"We’ve purchased two more 15-passenger vans in the past year, and, if things keep progressing the way they are, we’ll soon have to purchase another one," Gilbert said. "hat’s because people respond when a church member takes the time to go to their homes and offer personal invitations. Door-knocking really does work.”

Mike Blount, the associational missions strategist in the Tugalo Baptist Association, said New Bethel is showing that doing the thing Christians are called to do, going out and getting people, still works.

“The Bible says to go out into the highways and hedges and compel them to come in,” Blount said. “Too many churches have quit inviting and quit going after people. We’ve gotten away from the basics.”

Some church leaders, Blount said, mistakenly believe people don’t want anyone dropping by to tell them about Jesus or to invite them to church.

“Over the years, I’ve knocked on hundreds and hundreds of doors, and I can count on one hand the number of people who have been rude,” he said. “Most people are very hospitable.”

Gilbert, a bi-vocational pastor who also is a land surveyor, became pastor at New Bethel in December of 2019, shortly before the COVID-19 pandemic reached Georgia. Like other churches, New Bethel went to online worship early in 2020, followed by drive-in services.

As soon as the schools reopened, the church did the same. That’s when the church began to grow, reaching the current 160 people in Sunday morning worship. To accommodate the kids, the church is preparing for a building expansion project.

“I grew up in a time and place when everyone in our community went to church, but that’s not the case anymore,” Gilbert said. “These days, it takes effort to bring people in. You can’t just open the doors and expect the pews to fill up.”

Gilbert and his congregation looked at what they could do to reach their community. The answer they settled on was a bus ministry.

And that’s why on Tuesday evenings, Ryan Bennett and the outreach team from the church go out knocking on doors. If they don’t get the whole family in church, usually they’ll at least get the kids.

“Our job is to reach people,” Gilbert said. “I don’t know a better way to do that than to go knock on their doors and extend a personal invitation.”