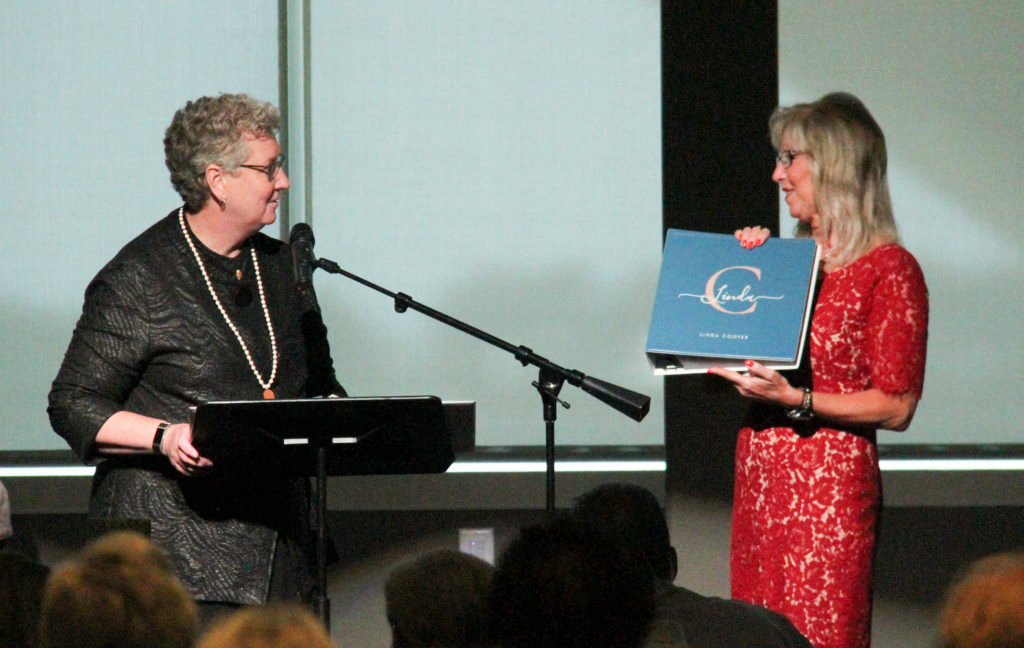 Cooper, whose standard five-year term was extended during the COVID-19 shutdown, encouraged Dixon to remain focused on God and His Great Commission. Dixon served 13 years through December 2020 as executive director of the New Mexico WMU.

“Always remember, the Lord’s goodness, His grace, His mercy and His forgiveness is always sufficient. Never let it get old and never take it for granted,” Cooper charged Dixon. “May it never be about who you impress, but who you impact with the Gospel.”

Shirley McDonald of Texas was elected national recording secretary for 2021-2022. McDonald and Dixon join National WMU Executive Director/Treasurer Sandra “Sandy” Wisdom-Martin, who continues in the post she has held since August 2016.

Cindy Walker of Minden, La., received the Dellana West O’Brien Award for Women’s Leadership Development in honor of the former national WMU executive director. Walker has led Girls in Action and Acteens at First Baptist Church in Minden for a combined 50-plus years, has served on the WMU Foundation and has exhibited a commitment to missions and missions education, WMU said in announcing the award.

Kina Jones, a graduate of Begin Anew (formerly the Christian Women’s Job Corps), was presented the Sylvia Bentley Dove Award. Since earning a GED through CWJC at the age of 50, Jones has launched a cleaning business and serves as a Begin Anew volunteer.

“Relentless Journey” was the theme as hundreds gathered at the WMU Missions Celebration and Annual Meeting from 1-5 p.m.

Cooper reminded WMU of its mission to take the Gospel into all the world, referencing International Mission Board statistics that globally nearly 155,000 people die daily without a saving relationship with Jesus Christ. She termed the level of lostness as “unacceptable.”

“I truly believe God has his hand on WMU, guiding every step. … God is not limited in His ability or His willingness to provide just what we need to those who are willing to be used for His glory,” Cooper said. “We must not allow our feelings of inadequacy keep us from doing what God has called us to do. …. If God can use a simple country girl from Kentucky, He can use you, and He wants to.”

Cooper updated attendees on WMU’s missionary and educational work through the local church and international outreaches that include WMU chapters in all 50 states and 39 countries.

“You have a rare gift as a leader. I’ve seen you hold your own with the most prestigious in our denomination, and I’ve seen you get around on the floor with the kids at the SBC day camp,” Lee said of Cooper. “You look at everyone through kingdom eyes, seeing them as equally important and valuable.”