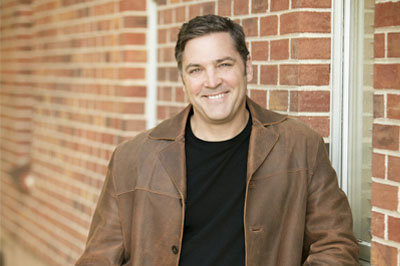 From the moment the interview starts with new Promise Keepers CEO Ken Harrison, you can tell something is special about the organization. Harrison is excited and eager to talk about what he is hoping will be not just a new program, but a movement that will change the course of culture and history.

Harrison isn’t your typical fit when you think of a CEO of a major ministry organization such as Promise Keepers. Previously, Harrison was a LAPD street cop, real estate mogul, and CEO of WaterStone Foundation (a Christian community organization that gives a million dollars a week away). In addition to these, he is also a new author of "Rise of The Servant Kings." According to OS Guiness, “'Rise of The Servant Kings' is a soul-stirring book which calls for men to ‘rise to the challenge of the hour.’"

This is one of the reasons why Harrison was eager to take on the challenge of leading the new era of Promise Keepers. However, he would be first to admit that when offered the position he did wonder, “Why me?" That question was erased from his mind, however, when he heard from people about the impact that Promise Keepers played on their lives.

Time for a new era

"I will never forget calling a pastor's widow to thank her for her gift to the ministry that she has been making for over a decade and hearing her say the reason why she gives from her meager income is because of the life change the ministry contributed to her husband when he attended Promise Keepers,” he said. Harrison has been moved by stories such as these. It's also one of the reasons why he believes it is time for men to experience the new era of Promise Keepers.

According to Harrison, the number one story he hears from men who were boys when their dads took them to Promise Keepers was that it was the first time they saw their dad vulnerable enough to tell them they love them.

If a person only spends five minutes with Harrison, they will know immediately that he is a man who is direct and to the point. So when asked about what happened to Promise Keepers and why they went away, Harrison is forthright.

“They lost their vision and too many men took over in their flesh instead of listening to God," he explained. When asked if that could be published, Harrison didn't think twice: "Yes.”

Harrison further said that "Pride and ego causes us to lose our vision. God doesn't need us." Although he is thankful that Promise Keepers is coming back, he wants it to be known that it is all about God and not about size or personality.

It is easy to hear in Harrison's voice the calling and challenge he believes men need in our culture. Although the kickoff of the new era of Promise Keepers is a year away, Harrison is excited at what men will encounter when they enter the Dallas Cowboy's arena July 31-August 1, 2020.

"There is nothing like seeing and hearing 70,000 men worship God," he commented.

The event will be simulcast for those unable to make the journey to Dallas. When asked what men would experience in the new era of Promise Keepers, Harrison quickly pointed out how they will still experience a lot of the elements they loved about Promise Keepers in the past.

For example, men will experience praise and worship. "When I encounter men who have been to Promise Keepers, one of the memories that they love to tell me about is hearing thousands of men sing together,” he said. Men will also encounter stirring messages, a staple of past Promise Keepers’ meetings.

Harrison believes every man of faith has a journey, and that men want to be called out to do great things. In his new book, Harrison states, "For some of us, it is one great moment of intense pain, like the one Peter went through, that breaks our cycle of failure from living in the flesh. For others it’s a series of moments." He wants men from Georgia to Texas to experience moments of God’s presence at Promise Keepers.

He also wants men to take those experiences from the conference and go change their community, no matter where they live.

Harrison believes evidence of the new Promise Keepers' effectiveness will come in the movement to follow. Those men, he feels, will produce in their churches by stepping up to the plate and not waiting on their pastor to do all the work. He wants them to lead alongside the pastor in meeting the needs of their community.

"Because of what God has done at Promise Keepers,” he said, “our communities should not be the same after the event. That’s how I will know we have made a difference."