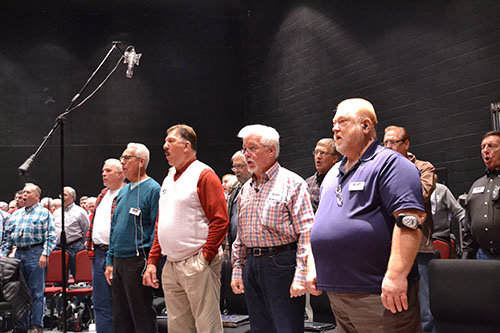 Members of the Sons of Jubal record their latest CD, "Were You There?" at the group's annual retreat in January. Proceeds from the CD will go toward the group's mission trip in 2018 to Wales and England. EDDY OLIVER/GBMB

DULUTH — A newly-available CD featuring the Sons of Jubal is available for purchase, with proceeds funding a mission trip next year for the group as well as other Georgia Baptist ministers and laity.

The trip to England and Wales, slated for April 26-May, 2018, follows others for the group made up entirely of Georgia Baptist music ministers.

“The Sons of Jubal have taken several international tours over the last 15 years,” explained Jon Duncan, director and state missionary in Worship and Music Ministries of the Georgia Baptist Mission Board.

Singing and missions in China, Israel

A particularly momentous mission trip in 2012 saw the group travel to China and North Korea. 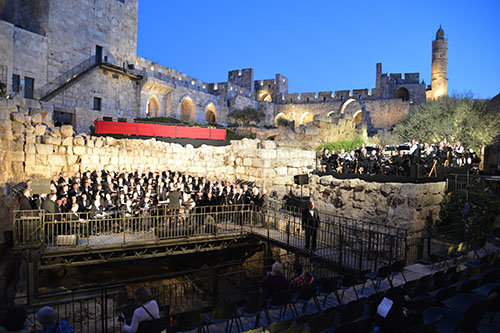 The Sons of Jubal journeyed to the Holy Land in 2015. There, the group presented a live television broadcast from the Citadel (Tower of David) in the Old City portion of Jerusalem. EDDY OLIVER/GBMB[/caption]

“We participated in an international arts festival in which nearly all the countries were communist,” Duncan said. “They presented us the award for best chorus. We also sang to a nationwide television audience, and while in Beijing presented several concerts with the Conservatory of Music and local churches.”

The group’s talent will be on display through “Were You There?” a CD of 12 tracks at 230 voices strong.

In October 2015, the Sons of Jubal traveled to Israel. In addition to singing to schoolchildren, the group also presented concerts on the Via Dolorosa and at David’s Citadel, which received international coverage.

“They also presented a concert at the convention center of the in Bethlehem,” said Duncan. “Many Muslims attended, with two young Muslims receiving Christ as Savior.”

Duncan and Georgia Baptist Executive Director J. Robert White, who will be participating in the England and Wales trip, will undertake a planning meeting this October. At that time, more details as to the group’s itinerary will be nailed down. A major concert in Wales has already been scheduled for Cardiff. So far stops in England include Coventry and London. 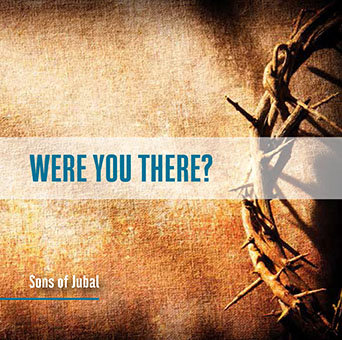 The new CD is available at the Georgia Baptist Mission Board e-store as well as on iTunes, Google Play, Amazon, and CD Baby.

Along the way, Duncan added, the Sons of Jubal will conduct workshops for Baptist churches in evangelism.

So why Wales and England?

“We selected this location through the prayers of myself and Dr. White,” explained Duncan. “He felt led to take the first of the Gospel to an area in need of revival. Our choir is a rare mix of outstanding musicality and heartfelt passion for the Gospel of Christ. The impact this group can make will be quite significant.”

The Sons of Jubal have 250 active members. Duncan expects approximately 175 to go on the mission trip next year in addition to 125 pastors, lay leaders, and spouses.

“Were You There?” is currently available for $15 through the Georgia Baptist Mission Board e-store. It can also be downloaded on iTunes, Google Play, Amazon, and CD Baby.

For more information or interest in participating, contact Dana Bailey, state missionary support in Worship and Music Ministries at dbailey@gabaptist.org or call (770) 936-5265.