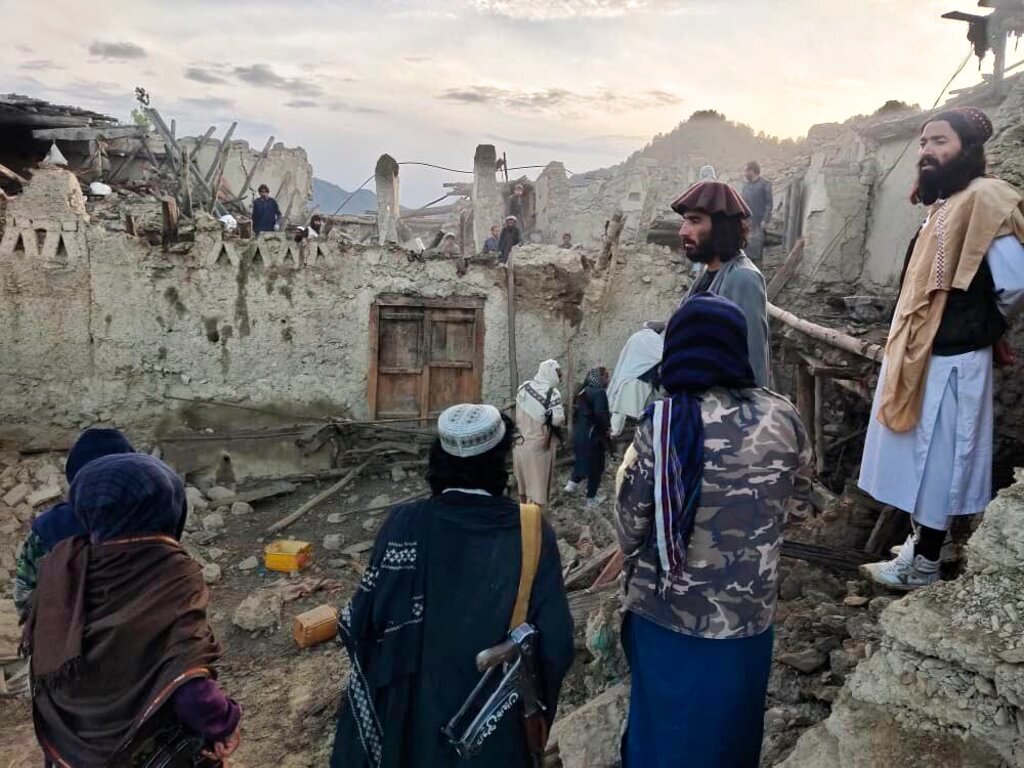 Afghans look at destruction caused by an earthquake in the province of Paktika, eastern Afghanistan, Wednesday, June 22, 2022. (Bakhtar News Agency via AP) 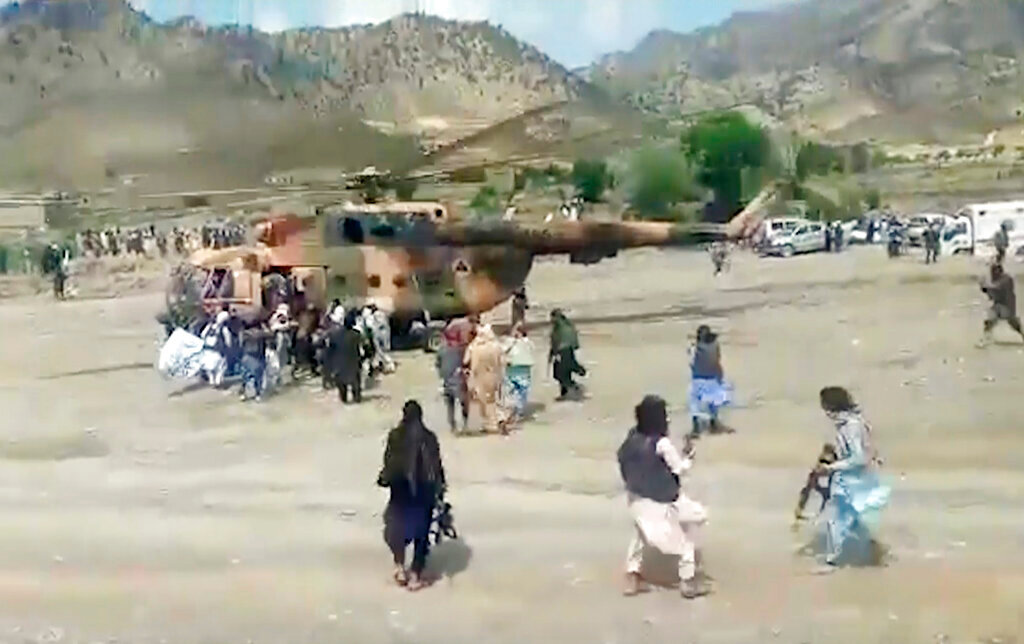 KABUL, Afghanistan (AP) — Afghanistan’s state-run news agency says an earthquake in the country’s east has killed 1,000 people and injured 1,500 others.

That latest figure came from the Bakhtar News Agency as officials tried to help those affected by Wednesday's temblor.

Information remained scarce on the magnitude 6.1 temblor near the Pakistani border, but quakes of that strength can cause severe damage in an area where homes and other buildings are poorly constructed and landslides are common. Experts put the depth at just 6 miles — another factor that could increase the impact.

The disaster posed a major test for the Taliban-led government, which seized power last year as the U.S. planned to pull out from the country and end its longest war, two decades after toppling the same insurgents in the wake of the 9/11 attacks.

Rescuers rushed to the area by helicopter Wednesday, but the response is likely to be complicated since many international aid agencies left Afghanistan after the Taliban takeover.

Neighboring Pakistan’s Meteorological Department said the quake's epicenter was in Afghanistan's Paktika province, some 31 miles southwest of the city of Khost. Buildings were also damaged in Khost province, and tremors were felt as far away as the Pakistani capital of Islamabad.

Footage from Paktika showed men carrying people in blankets to waiting helicopters. Others were treated on the ground. One resident could be seen receiving IV fluids while sitting in a plastic chair outside the rubble of his home and still more were sprawled on gurneys. Some images showed residents picking through clay bricks and other rubble from destroyed stone houses, some of whose roofs or walls had caved in.

In most places in the world, an earthquake of this magnitude wouldn’t inflict such extensive devastation, said Robert Sanders, a seismologist with the U.S. Geological Survey. But a quake’s death toll more often comes down to geography, building quality and population density.

“Because of the mountainous area, there are rockslides and landslides that we won’t know about until later reporting. Older buildings are likely to crumble and fail,” he said. “Due to how condensed the area is in that part of the world, we’ve seen in the past similar earthquakes deal significant damage.”

Earlier, the director-general of state-run Bakhtar news agency, Abdul Wahid Rayan, wrote on Twitter that 90 houses have been destroyed in Paktika and dozens of people are believed trapped under the rubble. The Afghan Red Crescent Society had sent some 4,000 blankets, 800 tents and 800 kitchen kits to the affected area, he added.

In Kabul, Prime Minister Mohammad Hassan Akhund convened an emergency meeting at the presidential palace to coordinate the relief effort, and Bilal Karimi, a deputy spokesman for the Taliban government, wrote on Twitter to urge aid agencies to send teams to the area.

The “response is on its way,” the U.N. resident coordinator in Afghanistan, Ramiz Alakbarov, wrote on Twitter.

That may prove difficult given the situation landlocked Afghanistan finds itself in today. After the Taliban swept across the country in 2021, the U.S. military and its allies fell back to Kabul’s Hamid Karzai International Airport and later withdrew completely. Many international humanitarian organizations followed suit because of concerns about security and the Taliban's poor human rights record.

In the time since, the Taliban has worked with Qatar, Turkey and the United Arab Emirates on restarting airport operations in Kabul and across the country — but nearly all international carriers still avoid the country, and reluctance on the part of aid organizations to put any money in the Taliban's coffers could make it difficult to fly in supplies and equipment.

Pakistan’s Prime Minister Shahbaz Sharif in a statement offered his condolences over the earthquake, saying his nation will provide help. At the Vatican, Pope Francis offered prayers for all those killed and injured and for the “suffering of the dear Afghan population.”

In just one district of Khost province, the earthquake killed at least 25 people and injured over 95 others, local officials said.

Some remote areas of Pakistan saw reports of damage to homes near the Afghan border, but it wasn't immediately clear if that was due to rain or the earthquake, said Taimoor Khan, a disaster management spokesperson in the area.

The European seismological agency, EMSC, said the earthquake’s tremors were felt over 500 kilometers (310 miles) by 119 million people across Afghanistan, Pakistan and India.

Mountainous Afghanistan and the larger region of South Asia along the Hindu Kush mountains has long been vulnerable to devastating earthquakes.